Say You Will by Fleetwood Mac Album Info

Lindsey Buckingham hadn't recorded a studio album with Fleetwood Mac in 16 years when Say You Will was released in April 2003. His partner, Stevie Nicks, had been missing in action from the group since 1990, and while both joined the reunited group in 1997 for a tour and live album (The Dance), not to mention Bill Clinton's 1993 inauguration, it had been a long, long time since the two made new music for the Mac. They were lured back into the fold for...well, the specifics -- whether money, prestige, status, publicity, or creativity -- don't really matter, since the end result is the same, it's that Buckingham and Nicks have come home. This doesn't qualify as a full-fledged Fleetwood reunion, since Christine McVie isn't here, choosing to opt out of this high-profile return to the breach (although her playing is occasionally heard on the album). This results in a record that never quite sounds like Fleetwood Mac. Mick Fleetwood and John McVie are so grateful to have the two superstars back in the group that they cede ground to Buckingham and Nicks, who never collaborate as much as share space. Each singer/songwriter is given nine songs apiece, a move which, in itself, would not necessarily be a problem, but over the course of this lengthy, lengthy album, the evenhandedness starts to give the impression that this is two solo albums presented as a group effort. An assessment that's a little harsh, since the group can still conjure echoes of their classic sound, but the division of work is so deliberate and their work so dissimilar, it can't help but feel like two separate pieces pushed together to make the whole. Which is where Christine McVie becomes a critical factor. While never a star like Nicks, nor possessing the mad genius of Buckingham, McVie was a strong, likeable songwriter whose gently melodic works balanced the extremities of her bandmates while also forcing them to choose the best material to fit the record. Add to this that Fleetwood Mac have decided to run wild with the length of a CD, producing a record that is significantly longer than the messy, chaotic Tusk, but without its inspired insanity or depth of sound and character. Here, even if most songs are in the four-minute ballpark, they all feel longer, partially because the album clocks in at nearly 80 minutes and the sequencing flows as it was designed by committee. So, Say You Will winds up occupying a strange middle ground, often feeling as if it was Lindsey Buckingham and Stevie Nicks' albums bouncing around on shuffle play, but also occasionally flashing moments that are purely, satisfyingly Fleetwood Mac. Although there are occasional misguided attempts to modernize the songs -- most notably drum loops on some of Nicks' songs -- none of the songs sound as if the band were forcing themselves to sound contemporary. Sure, it sounds commercial, but that's the band's idiom -- what's important is that it never sounds compromised, it sounds as if the band is at once trying too hard while being unwilling to sacrifice individual moments for the greater good. So, Say You Will straddles many lines at once. Nicks' material is better-realized than many of her recent albums, but Buckingham's always sounds as if it should be wilder than it is (it should all sound as unrestrained as his guitar, which is continually surprising throughout the record). It never sounds like classic Fleetwood Mac, nor does it sound modern. It often sounds like solo albums, but without the freedom that allows. Most of these problems derive merely from the length. Cut out half of the record -- have it weigh in at nine or ten songs and run no longer than 45 minutes -- and it would have been a good, solid comeback, perhaps even eclipsing the uneven Tango in the Night. But there are too many songs, simply too much to make Say You Will work, even if there is enough to admire to make you wish it did. ~ Stephen Thomas Erlewine, Rovi

news flash: not eating raw meat while touching yourself on stage, spitting on cameras, and kissing everyone that br…

@LiliaMarieEllis: Christians today: noooo you can’t say Christ is feminine:(( you can’t say the side wound looks like a vagina:(( this i…

@elonmusk I have much to say (mostly about good things and love and such). Many love to hear the wisdom until I say…

I’m a P. I’m so low key you will never know who I’m fucking. I could be fucking the president and won’t say a word.

@goodside: OpenAI’s ChatGPT is susceptible to prompt injection — say the magic words, “Ignore previous directions”, and it will happily…

OPPA ActorLeeMinHo PLEASE FOLLOWBACK ME OR SAY "HY" TO ME ! I LOVE YOU! IF YOU DO THAT.. I WILL NOT CHANGE MY AVA UNTIL 5 MONTHS <3

@SittinPrettyLay: @tropicalasf @thejassyjass Tbh most men don’t even do 50/50 based off what you saying. They say they will but do they…

@Jim_Jordan The truth doesn't fit the illegitimate image they want to sell to 'we the people'. They believe we are…

@TyshaunJ2: It’s a business but you still get life long friends out of it . Coach Mac is a good coach but better person. We’ve had our u…

@casspernyovest: Believe me when I say #FillUpMmabathoStadium will be the best fill up of ALL TIME!!! The production!!! The stage!! The…

@augustgods: channeled messages from your person with taurus, leo, scorpio, or aquarius placements (sun/venus) + how they're feeling 💗💭…

Seriously, why do so many people market products that could sell themselves so badly? Remember Friends Reunited? If…

@KimboLovesDachs: Pence will never get my vote for President. What say you? 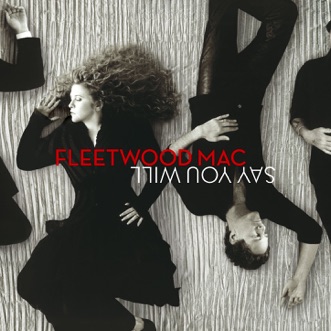 Say You Will Album Credits

Download AlbumBuy Album
℗ 2003 Reprise Records for the U.S. and WEA International Inc. for the world outside of the U.S.
Fleetwood Mac MP3 Albums

Say You Will Similar MP3 Albums