The Wall is a rock opera presented as a double album by the English progressive rock band Pink Floyd, released on November 30th, 1979. It was subsequently performed live, with elaborate theatrical effects, and made into a film. Following in the footsteps of their previous albums, The Wall is a concept album — specifically, it deals largely with the theme of isolation from one's peers. The concept was largely inspired by the band's 1977 tour promoting the album Animals, with regards to an incident where Roger Waters' frustration with the audience reached a point where Waters spat in the face of a fan who was attempting to climb on stage; this, in turn, led him to lament that such a wall exists. With its significantly darker theme, The Wall featured a notably harsher and more theatrical sound than their previous releases. The Wall is a rock opera that centres on the character "Pink". Largely based on Waters' personal life, Pink struggles in life from an early age, having lost his father in war ("Another Brick in the Wall (Part 1)"), abused by teachers ("The Happiest Days of Our Lives"), nurtured by an overprotective mother ("Mother"), and deserted by his wife later on ("Don't Leave Me Now") — all of which factored into Pink's mental isolation from society, figuratively referred to as "The Wall". Once Pink is behind his Wall, he slowly becomes insane due to his isolation from his fellow man. This culminates at a concert held by Pink, where he sets his "men" on fans he deems unworthy. He then puts himself on trial ("The Trial") and finds himself guilty for causing his problems. The album then ends with a monologue by Waters; the fate of Pink is unknown. The Wall quickly became a bestseller and was eventually certified 26x platinum. It is the Floyd's second-best-selling album after Dark Side of the Moon. However, The Wall contributed heavily to the split in the group that came soon after its release. Roger Waters (lead vocalist) fired keyboardist Rick Wright part way through the recording sessions and assumed most of the creative control over the album. Pink Floyd produced just one more album, The Final Cut, which was practically a Waters solo project, before Rogers finally left the band in the early 80's.

@LewisHamilton on a more tangible sense, probably to start my own hedge fund at wall street or work in F1 within th…

@keffals: POV: you threatened to line me up against the wall and shoot me and then doxed all my followers who sent complaints about your…

@sanket: An LED TV explosion so powerful that it brought down a wall and killed people instantly. The manufacturers have to explain othe…

@dhampirwomen: also hollywood has been doing historically-inaccurate white casting for *decades* like all the roman empire tv/movies ful…

Added the canvas from LA to the Cardinals Road Trip wall. 6 more teams/stadiums to see! ❤️❤️

@BIDERVERSE: my hyperfixation on steddie is so crazy to the point where I could literally be sitting in the dark abyss of my room at 3am…

Alan Parker has such a unique way of using light and camera angles, even in The Wall you can see it. Love his work!

@AfroAmericanJay: Paul Wall grew up around mostly Black ppl, most of his friends are Black, his wife is Black, he makes music for Black…

@losmuertosart: A Sneak Peak into the commissioned art & logo I designed and am painting on the outside wall of the Black Bird Saloon in…

@SenJohnKennedy: More fentanyl has shown up at our border this year than ever before—12,000 pounds. I helped introduce the WALL Act to…

People still think hoodoo is inherently evil though so trying to tell folks this is like talking to a brick wall. I… 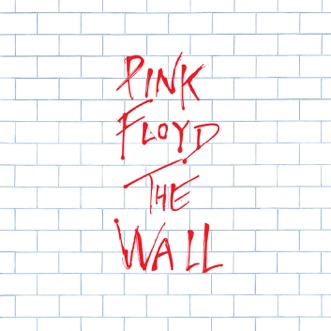