Scream is the third solo studio album by American musician Chris Cornell. Released on March 10, 2009, through Suretone Records and Mosley Music Group, it marked a shift from Cornell's previous musical efforts with the exclusion of some guitar and rock elements that were replaced with producer Timbaland's electronic pop soundscapes. The album was promoted with the release of five digital singles and three music videos, and was met with mostly negative reviews. The album debuted in the U.S at number 10 on the Billboard 200 with 26,000 copies sold. With the idea of remixing songs from his previous album Carry On (2007), Cornell first came into contact with Timbaland. However, the collaboration evolved into the duo writing and recording an entire album in just six weeks, notably with the conceptual direction of "tying it all together musically", which Cornell describes as " back to albums that I listened to when I was a kid, where the music never stops" and that it "begs to be listened to on headphones all the way through". Billboard reported that Scream shows Cornell moving "in a much more pop-oriented direction, with busy drum machine beats, buffed-up chorus vocals and string samples filling the nooks and crannies", comparing it to Gnarls Barkley and less that of "the guitar-driven music of Cornell's past with Soundgarden and Audioslave". Despite the controversy caused by teaming up with Timbaland, Cornell insisted that he still played an integral part of the album's creation and didn't do what "Timbaland told me to do," further noting that they "didn't really have that relationship" and "it wasn't that type of a process. It was more, he would bring in a beat, an idea, I would write to it and sing it, and we would move on kind of to the next thing." Describing the album as a whole, Cornell compared it to Pink Floyd's The Dark Side of the Moon and Queen's A Night at the Opera, citing the psychedelic elements that Timbaland brought into the production. 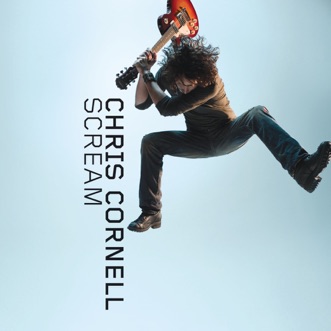