My Beautiful Dark Twisted Fantasy is the fifth studio album by American musician Kanye West. It was released by Def Jam Recordings and Roc-A-Fella Records on November 22, 2010, following a period of public controversy for West in the preceding year, for which he retreated to a "self-imposed exile" in Hawaii. There, he worked on the album in a communal recording environment that involved numerous contributing musicians and producers. Guest vocalists on the album include Nicki Minaj, Rihanna, Bon Iver, Jay-Z, Pusha T, Rick Ross, Kid Cudi, John Legend, Elton John and Raekwon. Production was primarily handled by West, with additional production from a variety of high-profile record producers including Mike Dean, No I.D., Jeff Bhasker, RZA, S1, Bink, and DJ Frank E. Noted by critics for its maximalist aesthetic, opulent production quality, and dichotomous themes, My Beautiful Dark Twisted Fantasy incorporates aspects of West's previous works, including soul, baroque, electro, and symphonic styles. The album deals with themes of excess and celebrity, and explores such issues as consumer culture, race, and the idealism of the American Dream. To promote the album, West released free songs through his G.O.O.D. Fridays series, and four singles: the Billboard hits POWER, Monster, Runaway, and the international hit All Of The Lights. The album was also promoted with a short film directed by West called "Runaway" set to the album's music, functioning as a companion piece to the record. The album debuted at number one on the Billboard 200 and has since been certified 3x platinum by the RIAA for having sold over 3,000,000 copies in the United States as of 2022. In its first week of release, the album debuted at number one on the US Billboard 200, selling 496,000 copies. The entry blocked Nicki Minaj's debut album Pink Friday from the top spot with 375,000 sales; the week marked the first time in two years that the chart had two albums bow with over 300,000 units. It also gave West his fourth consecutive US number-one album and surpassed the 450,000 first-week sales of 808s & Heartbreak, with the debut becoming the fourth-best sales week of 2010. The album's first-week digital sales of 224,000 units accounted for 45% of the total and stood as the fourth-highest digital copies for an album in a week. In its second week on the Billboard 200, My Beautiful Dark Twisted Fantasy descended six places to number seven with 108,000 copies sold, marking a 78% sales decline while remaining above Pink Friday by one place. The album lasted for 115 weeks on the Billboard 200, and as of July 2013, it has sold 1,300,000 copies in the United States, as reported by Nielsen SoundScan. By June 2011, the album had sold 483,000 digital copies, ranking as the second best-selling digital rap album ever. On November 23, 2020, My Beautiful Dark Twisted Fantasy was certified triple platinum by the Recording Industry Association of America (RIAA) for pushing 3,000,000 certified units in the US. According to Billboard, as of 2022, My Beautiful Dark Twisted Fantasy is one of the 15 best-performing 21st-century albums without any of its singles being number-one hits on the Hot 100. My Beautiful Dark Twisted Fantasy was a chart-topper in Canada, giving West his fourth number-one album on the Canadian Albums Chart. It was less successful in Denmark, reaching number four on the Danish Albums chart. On March 9, 2021, the album was certified double platinum by IFPI Danmark for shipments of 40,000 in Denmark. My Beautiful Dark Twisted Fantasy opened at number six on the ARIA Albums chart and on September 10, 2021, it was awarded a double platinum certification from the Australian Recording Industry Association (ARIA) for over 140,000 copies shipped in Australia. The album charted within the top 10 in Norway, South Korea, New Zealand, and Switzerland. In 2018, it was reported that My Beautiful Dark Twisted Fantasy had been streamed a billion times on Spotify. Widely considered West's magnum opus, the album was an immediate and widespread critical success. It became the first new release to be rated a perfect 10 by Pitchfork since Wilco's 2002 album Yankee Hotel Foxtrot, became West's third studio album to top the Village Voice's annual year-end Pazz and Jop critics' poll, was named the best album in many publications' year-end and decade-end lists (including Rolling Stone, Billboard, Pitchfork, Stereogum, and The A.V. Club), and has since appeared on several lists ranking the Greatest Albums of All-Time, including on Rolling Stone Magazine's 2020 List of the 500 Greatest Albums of All-Time, and NME's 2013 list of the 500 Greatest Albums of All-Time.

I really don’t know if there’s a better album than My Beautiful Dark Twisted Fantasy, if I’m being completely honest

my beautiful dark twisted side of the moon fantasy

Her pussy bald and she thought My Beautiful Dark Twisted Fantasy was just ok, I call her Anthony Fantano 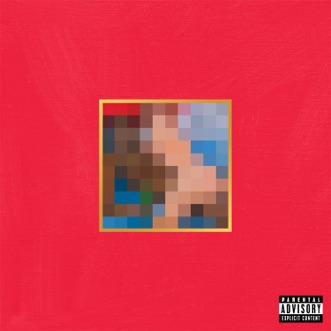