Honeymoon is the third major-label studio album and third major-label record by American singer Lana Del Rey. It was released on September 18, 2015, by UMG Recordings, and was produced by Del Rey alongside longtime collaborators Rick Nowels and Kieron Menzies. Upon release, Honeymoon received acclaim from music critics. The album debuted at number two on the US Billboard 200, selling 116,000 units in first week, and peaking at number one in Australia, Greece and Ireland. "High by the Beach" was released as its lead single on August 10, 2015, and was followed by promotional singles "Terrence Loves You", "Honeymoon", and "Music to Watch Boys To" in anticipation of the parent record. 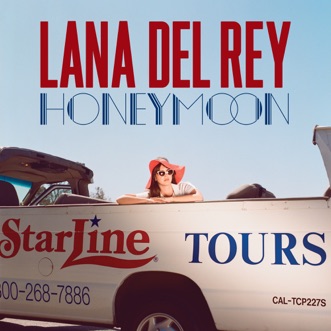