Starboy by The Weeknd Album Info

Starboy is the third studio album by Canadian singer and songwriter The Weeknd. It was released on November 25, 2016 by XO and Republic Records. The album features guest contributions from Daft Punk, Lana Del Rey, Future, Kendrick Lamar and Daniel Wilson, the last one wasn't credited. The lead single is the title track, "Starboy", which was released on September 22, 2016. After the commercial success of his album Beauty Behind the Madness in 2015, The Weeknd hinted at the release of his third studio album on March 12, 2016, with his Instagram calling it the next "chapter" to his music. On August 24, 2016, The Weeknd was confirmed by the Republic Records executive vice president Wendy Goldstein to be collaborating with the French electronic dance duo Daft Punk, during an interview with Billboard. On September 7, 2016, the album was confirmed to be in production from an interview with VMAN, with influence taken from Prince, The Smiths, Talking Heads and Bad Brains. On September 21, 2016, the album overall and its title was officially announced, Starboy was release on November 25, 2016.

@Mikeadesh: When wizkid was performing where did starboy go? #EndSARS

@ManCityKD @city_rabin Leroy was the ultimate starboy. Our own Neymar kind of

life is going great guys,, im having the weekend starboy album on repeat and coffee as my meal while trying to fini…

I miss fucking u

@Mikeadesh: When wizkid was performing where did starboy go? #EndSARS 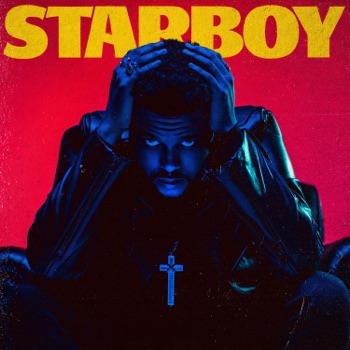