Harder Than Ever is the debut studio album by American rapper Lil Baby. It was released on May 18, 2018 by 4 Pockets Full, Wolfpack Music Group, Quality Control Music, Motown and Capitol Records. The album features guest appearances from Starlito, Drake, Moneybagg Yo, Gunna, Young Thug, Offset, Lil Uzi Vert, and Hoodrich Pablo Juan. It also features production from Southside, Wheezy, Tay Keith, Quay Global and Turbo, among others. Harder Than Ever debuted at number three on the US Billboard 200 chart, earning 71,000 album-equivalent units (including 6,000 copies in pure album sales) in its first week. This became Lil Baby's first US top ten debut on the chart. In its second week, the album dropped to number seven on the chart, earning an additional 45,000 units. In its third week, the album dropped to number nine on the chart, moving 37,000 more units. In its fourth week, the album remained at number nine, earning 34,000 units, bringing its four-week total to 184,000 album-equivalent units. As of December 2018, the album has earned 717,000 album-equivalent units in the US. On February 28, 2020, the album was certified platinum by the Recording Industry Association of America (RIAA) for combined sales and album-equivalent units of over a million units in the United States.

@1True_American_ I am white of Spanish heritage. I was also adopted at a very young age and have never met my birth… 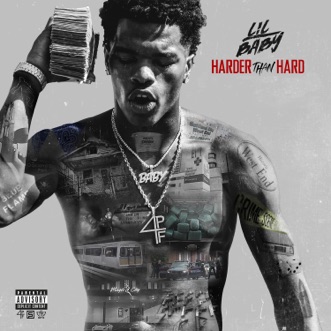