Nothing Happens by Wallows Album Info

"Nothing Happens" is the debut studio album by American band Wallows, released on March 22, 2019 through Atlantic Records. On February 1, 2019, Wallows released the album's first single "Are You Bored Yet?", featuring Clairo. A subsequent music video was also released the same day with a cameo of Noah Centineo. The album's second single "Scrawny" was released on February 18, 2019, whilst the third single "Sidelines" was released on March 8, 2019. The "Scrawny" music video was released alongside the album on March 22nd, 2019. "Nothing Happens" was written and produced by Braeden Lemasters (guitar and vocals), Cole Preston (guitar and drums), Dylan Minnette (guitar and vocals), and alongside with Grammy winner John Congleton. Dylan Minnette was previously known for starring in the Netflix series "13 Reasons Why". Shortly after the season aired, Dylan announced his band "Wallows" and their first single, titled "Pleaser". Wallows began working on "Nothing Happens" in 2018, shortly after releasing their first EP "Spring". Before 2017, Wallows were known as different band names, "The Feaver" and "The Narwhals". "Nothing Happens" (on vinyl, CD, digital streaming and download) was released by Atlantic Records. In support of their debut album, on February 19, Wallows performed "Are You Bored Yet?", featuring Clairo, on The Tonight Show Starring Jimmy Fallon. The day before the album's release, on March 21, Wallows had a full interview with Atwood Magazine, describing the process of writing the album. In April 2019, Wallows performed at Coachella Valley Music and Arts Festival in Indio, California for their very first time. The album was promoted on their 2019-2020 tour, which was cut short due to the 2020 COVID-19 pandemic. "Nothing Happens" received generally positive reviews by contemporary music critics. Gisselle Pernett, writing for Rock Cellar Magazine, found the album a mixture of dance-worthy and nostalgic songs. Olivia Kesling of The Alternative regarded the album as entertaining, with an infectious energy. Meanwhile, Matt Raven of Under the Radar described the musical arrangements similar to The Shins and Death Cab for Cutie.

It's just incredible that the same situation happens over and over and nothing is done.

@afiba_m: Women are not safe in South Africa, an assualt happens in @SAPoliceService premisses right infront of Police and they do NOTHI…

@JohnWitty10 You know nothing about domestic abuse, look up DARVO. A victim fighting back is not the abuser. Never.…

@mekughhh: Trying to gain weight but nothing happens :))

@aksually: the texas shooting has been in the back of my mind all day. it’s gut wrenching, im so numb to all these politicians tweeting…

@curlqueen114 Always a possibility, definitely a space to watch. Clearly something that no one was expecting. Maybe…

even if that happens, yes. we're friends forever. nothing can change that. you'll see.

@Chastityboy281 @dylanobrien Sorry, that's whats been done every time this happens and nothing ever gets done. You… 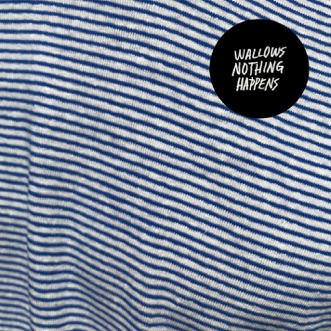