Rare is the third solo studio album by American singer Selena Gomez. It was released on January 10, 2020, through Interscope Records. It was followed by a deluxe version, released April 9th, 2020. As the executive producer, Gomez worked with a variety of producers, including Ian Kirkpatrick, Mike Dean, Jason Evigan, Finneas, Mattman & Robin, Sir Nolan, The Monsters and the Strangerz and David Pramik. Gomez stated that this album is her "diary from the past few years". Musically, it is a pop and dance record, with influences from R&B, Latin pop and electronic music. The standard edition of the album features collaborations with 6lack and Kid Cudi. Rare was preceded by two singles: "Lose You to Love Me" was released as the lead single on October 23, 2019, and topped the Billboard Hot 100, becoming Gomez's first number-one single in the US to do so. "Look at Her Now" was released as the second single the following day, which peaked at number 27 on the Hot 100. The album received generally positive reviews from music critics, many of whom labelled it Gomez's "best album to date", whilst complimenting its production, but describing the songwriting "easy". The deluxe edition of Rare includes five of Gomez's standalone singles released prior to the album: "Bad Liar", "Fetish" featuring Gucci Mane, "It Ain't Me" with Kygo, "Back to You" and "Wolves" with Marshmello. Gomez announced the deluxe version of the album on April 6th, 2020. She announced it would feature 3 new songs, "Boyfriend," "Souvenir" and "She" along with a brand new cover. Proceeds from the deluxe versions would go towards COVID-19 relief funds. Rare debuted atop the US Billboard 200 chart, becoming Gomez's third consecutive number-one album in the US. Rare also debuted at number one in many countries, including Australia, Canada, Norway, Mexico, Belgium, Portugal and Scotland; while peaking in the top 3 of many other countries, including the UK, Germany, New Zealand, Spain and Poland.

@ProTeamCorvette: 1971 Corvette ZR2 TTop, one of 12 ever built. A recipient of a work of art body-off nut and bolt restoration by one of…

@BooBiiinLove: Something I truly LOVE about #MewGulf is how unapologetically they don’t give one flying fuck who is around them. If they…

@selenagomez: Rare (Deluxe) is out now. I hope you can take a moment to disconnect and dance to the new songs!! 💃🏻 …

@ozmining: Rare coloured diamonds to be unearthed in Canada: EHR Resources has partnered with North Arrow Minerals to explore the Naujaa…

I know an almost 9 minute attention span within social media is rare these days (I certainly struggle with it) but,…

@PaulRieckhoff: Admiral Mike Mullen is one of the most thoughtful, experienced, dynamic leaders of our time. Read every word of this ple…

@rexthetvterrier: Today's #stickoftheday may be diminutive, but it's very special. This little hunk of Pignut Hickory is a rare, aspero… 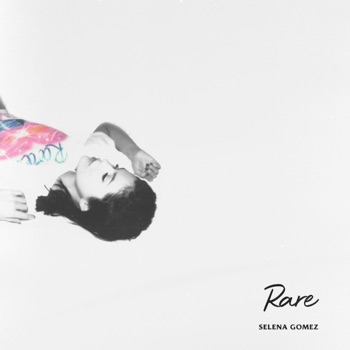