My Turn is the second studio album by American rapper Lil Baby. It was released on February 28, 2020, by Capitol Records, Motown Records, Wolfpack Music Group, and Quality Control Music. The album features guest appearances from Gunna, 42 Dugg, Future, Lil Uzi Vert, Lil Wayne, Moneybagg Yo, Young Thug, and Rylo Rodriguez. The album was supported by five singles: "Woah", "Sum 2 Prove", "Emotionally Scarred", "All In", and "The Bigger Picture". The latter song received two Grammy nominations at the 2021 Grammy Awards. My Turn received generally favorable reviews and debuted atop the US Billboard 200, earning 197,000 album-equivalent units, becoming Lil Baby's first US number-one album. The album has topped the chart for five weeks, making it one of the best performing albums of 2020. It also reached the top 10 in other countries, including Canada and the United Kingdom. The album was certified triple platinum in February 2021. A deluxe edition, featuring six additional tracks, was released on May 1, 2020.

By LADY GAGA is Better!!!

Jacob_Gould3 - Just another rapper that will fade

It is simply just not good.

Another great Album from lil Baby!

He needs to collab with different artists like g herbo. Money bag sucked as a feature. It all sounded the same.

Not good not bad.

Man people need to stop hatin on this dude💯🔥

davidjr81 - Fire from start to finish

Lil Baby and several great features make for a banger album. Lil Baby takes over in several tracks with beats letting you know he’s ready to be back on top.

Crewoffour - This is just garbage

Mumble rap Auto tune monotonous music. I literally have 0 idea why you people praise this guy so much, I’m concerned for rap right now. Shit Da Baby way better than this guy

Tanookichris - It really is his turn 🔥🔥🔥

This along with G Herbo and Young Nudy’s albums are the best in the beginning of 2020 and oh s#it whomever you are and along with the other haters shut up and go find something better to do or go listen to Joyner Lucas and Eminem’s trash music. This 20-song track is really something and I really enjoyed all the content it has to offer especially “Heatin Up” with Gunna that song took off like 🔥🔥🔥. If you’re a die hard SoundCloud Rap fan, I highly recommend this album to you and your buddies.

All I know is the hustle

Lil Baby has gotten criticized in the passed this is not exactly good but definitely seen some improvement from him. Fav Tracks: Heatin Up, Emotionally Scared, Live Off My Closet Worst Tracks: Hurtin, Catch The Sun

I can listen from start to finish! The features on this album are well put together. His song Grace need to be a single.

I’m writing this to your machine that helped me race to the bottom of the charts and since you splattered me with fame all over the world ...wait...not yet but my state knows me, so what’s good ? I’ve done track with Lil Gotti, Qua-Jean, Uzz Kanivin’, Tea-Bag and the Boys...all which I share the localized success of this album. Thanks to you auto tune, for you have helped shape my sound to not only mimic every other rapperz sound, you have made it so that all our music sounds the same too. They say it takes talent to be in a rock band and learn how to make music using actual music instruments...well talent is usuing a computer and one finger press auto tune, press record and then single till the “jumbledwordsibesayincomeoutallcleancauseibeworkinhardalldayya”. RIP-Kendranisha

The only thing that bothers me is that I just feel a re-use of a lot of beats/the flow of almost every solo song is pretty repetitive. There are a few bangers on here tho.

Wher u at - My turn lil baby

At 1st was skeptikal about Lil Baby's style but the revolt tv series made me see how much he from the gutter! He's been heating up and him and Gunna itz a rap!

He said it was his turn and he meant it. Baby’s best album yet 4PF

this album is pretty good, I don't love it but it's his best album yet

One of baby’s best body’s of work 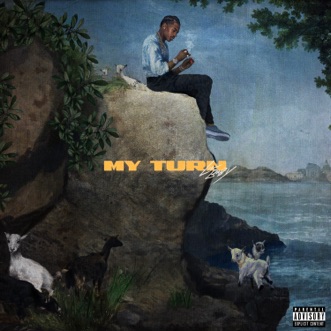