High Off Life is the eighth studio album by the American rapper Future, released on May 15, 2020, by Freebandz and Epic Records. The album was executive produced by DJ Esco, a close friend and frequent producer of Future. It features guest appearances by Travis Scott, YoungBoy Never Broke Again, Young Thug, Lil Uzi Vert, Drake, Lil Durk, Meek Mill, Doe Boy, DaBaby, and Lil Baby. High Off Life received generally favorable reviews from critics and debuted atop the US Billboard 200. It is Future's seventh consecutive album to top the chart. The album was supported by five singles: "100 Shooters", "Last Name", "Life Is Good", "Tycoon", and "Trillionaire", with "Life Is Good" peaking at number two on the US Billboard Hot 100. During an interview with XXL, published on April 7, 2020, Future shared the album's title Life Is Good, titled after the third single. Alongside the announcement, he described the album by stating; "This album right here defines me at a creative level. Going to the next level where you just going to the next level and always going outside the box, but still remaining true to my core fans and my core audience. It's me trying new things. I want to remain true to self, but also true to my fans and just giving them a good project, a great project to be able to listen to, but also for different artists to be able to feed off of, create off of, come up with different ideas and just being at the forefront of just making a solid album, a solid, complete album. It's just very important to me." On May 12, 2020, the album was retitled to High Off Life, as the previous title, Life Is Good, was considered to not play well during a global pandemic (COVID-19). American basketball player Lonzo Ball, a known fan of Future, posted an Instagram story of the album's tracklist, whereafter Epic Records officially announced the album's release on May 15, 2020. The album's first single, "100 Shooters" featuring American rappers Meek Mill and Doe Boy, was released on July 12, 2019. The music video for the song was released on August 22, 2019. The album's second single, "Last Name" featuring American rapper Lil Durk, was released on November 15, 2019. The music video for the song was released on November 20. The album's third single, "Life Is Good" featuring Canadian rapper Drake, was released on January 10, 2020, as well an accompanying music video. The song peaked at number two on the US Billboard Hot 100. The music video for the song, "Tycoon", was released on March 27, 2020. It was released for digital download on April 1, 2020, as the album's fourth single. The song peaked at number 76 on the Billboard Hot 100. "Trillionaire" featuring American rapper YoungBoy Never Broke Again, was sent to rhythmic contemporary radio on May 26, 2020, as the album's fifth single. The song peaked at number 34 on the Billboard Hot 100. The remix of "Life Is Good" featuring Drake and American rappers DaBaby and Lil Baby, was released on February 15, 2020, as the album's first promotional single. High Off Life was certified gold by the Recording Industry Association of America (RIAA) 30 minutes after its release due to a technicality that incorporates the track-equivalent units moved by previously released singles "Life Is Good" and "Tycoon". The album debuted at number one on the US Billboard 200 chart, with 153,000 album-equivalent units (including 16,000 pure album sales) in its first week. This became Future's seventh consecutive album to debut at number one. The album also accummulated a total of 186.3 million on-demand streams of the set's 21 tracks in the week ending May 21. In its second week, the album dropped to number three on the chart, earning an additional 61,000 units. In its third week, the album dropped to number five on the chart, earning 40,000 more units. In its fourth week, the album climbed to number four on the chart, earning 39,000 units, bringing its four week total to 293,000 album-equivalent units. On July 29, 2020, the album was certified platinum for combined sales and album-equivalent units of over a million units in the United States. In the United Kingdom, High Off Life debuted at number five on the UK Albums Chart, moving 4,000 units. It is Future's highest charting album to date in the United Kingdom. 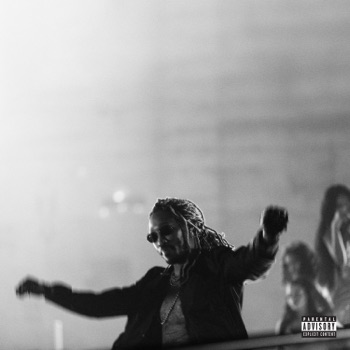