Tea for the Tillerman² by Yusuf Album Info

[This is most probably a Spotify tag for the Cat Stevens album "Tea For The Tillerman"] Tea for the Tillerman is the fourth studio album by singer-songwriter Cat Stevens, released in November 1970. Stevens' second album released during the year 1970, Tea for the Tillerman includes many of his best-known songs such as "Where Do the Children Play?", "Hard Headed Woman", "Wild World", "Sad Lisa", "Into White", and "Father and Son". Four of the tracks ("Where Do the Children Play?", "On the Road to Find Out", "Tea for the Tillerman", and "Miles from Nowhere") were featured in the Hal Ashby and Colin Higgins's black comedy film Harold and Maude, in 1971. Stevens, a former art student, created the artwork featured on the record's cover. With "Wild World" as an advance single, this was the album that brought Stevens worldwide fame.[citation needed] The album itself charted into the top 10 in the United States. In November 2008, a "Deluxe Edition" was released featuring a second disc of demos and live recordings. In January 2012, a hi-res 24/192 kHz version was remastered using an Ampex ATR100 and a MSB Technology Studio ADC and released on HDtracks.com. Critical reception In a contemporary review for The Village Voice, music critic Robert Christgau gave the album a "B–" and found the music monotonous and lacking the "dry delicacy" Stevens exhibited on Mona Bone Jakon (1970). Rolling Stone magazine's Ben Gerson said that Stevens' songs effortlessly resonate beyond their artfully simple lyrics and hooks, despite his occasional overuse of dynamics "for dramatic effect." In a retrospective five-star review, AllMusic's William Ruhlmann praised Stevens' themes of spirituality and transcendence, and felt that he had continued to show his ability as a pop melodicist: "As a result, Tea for the Tillerman became a big seller and, for the second time in four years, its creator became a pop star." On 18 November 2003, Rolling Stone included this album in its 500 Greatest Albums of All Time list at number 206. In 2006, the album was included in the book 1001 Albums You Must Hear Before You Die. In 2007, the album was included in the list of "The Definitive 200 Albums of All Time", released by The National Association of Recording Merchandisers and the Rock and Roll Hall of Fame. 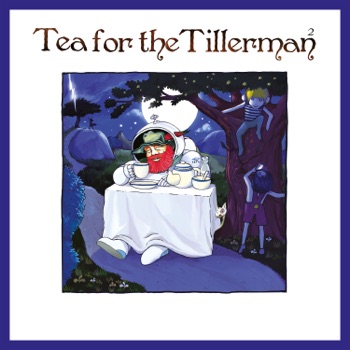 Tea for the Tillerman² Album Credits

Tea for the Tillerman² Similar Albums