Ohms (stylized as _Ohms on physical editions) is the ninth studio album by American alternative metal band Deftones, released on September 25, 2020, through Reprise Records. It reached number 5 on the Billboard 200. Musically, Ohms has been described as an alternative metal and dream pop album. It is the first Deftones album since their eponymous 2003 album to be produced by Terry Date, although the last time the band had worked with him was during the sessions of the unreleased album Eros in 2008. It is also their first album on which Stephen Carpenter utilizes a nine-string guitar. The cover art was designed by Frank Maddocks, who had worked with Deftones on each of their albums since White Pony. There are total of 12,995 dots on the cover art. Many fans believed that the design paid tribute to the band's original bassist Chi Cheng, who died in 2013, as the eyes that appear on the cover art lined up closely with a photo of him. Band drummer Abe Cunningham stated in an interview that this was merely a coincidence, however. He added that the cover art idea reminded him of the 1980s, specifically the music video for Prince's 1984 song "When Doves Cry". Shortly before the album's release, Deftones launched the "Adopt a Dot" campaign, allowing for people to purchase one of the dots on the artwork as their own. A photo of the purchaser would then appear as the dot they purchased and be a part of the "Ohms Adopt a Dot digital experience" viewable online. All of the proceeds from the campaign were given to both the UC Davis Children's Hospital and Crew Nation relief fund. The band began teasing the album's release with a week-long digital campaign in August 2020. Deftones released cryptic social media posts, their official website and animations through Spotify's Canvas feature that when solved revealed the word "ohms" and longitudinal coordinates for a billboard in Los Angeles teasing the album artwork. The campaign concluded with a formal announcement for Ohms and a music video for the album's first promotional song, "Ohms". The music video for "Ohms" was directed by Rafatoon and featured what Rolling Stone described as, "band performance video interspersed with scenes from a dystopian world, mirroring the musically and lyrically heavy song sentiments." At the time of release, vocalist Chino Moreno described "Ohms" as a "a good scope of where this record's at," though in a separate interview producer Terry Date didn't feel like the song was a good choice for the album's lead promotional track. Deftones were originally scheduled to tour North America in support of Ohms with Gojira and Poppy in July to September 2020. Due to the COVID-19 pandemic, the tour was postponed until 2021. Ohms received acclaim from critics. At Metacritic, the album received an average score of 88, based on 19 reviews, indicating "universal acclaim". AllMusic critic Neil Z. Yeung thought that Deftones "take their signature beauty-meets-brutality assault, searching for balance across a tightly focused ten tracks." Yeung further stated: "As a unit, they haven't sounded this refreshed in years." Consequence of Sound's Joseph Schafer described Ohms as "their hardest-hitting effort in years" and "a record that hints at a purified blend of their contrasting influences in its finest moments." Ben Tipple of DIY praised Date’s production work and stated: "If any of Deftones’ previous records are guilty of lacking focus (you decide), ‘Ohms‘ is certainly safe from future vitriol." Describing Ohms as "truly and honestly a breath of fresh air," Exclaim! critic Adam Wallis thought that the record was "just as unique and innovative as each album before it." The Independent's Roisin O'Connor regarded the album as "an intriguing addition to the band’s canon," while David McLaughlin Kerrang! likened the it to a "greatest hits [record] from a parallel plane of existence, yet dense enough to demand deeper exploration." Writing for NME, James McMahon described Ohms as "heavy stuff, both sonically and in emotional clout." Andy Crump of Paste regarded the album as "an engrossing refinement of what they’ve become over years of risk-taking and experimentation." Sputnikmusic staff critic SowingSeason thought that the record "surpasses Deftones’ other iconic releases is in its dense, unpredictable layering and sheer intensity." He further stated: "There aren’t many traits present on Ohms that we’ve never heard from the band before,... but they’ve woven all these glimpses of previous albums together and improved upon them in nearly every facet." In a more mixed review, The Guardian's Dean Van Nguyen wrote that the album "lacks the lateral thinking that distinguished the band’s masterpiece, White Pony." Nevertheless, Nguyen further explained: "Still, by streamlining their sound, Deftones have made an album that proves that ferocity is not a diminishing resource."

Without going into the details of 'Re-Active Ohms'.. Faraday would be Proud of your exposition.

@deftones: _we cut against the grain #Headless #Ohms 📷: @FRANK_DEE

@actiontiff: I tend to use a very small induction cooker which takes little in the way of Ohms. I then finish off in the oven, staggerin…

I tend to use a very small induction cooker which takes little in the way of Ohms. I then finish off in the oven, s…

@deftones: _we cut against the grain #Headless #Ohms 📷: @FRANK_DEE 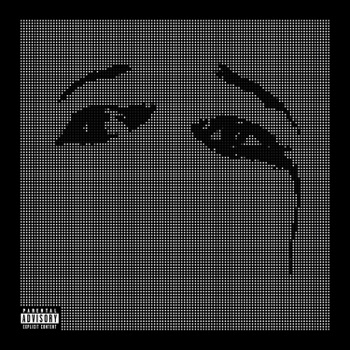