"evermore" is the ninth studio album by American singer-songwriter Taylor Swift. It was released on December 11, 2020, through Republic Records, less than five months after the singer's eighth studio album, Folklore. "evermore" was a spontaneous product of Swift's extended collaboration with her "folklore" co-producer Aaron Dessner, with whom she developed a creative chemistry and could not stop writing songs even after releasing the latter.

She’s truly one of a kind.

Dropping another album in the middle of a pandemic at Christmastime......not a good idea, Taylor! Couldn't you have at least waited until after New Years?

Idk one person who listened to this. WLR #1🧛🏻‍♂️

One of the best Taylor Swift’s Album this year.

Never Ever Tell A Soul - Perfect

jbKingOfPop - SHE NEEDS TO RETIRE 🤢🤢

Who actually willingly listens to this garbage..

Taylor does it again and just as good as Forklore! She goes to a place where she made up and you can’t help but feel the escapism as you listen!

loovvedew - She can do better

I adore champagne problems and tolerate it, but I’m not sure she needed to release this one. It’s not as good as folklore (in my opinion) and had some repetition in the songs. But it’s still a good album, it’s just below Taylor’s “queen of pop” status.

Great Album. I Buy All Her Albums Because she is not only a great singer but a awesome song writer!!!

To the people saying this is boring...you wouldn’t know real music if it slapped you in the face. This is a beautifully written album and taylor continues to amaze us all

such a great follow up to folklore. the lyrics, production, and vibes make it such a cohesive and smooth album. i don’t know how she always tops her own work !!

Excellent lyrics and her best yet! Hard to top her music! Gorgeous! Dana Bloxom

Song writer of our generation she seriously can do no wrong and she out did herself with this one. She is so strong and her lyrics make you feel something

Evermore and folklore are kinda the other side of Taylor

Ashleymurillo_____ - she does it again

So creative and beautiful. Listening on repeat.💙💙💙🎄❄️☃️

Both folklore and evermore were the fastest albums she ever made and are equally her best. I cannot stop listening to them!

She’s been on a down hill slope for a while, she’s trying to hard to be something she’s not. This album is incredibly boring and unoriginal in my opinion.

taylor never fails to impress me with her songwriting! it’s a sister album to folklore and i love it so much! champagne problems would have to be my favorite

So beautifully written!!! My new favorite

This album is pure perfection.

Love it. I think a certain word is not needed and actually takes away from the songs that it’s in but glad there are clean versions of those that replace it with a better option.

this album is beautifully crafted and is perfect for relaxing.

She just keeps evolving into the best version of herself

Once she decided she could be a lingerie model and political expert that ended my interest in this shallow gorl. Good songwriter, never a good singer. Hope her career ends soon.

if you need something thoughtfully written but underwhelmingly delivered to bore you to sleep. Her vocals aren’t strong or unique enough to pull off any kind of stripped down music like this. This is a flat monotone bore. Sorry taylor. You’re Better served with the pop music to prop up your average vocals.

Saloni Somoshi - This album is a Masterpiece

Taylor swift has been being extremely creative which each album that she makes. But this one is just breathtaking. Kudos to Taylor and her self owned albums!!! 👏🏻👏🏻👏🏻

just love it, one of the best writers of alltime, Taylor Swift y'all ❤️👑

Another masterpiece by Taylor ! Loved all songs!

Isha Purohit - SWIFT DOES IT AGAIN

I just love all the songs.

siddhi113 - Miss Swift does it again!

Evermore is not only an incredible album proving time and time again about Taylor’s writing abilities but also her storytelling gift. Obsessed!

Taylor just keeps serving. This album is the perfect continuation to folklore. Love everything about this album - the lyrics, the poetry, the features- shoutout to the national,haim & bon iver, her vocals are so angelic and beautifulon this record. Can't wait to see what she does next!

This is the best Album of Taylor swift in 2020. Willow is my favourite one. Music is so refreshing. Big fan of Taylor Swift since 2017.

Nishant Taak - Yet another masterpiece

It’s been about five months from when Taylor Swift released her last album folklore but still she managed to create yet another masterpiece. It has got all the storytelling vibes, imaginary, vocals and peace which you need right now. It also has bops like Willow, no body, no crime and much more. Listen to it now. :)

Alson Swift - A much needed continuation

Ms. Swift has done it again. Every song is so different from the other yet sounds cohesive. The lyrics, the vocals and everything on this album just speaks volumes of why she’s a legend. Seems so effortlessly ethereal, so nostalgic yet never felt before. The collaborations on this album seems so effortless, all of them are on the same page, same page about everything. It doesn’t feel forced they’ve maintained the integrity of it which is one of the best things about this album. The song ‘champagne problems’ is gotta be one of the best songs in the record coz of the instrumentals, vocals and she wrote it alone with joe. Swift pays tribute to her grandmother Marjorie with the same title. The prelude of ‘no body, no crime’ had a hint of her old song ‘Tim McGraw’. Also Swift needs to write a novel at this point. People might not get familiar enough with this record if they haven’t listened to folklore properly yet. In a way folklore prepares one for this record.

evermore is not just an album, it is a cultural reset, the oxygen you breathe, it's a lifestyle, an escape from this cruel world filled with thieves, its an art, the first gift you open on christmas, a hug from a loved one, everything you’ve ever wanted

Taylor has been writing music that somehow reflects every stage of my life. With folklore, she gave us extremely intimate tracks & things that I felt then. With evermore, she does it again. Given I have never been able to go to a show or see her live, in India, I live for these albums. Happy 31st, Taylor!! 💛

This album is awesome, it’s pure gold . The songs transport you to a different world.

Taylor Swift does it again!!

adter folklore came out, i thought there can’t be any better album that that, but hearing evermore, I’m mesmerised and astound. I really loved the whole album and the way it is lyrically perfect and well structured. The production is very good as well and overall Taylor Swoft once again out done herself!

This nickne is taken - Nice👌👌👌

She doesn’t have any bad song

Suprayogi13 - I love you taylor

Thank you for another surprise, i can't speak anymore about how beautiful this is

Fix and you will get the star - Thank you Taylor

All we need for the last month of 2020 is The Evermore, after struggling and be ready for the new chapter, all songs made me learn about everything, everything...

This is yet another masterpiece from Taylor. One of the best album released in 2020 along with folklore. The music has similar style to folklore but even more experimental I guess. This album is a grower. Based on first listen, folklore immediately grab your attention and you think “wow this is a great album” with this one you need to sit with it a bit more. Let the story wash over you, bathe in it and you can see it’s brilliance. The story telling here are extraordinary. Even better than folklore imo (which is very impressive cause folklore was fantastic). Music wise, I think folklore is universally great. Most people will immediately love them. This, listen to it twice, and pay attention to the lyrics the third time and it will be one of your favorite album. It honestly gets better and better with each listen. I love this just as much as I love folklore ❤️

this album is enchanting

What a surprise!!! Taylor really save 2020 by release 2 albums in the year. Can’t stop playing willow, champagne problems, gold rush and the most genius storytelling song no body no crime!!!! 🌳🌳🌳🌳🌳🌳🌳🌳🌳

This is one of my favorite album by Taylor so far, the songs in this album have a beautiful meaning and it’s more mature

Dinafifah - Will listen to this, for evermore...

Speechless. What a brilliant album. I love you Taylor, will always support you.

kingilfil - one of her best works 🥺🥺🥺

so I’m still processing folklore but miss swift really came at me with another masterpiece like what!?????? i love her so much it hurts

I love u Taylor much

When i thought folklore save my 2020, here come evermore that made my 2020 perfect. I’m so proud to call myself ‘Swiftie’..i love you Evermore Tay

I love you, forevermore Taylor ❤️

Ivan the music man - Album of the Year

@Ateezhub: be like saudi atinys: well mannered, welcoming ateez from a safe distance, not shoving cameras up their faces, respecting the…

@folklorevermor: there's just something about evermore.

@woosception: im serious we need to hype up the blue dragon awards more. look at my last tweet, this needs to be taken as seriously as t…

@HashtagsJr: I love how everyone had the same moment we just stuck looking at him 😆 Jonghyeon when he's concentrating on something with…

@azfxon: ateez adventures at the mall in jeddah: they were spotted singing together, their card got declined so their manager paid and t…

@AmmaarJoosub: I really hope that I look like the mirror version of me and not the camera version. 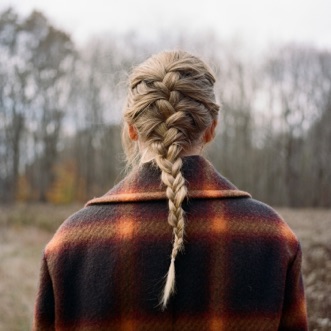