Graduation is the third studio album by American rapper and producer Kanye West, released on September 11, 2007, through Def Jam Recordings and Roc-A-Fella Records. Recording sessions took place between 2005 and 2007 at several studios in New York and Los Angeles. It was primarily produced by West himself, with contributions from various other producers. The album also features guest appearances from recording artists such as Dwele, T-Pain, Lil Wayne, DJ Premier, and Chris Martin of Coldplay. The cover art and its interior artwork were designed by Japanese contemporary artist Takashi Murakami. Inspired by stadium tours, house-music and indie rock, Graduation marked a departure from the ornate, soul-based sound of West's previous releases as he musically progressed to more anthemic compositions. West incorporated layered synthesizers and dabbled with electronics while sampling from various music genres and altering his approach to rapping. He conveys an ambivalent outlook on his newfound fame and media scrutiny alongside providing inspirational messages of triumph directed at listeners. Graduation concludes the education theme of West's first two albums The College Dropout (2004) and Late Registration (2005). Graduation debuted at number one on the US Billboard 200, selling over 957,000 copies in the first week of sales. It has since sold over 2.7 million copies in the United States and been certified double platinum by the Recording Industry Association of America (RIAA). Five accompanying singles were released, including the international hits "Stronger", "Good Life" and "Homecoming", the former of which topped the Billboard Hot 100. The album received widely positive reviews from music critics, with several of them praising the production, and earned West his third Grammy Award for Best Rap Album, as well as his third nomination for Album of the Year. It was named as one the best albums of 2007 by multiple publications, including Rolling Stone and USA Today, while also listed among numerous decade-end lists. The coinciding release dates between Graduation and rapper 50 Cent's Curtis generated much publicity over the idea of a sales competition, resulting in record-breaking sales performances by both albums. The success of the former and the outcome of its competition with the latter marked the end of the dominance of gangsta rap in mainstream hip-hop. This is credited with paving the way for other hip-hop artists who did not conform to gangster conventions to find commercial acceptance. Graduation is the third installment of West's planned tetralogy of education-themed studio albums, which West subsequently later deviated from due to the events surrounding the conception of his fourth studio album, 808s & Heartbreak (2008).’The album demonstrates yet another distinctive progression in West's musical style and approach to production. After spending the previous year touring the world with Irish rock band U2 on their Vertigo Tour, West became inspired by watching Bono open the stadium tours every night to incredible ovations and sought out to compose anthemic rap songs that could operate more efficiently in large stadiums and arenas. In West's attempt to accomplish this "stadium-status" endeavor, West incorporated layered electronic synthesizers into his hip-hop production, which also finds him utilizing slower tempos, being influenced by the music of the 1980s, and experimenting with electronic music. West was particularly influenced by house music, a subgenre of electronic dance music that first originated in his hometown of Chicago, Illinois in the early 1980s. West has stated that growing up, he would listen to hip-hop music at home or in his car, but when he felt like dancing, he would attend a house club. While he rarely listened to house at home, he still felt it was an important part of his culture and background. West further broadened his musical palette on Graduation by not limiting himself to his customary use of samples and interpolation from classic soul records and instead drew influences from a far more eclectic range of music genres. Along with house music, Graduation contains samples and music elements of euro-disco, hard rock, electronica, lounge, progressive rock, synth-pop, electro, krautrock, dub, reggae, and dancehall. Also, for much of the third studio album, West modified his style of rapping and adopted a dilatory, exuberant flow in emulation of Bono's operatic singing. West altered his vocabulary, he utilised less percussive consonants for his vocal delivery in favor of smoother vowel harmonies. In addition to U2, West drew inspiration from other arena rock bands such as The Rolling Stones and Led Zeppelin for the melodies and chord progressions of his songs. In terms of lyricism, he simplifies some of his rhymes after touring with The Rolling Stones on their A Bigger Bang concert tour and discovering he could not captivate the audiences as well with his most complex lyrical themes. West made a conscious decision to abstain from the widespread recording practice of excessive rap albums saturated with skits and filler and instead comprised Graduation with significantly fewer tracks. He also chose to scale back on the guest appearances, limiting himself to just one single guest rap verse on the entire studio album. West cites the rock bands The Killers, Keane, Modest Mouse, and indie-pop singer-songwriter Feist for being among his favorite musicians and having considerably profound influence on the sound of Graduation. Due largely to these factors and the inclusion of layered electronic synthesizers, West believed that his record took hip-hop in a different direction. He also acknowledged that the differences did not in and of themselves make Graduation a good album; however, he felt it was an accurate representation of the music he was listening to and inspired by at that time.

i’m gonna miss harry bc i have stupid graduation rehearsal

Personally I’m working on my PhD and honorary doctorates/degrees are given at almost every graduation ceremony. It…

@hunniesoos: I, too, would bring Sehun on my graduation day 😄💖

@SVaidhyasubrama: Congratulations to the 2022 graduating batch of @SastraUniv for setting a new A-Z record for on campus placements. It'…

Man who had to relearn to walk, talk after bike accident graduates NYU medical school

@TheSwiftSociety: 📲| @TaylorSwift13 new reel on her way to the NYU graduation event! "Wearing a cap and gown for the very first time -…

@MCSWV: The John Marshall High School Commencement Ceremony is tonight at 7:00 at Monarch Stadium. You can watch the LIVE broadcast of…

Sending prayers to these families it was a high school graduation 💔

My dad had a best friend Tom, who was his sponsor. I hadn't seen him in over 10 years and I found his address and i…

@mainpopgirI: VP of the Philippines, @lenirobredo, has posted a video of her three daughters cheering for Taylor at the 2022 NYU graduat…

@mainpopgirI: VP of the Philippines, @lenirobredo, has posted a video of her three daughters cheering for Taylor at the 2022 NYU graduat…

@ThatsSoChrissy: graduation season is always fun for me because niggas been wildin on social media for years and then it’s like “oh this…

@GradyKeefe: NEW YORK! One of the coolest moments EVER with @HillaryClinton at the @Columbia Graduation just now. After receiving her ho… 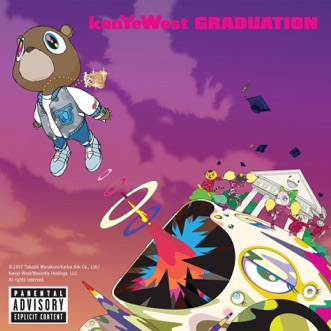