In The Meantime by Alessia Cara Album Info

In the Meantime is the third studio album by Canadian singer and songwriter Alessia Cara. The album was released in September 24, 2021, by Def Jam Recordings. Cara collaborated with Jon Levine, Salaam Remi and Joel Little among several other producers on the project. Three singles were released to promote album: "Sweet Dream", "Shapeshifter", and "Best Days", with "Sweet Dream" charting at number 77 on the Billboard Canadian Hot 100 chart. In the Meantime follows Cara's 2019 EP This Summer, released on September 6, 2019. “This is just a capsule of the last year of my life,” Alessia Cara explained to Apple Music's Strombo about her third album. “Throughout the creation of this process, I hit a few different rock bottoms, and I think through those rock bottoms, I found some sort of catalyst for changing the way that I was living.” It's heavy context for a project that often lands on the ear gently, light-heartedly even, but the contrast is in part the point. On “Unboxing Intro”, she seems to come apart, growing steadily more frenzied as she sings: “Need some clarity, I miss therapy/Hyperbolic, melancholic/Do I call him? I feel nauseous/Have I lost it? Have I almost hit the bottom?” But the production on “Box in the Ocean”, which immediately follows, suggests the bottom is a tropical island away from it all rather than the claustrophobic places of her mind encapsulated in the lyrics. According to Cara, this is by design. She points to the soothing lullaby swing of “Sweet Dream” as an example—a song that details the difficulty of trying to sleep when it feels impossible to quiet the voice in your head. “I try to juxtapose a lot of the heavier themes with some more humorous lyrics or some more fun-sounding things,” she says. “But ultimately the root of it was a lot of struggle and a lot of difficulty.” Thematically, conflicts like heartbreak, anxiety, isolation and longing form the bedrock of the album, following up on 2018's The Pains of Growing. The singer typically opts to navigate her woes in words rather than with her voice, but the most arresting moments of In the Meantime come when she allows her vocal tone to do the heavy lifting. On “Best Days”, she leaves the poppier backdrops for plodding, minimalist drama, creating the space for genuine conviction when she questions, “What if my best days are the days I've left behind?” It's not all doom and gloom, though. “Clockwork” finds her firm in the lessons learned, and tears are transformed into glitter on the chipper closer “Apartment Song”, as if to correspond with the clarity Cara found through her own process. “I feel like on the other end, I found a lot of acceptance,” she says. “I hope I can provide some people some sort of comfort in the commonalities of our pain and the commonalities of the things that we've gone through.” 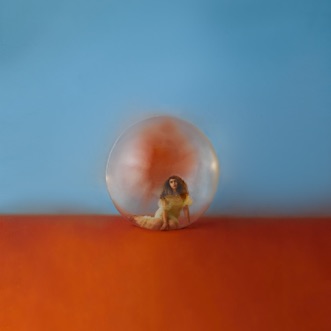 In The Meantime Album Credits

In The Meantime Similar MP3 Albums