My Love Is Your Love by Whitney Houston Album Info

My Love Is Your Love is the fourth studio album by American singer Whitney Houston, released worldwide on November 17, 1998. The album, her first studio album in eight years since I'm Your Baby Tonight, was composed of mid-tempo R&B, hip hop, ballads, urban-dance, reggae, and torch songs, produced by different musicians such as Rodney Jerkins, Soulshock & Karlin, Wyclef Jean, David Foster, and Babyface. Although the album only peaked at number thirteen—her lowest position at the point—on the Billboard 200, and it sold less than Houston's previous albums in the United States, it was a hit globally, with successful world tour in support of the album. In particular, it was a hit in Europe, topping the charts in Austria, the Netherlands, and Switzerland. It also reached the top five in other Euroepan countries like Belgium, Denmark, Finland, France, Germany, Norway, and the United Kingdom. The album generated five hit singles, including three top five Hot 100 hits: "Heartbreak Hotel", "It's Not Right But It's Okay" and the title track, "My Love Is Your Love", became Houston's third best-selling single ever. The Recording Industry Association of America (RIAA) and the International Federation of the Phonographic Industry (IFPI, Europe) certified it 4× platinum for shipping 4 million copies of the album in 1999 and 2002, respectively. Worldwide it has sold over 10 million copies. With its commercial success, My Love Is Your Love received rave reviews from many critics, regarded as one of her best works. At the 42nd Grammy Awards of 2000, the album got seven nominations including Best R&B Album and two Best R&B Songs, and won one of which, Houston's sixth Grammy Award, Best Female R&B Vocal Performance. In the United States, My Love Is Your Love was released on November 17, 1998 when major records were released simultaneously for the holidays by high-profile musicians like Garth Brooks, Jewel, Method Man, The Offspring and Seal besides her.Time magazine wrote, "Music-industry folks have dubbed it Super Tuesday because more than 10 major pop acts issued new CDs on the single day, making it the heaviest release date ever." The album entered the Billboard 200 chart at number thirteen, which was the peak position of the album and her lowest chart position at that point in time, with sales of 123,000 copies in its first week. That result was a little disapponted because the release was Houston's first non-soundtrack album in eight years and so anticipated highly. But eventually, the album got good results thanks to a series of hit singles, her energetic promotions and a successful tour. My Love Is Your Love was present on the Billboard 200 chart for seventy-five weeks and on Billboard Top R&B/Hip-Hop Albums chart for seventy-nine weeks, peaking at number seven. The Recording Industry Association of America (RIAA) certified it 4× Platinum on November 1, 1999, for shipments of 4 million copies of the album. According to the Nielson SoundScan, the albums has sold 2,753,000 copies. Across Europe, it was more successful than in United States. In early times of its release, the commercial response for the album was short of expectations. But its sales rose sharply during the European leg of the My Love Is Your Love World Tour, which was the highest grossing arena concert tour of 1999 in the continent, and consequently My Love Is Your Love became the second best-selling album of 1999 in Europe behind Cher's Believe, spending more than one year on the charts in many countries. In the U.K., it reached the number four on the albums chart and was certified 3× Platinum for shipments of 900,000 copies of the album by the British Phonographic Industry(BPI). In France, the album peaked at number two on the albums chart, was certified 2× Platinum by the Syndicat National de l'Édition Phonographique(SNEP), selling 700,000 copies. In Germany, it climbed to the number two on the albums chart on its 35th week and has sold more than 670,000 copies. The album reached the number one on the albums charts in Austria, Switzerland and Netherlands, and the top five in Belgium,Denmark, Norway and Finland. My Love Is Your Love was certified 4× Platinum by the International Federation of the Phonographic Industry(IFPI) for shipments of 4 million copies of the album in Europe. Worldwide, the album has sold over 10 million copies.

My Love Is Your Love [Whitney Houston] Album Comments & Reviews

Dear The #Illuminati, I do not like your organization and I do like the organization you formed in my absence. Co…

Lord, I want to explore your Creation and see what other cool things we can do. Oh my God, my God, your virtue is i…

@AcadiaTaylor Hey, glad you remembered! As much as I love bourbon, I seriously cannot tell you when I had my last…

Ooh, let me feel your heartbeat (Grow faster, faster) ooh, ooh, can you feel my love heat? Come on and sit on my ho…

WE LOVE YOU JUPITER!!! MY BENEFIC OF SECT!!! I WOULD BE NOTHING WITHOUT YOUR GOODNESS. YOUR EQUALITY. YOUR ABUNDANC…

@RashyMiss: See my baby❤️ now!!! PHYNA THE WINNER Thank you multi choice for giving her this opportunity!!!!!! Enjoy your self girl ,L…

@realOscarRamos1: 🚨GIVEAWAY🚨 🥳My Dear Fam, today is my birthday🎂 I couldn't be happier and blessed by your amazing support. NOW, it's my… 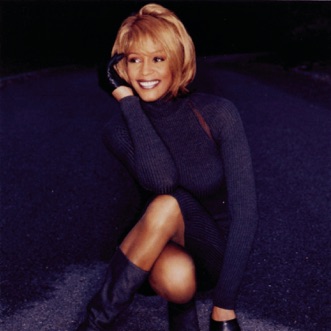 My Love Is Your Love Album Credits

My Love Is Your Love Similar MP3 Albums