Trouble Will Find Me by The National Album Info

Trouble Will Find Me is the sixth studio album by American indie rock band The National, released on May 17, 2013 on 4AD. Produced by band members Aaron and Bryce Dessner, the album features appearances from St. Vincent, Sharon Van Etten, Doveman, Sufjan Stevens, Nona Marie Invie, of Dark Dark Dark fame, and Richard Reed Parry, of Arcade Fire. The album received widespread critical acclaim upon its release. Trouble Will Find Me reached number three on both the Billboard 200 and the UK Albums Chart. The National began writing Trouble Will Find Me towards the end of the band's tour in support of previous album, High Violet (2010). Regarding the tour's completion, and the collective mental state of the band at this time, lead vocalist Matt Berninger noted, "[We] felt satisfied at the end of touring High Violet. It was the first time ever, or at least in the past ten years, where we felt like we could put the band on the shelf for a little while, put a record out in three, four years. There wasn’t any sense of, 'what now?'" Berninger, however, became inspired by guitarists Aaron and Bryce Dessner's recent demo recordings, and subsequently completed his writing contributions to the album's opening track, "I Should Live in Salt", a day after initially hearing it. Bass guitarist Scott Devendorf noted, "Our typical way of working was to send stuff to Matt, then wait a while to get some mumbles back. He seemed really motivated and engaged with the new stuff." The band began recording Trouble Will Find Me in late September 2012, at a converted barn in Rhinebeck, New York, named Clubhouse. Bass guitarist Scott Devendorf stated that Clubhouse was chosen primarily to establish camaraderie amongst the band, noting: "The impetus to record upstate-- cooking, eating, working, hanging out together - was to achieve this music-camp feel." The first four days of recording were interrupted by a tornado which subsequently led to a power cut. Guitarist, keyboardist and co-producer Aaron Dessner noted, "That night, by candlelight in the total darkness, we got really drunk and played the songs acoustically. It was the kind of scene that has never happened in the history of our band — and will never happen again." The band subsequently relocated to Dreamland Studios - located within a converted 19th century church, in West Hurley, New York - to record the track, "Fireproof", entirely live. Inspired by the session, the band returned to Clubhouse and recorded both "Sea of Love" and "Heavenfaced" as one-take live performances. Recording at Clubhouse, however, was once again derailed by Hurricane Sandy, with Aaron Dessner stating, "I drove back into the city because I was worried about my family and the potential flooding, and got stuck there for four days.'' Dessner, who co-produced Trouble Will Find Me alongside his brother Bryce, noted that his experiences producing both Sharon Van Etten's Tramp (2012) and Local Natives' Hummingbird (2013) led him to understand the importance of "constructive, positive dialogue" in the recording studio, whereas before he and his bandmates would often argue throughout the process. Inspired by the recent birth of his daughter, Ingrid Stella Dessner, guitarist, keyboardist and co-producer Aaron Dessner began writing music with his child in mind. Vocalist Matt Berninger noted that he "react[ed] to it in a very visceral, immediate, infantile way." The lyrics to the album's opening track, "I Should Live in Salt", are directed towards Matt Berninger's brother, Tom, who directed the forthcoming band documentary, Mistaken for Strangers (2013). Berninger stated that he enjoyed the writing process for Trouble Will Find Me noting, "In the past, it’s been hard to enjoy writing - like getting drops of blood from your forehead - but I loved the process for this record. I think a lot of it was because I wasn't worried - I didn't care what the songs were going to be about, or if they were going to seem depressing, or cool, or whatever."

Trouble Will Find Me [The National] Full Album MP3s List

Trouble Will Find Me [The National] Album Comments & Reviews

@ThePunkRockPoet All of them? Right now been enjoying Trouble will find me.

@Martian_High @ShieldingC @arthur_affect OK, you want me to find some examples of people who have it worse than you…

@graylish Home Like Noplace Is There by The Hotelier would be #1, it's also my favorite album of all time. another…

@holzawn trouble will find me by the national

@ye_imus: God answers our prayers and rescues us in so many ways. But we have to ask in faith and not confine Him to our limited resour…

@SirEarringBacks If you find out let me know as well. My mortgage company said I won’t get any credit for prepaying…

@MavenOfMayhem just putting it out there: if anyone has trouble finding a local volunteer to go to the store for yo…

@BamItsDoodles Hey Limey, I wish I was able to go but I was having trouble with find the right server, so I maybe h…

@peepaubau @cbtlph The National’s Trouble Will Find Me on shuffle 😂

@Bostonchew @JohnLegere Dan, it's so important to stay connected and we want to assist with any concerns you're dea… 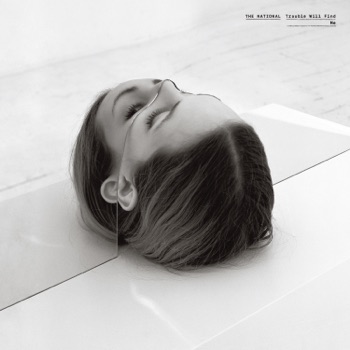 Trouble Will Find Me Album Credits

Trouble Will Find Me Similar Albums