x (pronounced "multiply") is the second studio album by English singer-songwriter Ed Sheeran set for a worldwide release on 23 June 2014 (20 June 2014 in New Zealand) by Asylum Records and Atlantic Records. Its lead single, "Sing", was released as a digital download on 7 April 2014. As soon as "+" was finished, work started on his second studio album. Around the time his first album was released in 2011, the first songs for the second album were written, one being the album opener, and another which eventually became a bonus track. Sheeran performed three sell out nights at Madison Square Garden, finishing his two and a half year tour to focus on recording his new album. Sheeran wrote with Johnny McDaid from Snow Patrol in hotel rooms while supporting them on the North American leg of the band's Fallen Empires Tour in 2012. In a behind the scenes tour video, it was revealed that he was in the studio with producers Rick Rubin and Pharrell Williams, who were later confirmed in interviews to be contributing towards the album. The album was due for release on 17 February 2014, but Sheeran got "the opportunity to work with Rick Rubin for two months, which [he] wasn't going to say no to", which led to a delay. Having written "hundreds" of songs, Sheeran entered the studio with Rubin and they cut that down to the 15 new songs that feature on the album, excluding "I See Fire", which was recorded separately and saw release on the soundtrack for The Hobbit: The Desolation of Smaug. Sheeran stated that he "started off making another acoustic record, and it turned into a neo-soul-funk record", due to the influence of working with producers like Rubin and Benny Blanco that "pulled [him] out of [his] comfort zone". Getting into the studio with Rubin to "rerecord all the songs" after two years of writing them made the songs sound "raw and interesting", at a time when Sheeran was getting tired of them,] giving him a chance to "actually set up the album instead of just putting it out". 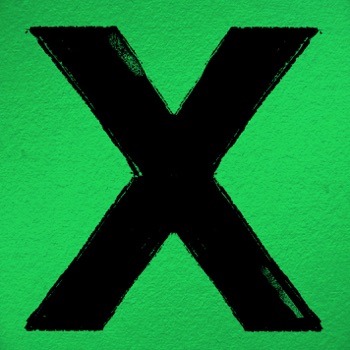