Darkthrone is an influential Norwegian black metal band. They formed in 1986 as a death metal group in Kolbotn, Norway. After embracing the black metal style in 1991, they became a driving force in the Norwegian black metal scene. For most of this period Darkthrone has consisted of just two musicians; Fenriz and Nocturno Culto. They have sought to remain outside the music mainstream. The band that would become Darkthrone formed during 1986 in Kolbotn, a small suburb of Oslo. They were a death metal group by the name of "Black Death", and its members were Gylve Nagell, Ivar Enger and Anders Risberget. In 1988 the band changed their name to Darkthrone and were joined by Ted Skjellum and Dag Nilsen. During 1988 and 1989 the band independently released four demo tapes: "Land of Frost", "A New Dimension", "Thulcandra", and "Cromlech". They were subsequently signed to the independent record label Peaceville Records with a four album contract. In 1990 they recorded their first studio album, Soulside Journey. The album was produced in a technical horror/dark death metal style. Immediately following the release of this album, the band continued writing and recording new material. These demos were entirely instrumental but they demonstrated the band's gradual shift towards black metal. In 1997 they would be released on a compilation album entitled Goatlord. During 1991, Darkthrone adopted the aesthetic style that would come to represent the black metal scene, wearing corpsepaint and working under pseudonyms. Gylve Nagell became "Fenriz", Ted Skjellum became "Nocturno Culto" and Ivar Enger became "Zephyrous". They began recording their second album, which was released at the beginning of 1992 and entitled A Blaze in the Northern Sky. The album contained Darkthrone's first black metal recordings, and Peaceville Records was originally skeptical about releasing it due to Darkthrone's extreme diversion from their original death metal style. After the album was recorded, bassist Dag Nilsen left the band, and is not credited anywhere on the album. The band's third album, Under a Funeral Moon, was released in 1993. It marked Darkthrone's total conversion to the black metal style, and is considered a landmark for the development of the genre as a whole. This album also marked the last album on which guitarist Zephyrous would perform. It was followed by their fourth album, Transilvanian Hunger, which was released in 1994. This was Darkthrone's first album to be recorded with just two members, Nocturno Culto and Fenriz. The band would remain a duo from this point onwards. Transilvanian Hunger was characterised by a very "raw" or "low fidelity" recording style and musical simplicity. The album's release caused some controversy: some of its lyrics were written by the infamous Norwegian black metal musician Varg Vikernes (Burzum), and its booklet contained phrases that were anti-Jewish in nature. Darkthrone moved to another independent record label, Moonfog Productions, for subsequent releases. The label was ran by Satyr of the black metal band Satyricon. Their fifth album, Panzerfaust, was released in 1995. The album was received well, although its production, which is similar to that of Transilvanian Hunger, encountered some criticisms. Their sixth album, Total Death, was released during 1996 and is notable for featuring lyrics written by four other black metal musicians. During the year 1995, drummer Fenriz was involved with numerous side projects. This included his solo ambient project Neptune Towers, recording an album with Satyr as the duo Storm, and playing bass on Dødheimsgard's debut album. In 1999, Darkthrone released the album Ravishing Grimness, which featured "cleaner" prodcution and a clear influence from the early work of Celtic Frost. This style would continue on their following album, Plaguewielder, which was released two years later in 2001. Its prodcution style was "rawer", or as the band described it, more "necro". In the last years of the decade, two Darkthrone tribute albums were released: "Darkthrone Holy Darkthrone" in 1998 and "The Next Thousand Years Are Ours" in 1999. The band also released Preparing For War, a compilation of songs from 1988-1994. In 2002 their song "Kathaarian Life Code" appeared in the last scene of the film "Demonlover". In 2003 the band released the album Hate Them. Although this record and their next contain electronic introductions, they remain true to Darkthrone's early black metal style. Sardonic Wrath was released in 2004. It was the band's last album with Moonfog Productions and their last to be recorded solely in the black metal style. Their next releases would feature strong crust punk traits. In 2005, Darkthrone confirmed that they had returned to Peaceville Records, after leaving the record label in 1994. They had also started up their own record label, Tyrant Syndicate Productions, to release their future albums. To celebrate their return, Peaceville re-issued the "Preparing For War" compilation with a bonus CD of demos and a DVD of live performances. Darkthrone's first four albums were also re-released with video interviews about each of them. Darkthrone released their eleventh album, The Cult Is Alive, during early 2006. The album represents a great shift in the band's style, as the music incorporates more punk and crust punk traits than previous recordings. While Darkthrone's black metal roots are still evident, their shift from the genre's typical sound is much more noticeable. The Cult Is Alive was the first Darkthrone album to appear on the album chart in Norway, debuting at number 11. In July 2007 the band released the EP "NWOBHM" (an acronym for New Wave of Black Heavy Metal) as a preview for their next album. In September that year, Darkthrone released the album F.O.A.D. (an acroym for Fuck Off And Die). The title is apparently a tribute to the Danish band Desexult. The music continues the more punk-oriented style that was introduced on Darkthrone's previous album, and features some parts that are similar to traditional heavy metal. Also during 2007, Nocturno Culto completed and released "The Misanthrope", a film about black metal and life in Norway. It includes some of his own solo recordings. 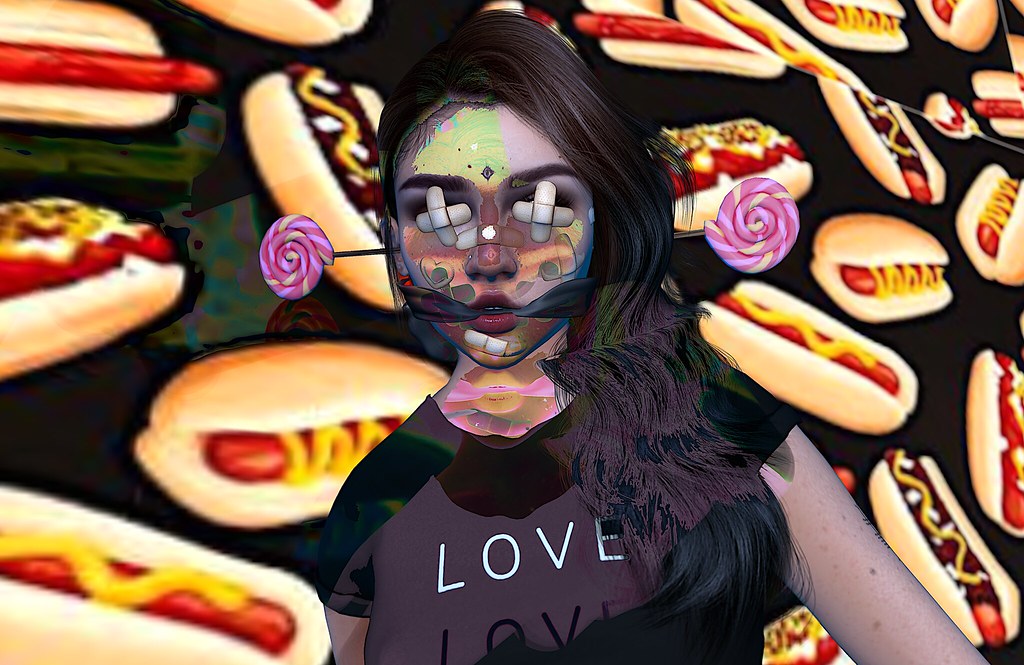 @swati_gs: Next story in my series on non-Hindus using birth caste identity to fraudulently get SC benefits. You may be surprised that m…

@ShefVaidya He even got the adage wrong. Nishana hota hai, ishara nahi.

@swati_gs: Someone wrote, "At Delhi Gate-daryaganj, you fought with the police but none of you got arrested. You ran away. Our local peo…

@swati_gs: Really interesting information in this report by @rajshekharTOI on whatsapp chats among CAA protesters just days before riots…

@KarmaMaya20: The easiest way to control us is to target us (Hindus), says Adv Govind Bharathan. Take Asaram Bapu for ex, he's behind ba…