Fleetwood Mac is a British-American rock band, formed in London in 1967. Fleetwood Mac was founded by guitarist Peter Green, drummer Mick Fleetwood and guitarist Jeremy Spencer, before bassist John McVie joined the lineup for their self-titled debut album. Danny Kirwan joined as a third guitarist in 1968. Keyboardist Christine Perfect (later known as Christine McVie), who contributed as a session musician from the second album, married McVie and joined in 1970. Primarily a British blues band, Fleetwood Mac scored a UK number one with "Albatross", and had other hits such as the singles "Oh Well" and "Man of the World". All three guitarists left in succession during the early 1970s, to be replaced by guitarists Bob Welch and Bob Weston and vocalist Dave Walker. By 1974, all three of them had either departed or been dismissed, leaving the band without a male lead vocalist or guitarist. In late 1974, while Fleetwood was scouting studios in Los Angeles, he was introduced to American folk-rock duo Lindsey Buckingham and Stevie Nicks. Fleetwood Mac soon asked Buckingham to be their new lead guitarist, and Buckingham agreed on condition that Nicks would also join the band. The addition of Buckingham and Nicks gave the band a more pop rock sound, and their 1975 self-titled album, Fleetwood Mac, reached No. 1 in the United States. Rumours (1977), Fleetwood Mac's second album after the arrival of Buckingham and Nicks, produced four U.S. Top 10 singles and remained at number one on the American albums chart for 31 weeks. It also reached the top spot in various countries around the world and won a Grammy Award for Album of the Year in 1978. Rumours has sold over 40 million copies worldwide, making it one of the best-selling albums in history. The band went through personal turmoil while recording the album, as both the romantic partnerships in the band (one being John and Christine McVie, and the other being Buckingham and Nicks) separated while continuing to make music together. The band's personnel remained stable through three more studio albums, but by the late 1980s began to disintegrate. After Buckingham and Nicks each left the band, they were replaced by a number of other guitarists and vocalists. A 1993 one-off performance for the first inauguration of Bill Clinton featured the lineup of Fleetwood, John McVie, Christine McVie, Nicks, and Buckingham back together for the first time in six years. A full reunion occurred four years later, and the group released their fourth U.S. No. 1 album, The Dance (1997), a live compilation of their hits, also marking the 20th anniversary of Rumours. Christine McVie left the band in 1998, but continued to work with the band in a session capacity. Meanwhile, the group remained together as a four-piece, releasing their most recent studio album, Say You Will, in 2003. Christine McVie rejoined the band full-time in 2014. In 2018, Buckingham was fired from the band and was replaced by Mike Campbell, formerly of Tom Petty and the Heartbreakers, and Neil Finn of Split Enz and Crowded House. Fleetwood Mac has sold more than 120 million records worldwide, making them one of the world's best-selling bands. In 1979, the group was honoured with a star on the Hollywood Walk of Fame. In 1998 the band was inducted into the Rock and Roll Hall of Fame and received the Brit Award for Outstanding Contribution to Music. Danny Kirwan, guitarist, songwriter and early member of Fleetwood Mac (1968–1972) died in London, England, on 8 June 2018, aged 68. An obituary in The New York Times said he had died in his sleep after contracting pneumonia earlier in the year. The British music magazine Mojo quoted Christine McVie as saying: "Danny Kirwan was the white English blues guy. Nobody else could play like him. He was a one-off ... Danny and Peter [Green] gelled so well together. Danny had a very precise, piercing vibrato – a unique sound ... He was a perfectionist; a fantastic musician and a fantastic writer." One of Kirwan's songs, "Tell Me All the Things You Do" from the 1970 album Kiln House, was included in the set of the 2018–19 An Evening with Fleetwood Mac tour. On 28 May 2020 Neil Finn, featuring Nicks and McVie, with Campbell on guitar, released the song “Find Your Way Back Home” for the Auckland, New Zealand homeless shelter Auckland City Mission. Founding member Peter Green died on 25 July 2020 at the age of 73. In October 2020, Rumours again entered the Billboard top 10. The album received 30.6 million plays on streaming platforms the week of October 15, after a TikTok video of the song "Dreams" went viral. On 30 November 2022, it was announced that band member Christine McVie died at the age of 79, after a short illness. 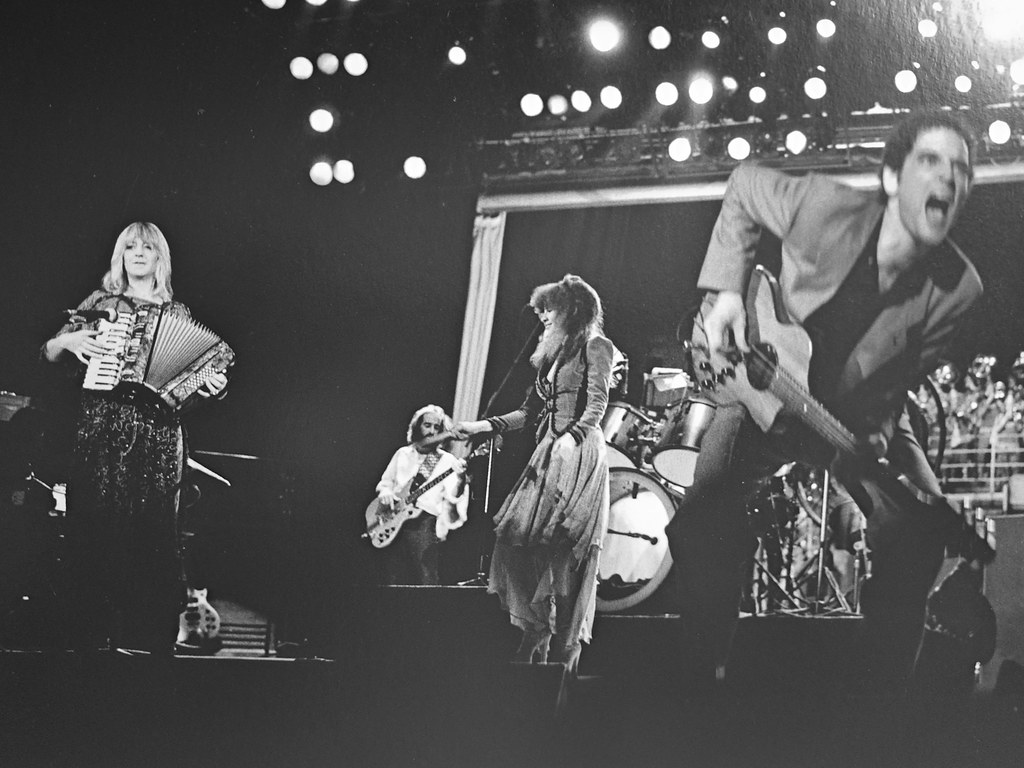 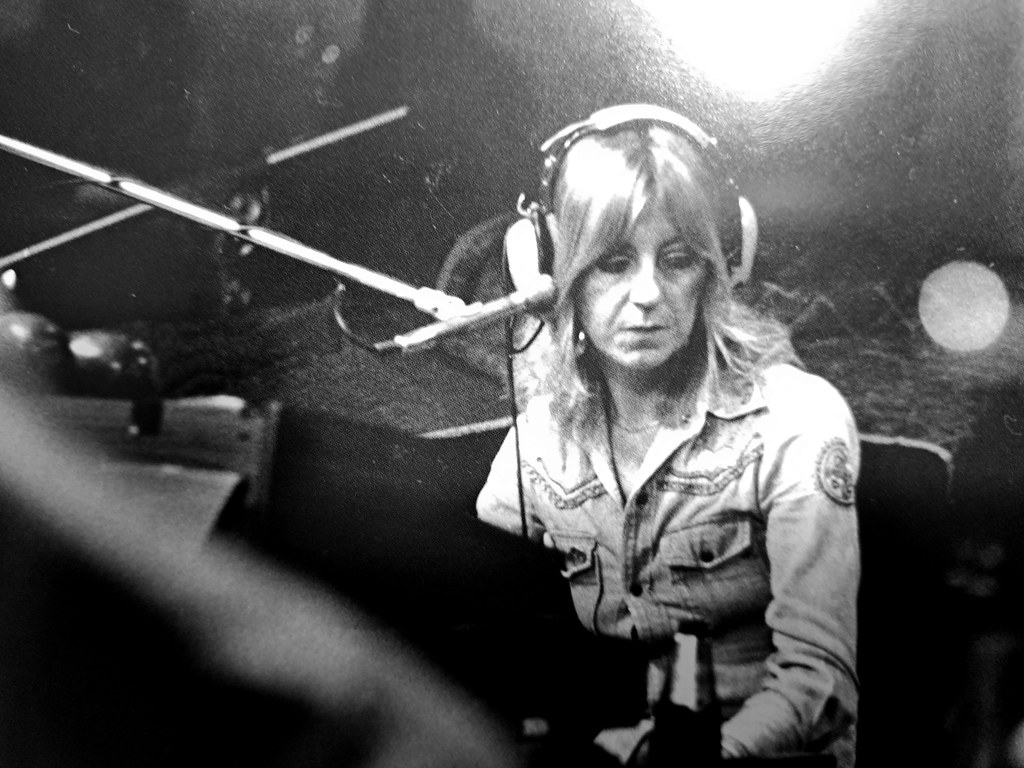 @rumoursfm: For you Christine ❤️. Goodnight and God Bless. Love from all at *RUMOURS OF FLEETWOOD MAC* .. Full track now avail on our Yo…

@ordinarytimemag: From @sarah_stook "I was one of those fans...born over two decades after their most famous album came out. Which ban…

@MikeBeauvais: In honour of Christine McVie, here is the perfect Fleetwood Mac joke from Flight of the Conchords.

@LBuckingham: Christine McVie’s sudden passing is profoundly heartbreaking. Not only were she and I part of the magical family of Fleetw…

@LBuckingham: Christine McVie’s sudden passing is profoundly heartbreaking. Not only were she and I part of the magical family of Fleetw…

Fleetwood Mac say you love me she was amazing

@quin_ym: A homage to Christine McVie from Fleetwood Mac, one of the most beautiful love songs ever written, Songbird, an edit with our…