Forever the Sickest Kids is an American rock band from Dallas, Texas, who are currently signed to Universal Motown Records Group. In issue 228 of Alternative Press, the group was named the number one underground band in the "22 Best Underground Bands (That Likely Won't Stay Underground for Long)". Their first EP, Television Off, Party On, was released on July 3, 2007 Their second EP, a split release with critically acclaimed pop punk band The Tattle-Tales, was released on February 14, 2008. Their debut album, Underdog Alma Mater, was later released on April 29, 2008. Although Forever the Sickest Kids have only been around for just over three years, their roots date back to the members’ childhood. Marc Stewart (Guitar) and Kyle Burns (Drums) are stepbrothers. Stewart met Kent Garrison (Keyboard) in high school. Then, when Garrison went to college, he met up with Jonathan Cook (Vocals) and Bello (Bass Guitar). For a while, Turman and Bello played together and called themselves Been Bradley, while everyone else from Forever the Sickest Kids played with The Flipside. But in late 2006, both of those groups reached a creative standstill, and FTSK was born. While browsing the music website Purevolume, lead singer Jonathan Cook inadvertenly spent 350 dollars that the band didn't have to receive a front page placement of a song they didn't have. So they went into the studio and wrote "Hey Brittany", then recorded it with their producer Geoff Rockwell in a matter of days. Forever The Sickest Kids along with We The Kings supported You Me At Six on their sold out U.K. tour that started on March 9, 2010 to the 20th. The other two parts of the 3P, The Weekend: Saturday and The Weekend: Sunday, are set to be released in the Spring and Summer of 2010. A single from the upcoming 2010 album The Weekend: Saturday was released on You-Tube June 6, 2010. It is called 'Keeps on Bringing Me Down'. They were also awarded 'dumbest band name of 2008' according to AP Magazine. Also, they appeared on MTV's show Silent Library. 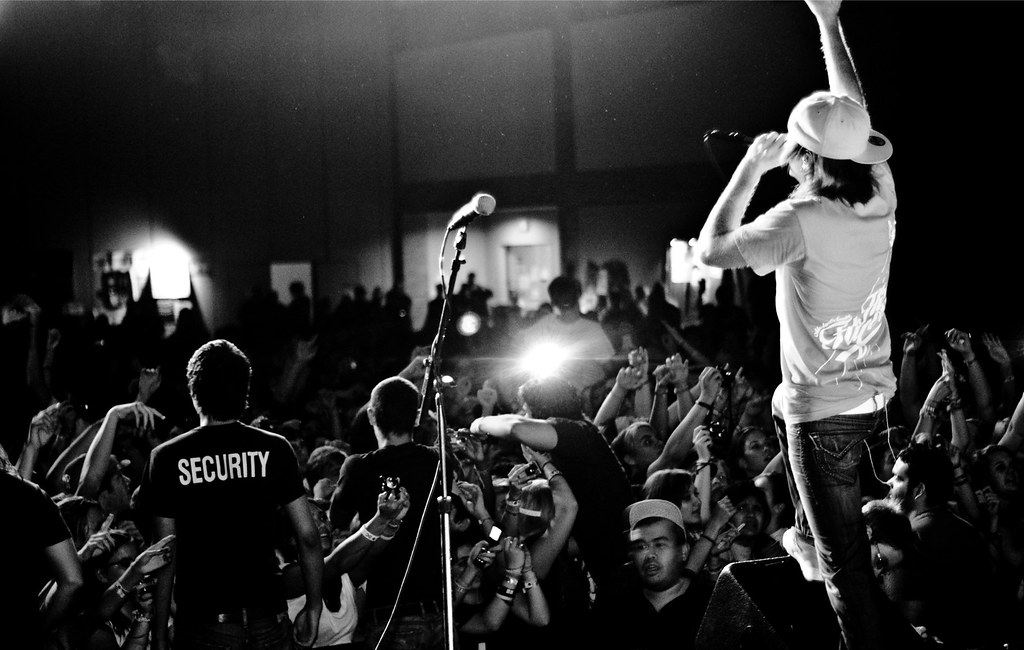 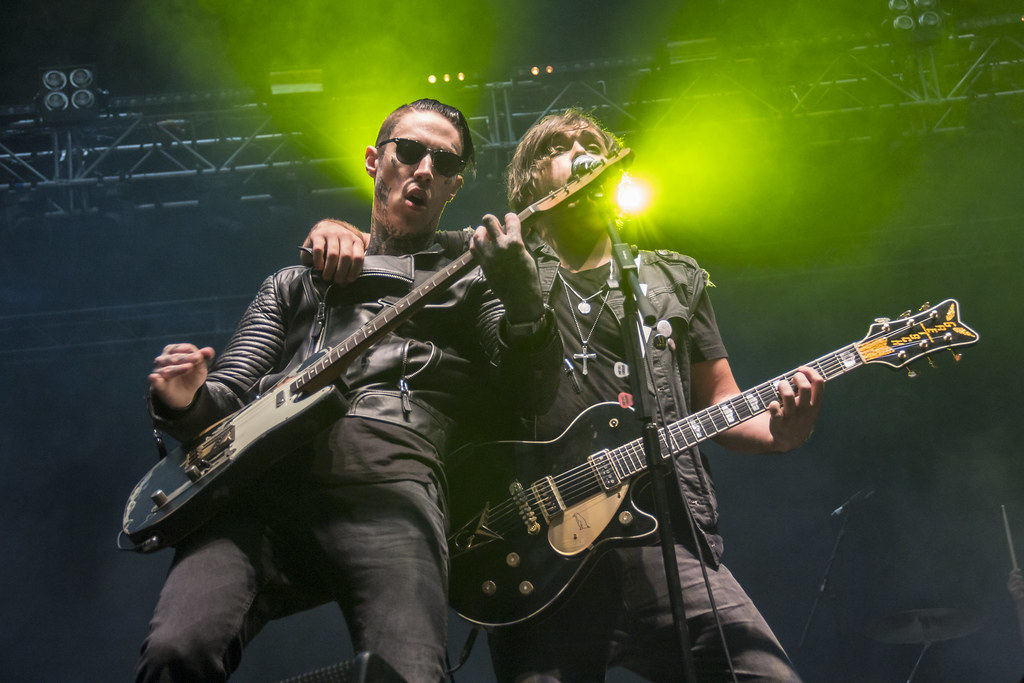 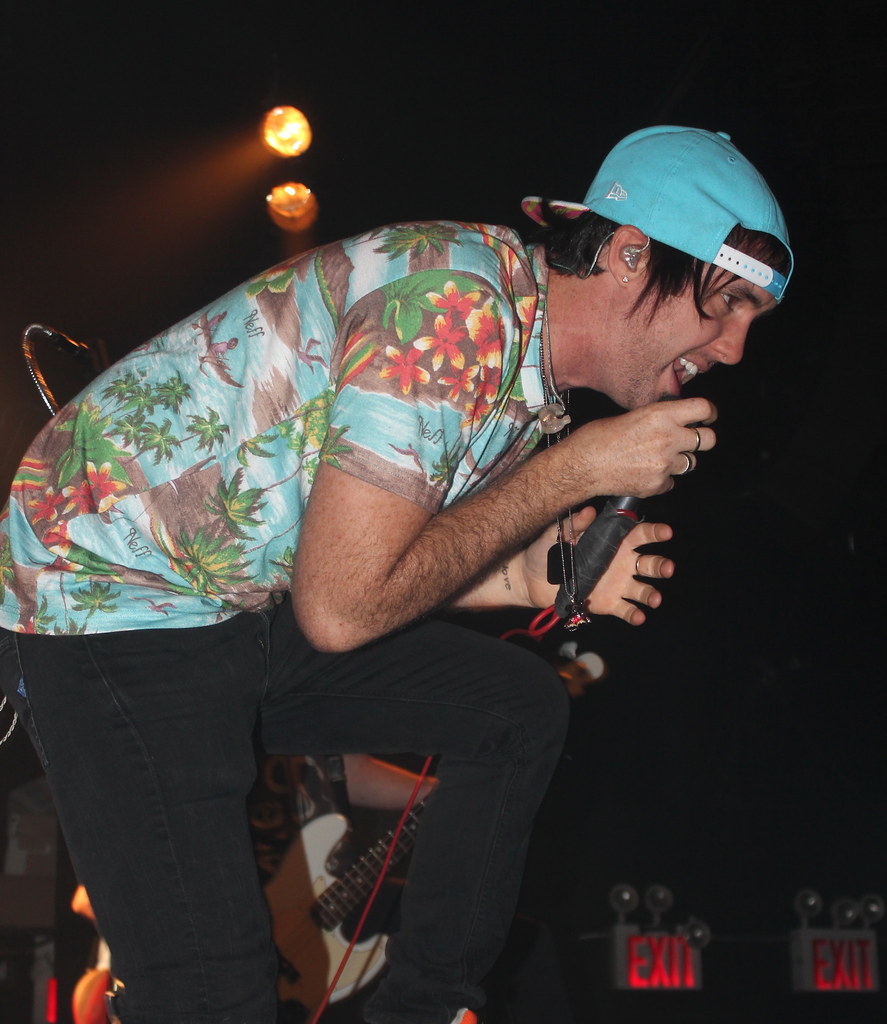 @gailcncpn: like, we live-streamed with Metro Station, Forever The Sickest Kids and The Summer Set. in one night. like, w h a t

Forever The Sickest Kids - Men In Black (Will Smith cover)

like, we live-streamed with Metro Station, Forever The Sickest Kids and The Summer Set. in one night. like, w h a t

@liznotbeth: i won’t be going out anytime soon but if you’re down to let me scream forever the sickest kids songs in your living room le…

@Corolln_de3p there was no riot during Forever The Sickest Kids haha

This song reminds me of Chin Up Kid by Forever the Sickest Kids and I like it a lot. Go listen to Live a Litte by Rematch

Whoa Oh! (Me Vs Everyone)

What Do You Want from Me

What Do You Want from Me? (Diary of a Wimpy Kid Mix)

Keep On Bringing Me Down

I Guess You Can Say Things Are Getting Pretty Serious

Jumping (Out the Window) [The Remix - Guitar Down Version] {feat. Forever the Sickest Kids}

Shut the Front Door (Too Young for This)

Life of the Party

Same Dumb Excuse (Nothing to Lose)

Nice to Meet You

King for a Day

Mistletoe is for Quitters

What Happened to Emotion? (Killing Me)

We Are the Guardians

Count on Me (For Nothing)

My Friends Save Me

Whoa Oh! (Me Vs Everyone)

Nice to Meet You

We Are the Guardians (End Credits)

What Do You Want from Me

Whoa Oh! (Me vs. Everyone) [feat. Selena Gomez]

I Guess You Can Say Things Are Getting Pretty Serious

Keep On Bringing Me Down

Life of the Party

King for a Day

Same Dumb Excuse (Nothing to Lose)

Who Invited the Monster

Give and Take (Acoustic Demo)

What Happened to Emotion? (Killing Me)

Give and Take (Remix)

Jumping (Out the Window) [The Remix] {feat. Forever the Sickest Kids} - Single

What Do You Want from Me? (Diary of a Wimpy Kid Mix) - Single

Mistletoe is for Quitters - Single

Shut the Front Door (Too Young for This) - Single

Every Avenue
Anarbor
We the Kings
The Summer Set
Mayday Parade