Halestorm is a rock band from Pennsylvania (US) that signed a recording contract with Atlantic Records, a major recording label, on June 28, 2005. The group has released four albums on Atlantic: "Halestorm" (2009), "The Strange Case Of..." (2012), "Into the Wild Life" (2015), and "Vicious" (2018); won a Grammy for "Love Bites (So Do I)", and charted three #1 singles on Mainstream Rock. The group has been consistently active, writing and performing original music since the mid-1990's and becoming increasingly successful. They have achieved international airplay, having been featured on the Lord Litter show in Germany. The band has been the featured artist, appearing on the cover of Pennsylvania Musician magazine three times (August 1999, March 2000, and February 2003). The band toured nationally across the United States from January to March 2006 on the Winterfresh Sno-Core Tour with Seether, Shinedown, and Flyleaf. There were about 23 shows in that tour, and the band has performed about 200 times per year since 1997. Siblings Arejay and Elizabeth "Lzzy" Hale have been actively writing and performing original music since 1997 when they were 10 and 13 years old, respectively. Both brother and sister started learning piano at the age of 5; Lzzy later progressed to a keytar and Arejay to the drums. Lzzy took guitar lessons at 16. The teen siblings released an EP titled Don't Mess With the Time Man in 2000. In Halestorm's earliest incarnation, Lzzy and Arejay's father played bass before Josh Smith joined the group in 2004. Guitarist Joe Hottinger joined in 2003. The group signed a recording contract with Atlantic Records on June 28, 2005 and released a live EP titled One and Done. The EP, now out of print, featured an early live version of "It's Not You." Their self-titled debut album was released on April 28, 2009. The song "I Get Off" served as the album's lead single and has gained heavy radio play. Both the song and video for their second single, "It's Not You", were released in late November 2009. In early 2010, the band released a promotional music video for their song "Love/Hate Heartbreak". "Familiar Taste of Poison", was released in 2010.The official music video was released on August 10, 2010. Lzzy Hale's use of Gibson guitars is well known; models she plays includes the Tribal Flying V, Gibson Explorer, Les Paul Custom, Firebird and the Joan Jett Signature Melody Maker.[5] Arejay Hale was featured in the June 2010 issue of Modern Drummer magazine, and is endorsed by Ludwig Drums, Zildjian Cymbals and Pro-Mark Drumsticks. Halestorm is well known for their near non-stop touring, often performing as many as 250 shows a year.Since 2006 they have toured with many hard rock and heavy metal acts including Chevelle, Seether, Staind, Papa Roach, Trapt, Three Days Grace, Theory of a Deadman, Buckcherry, Disturbed, Shinedown, Megadeth, and Heaven & Hell. Halestorm appeared on the first annual Rockstar Energy drink Uproar Festival with headliners Disturbed and Avenged Sevenfold; plus Stone Sour, Hellyeah, Hail the Villain, Airbourne and New Medicine.[8] In October 2010 Halestorm will be making their first trip to Japan to participate in the 2010 Loud Park Festival. Halestorm will embark on the 2010 Taste of Chaos tour alongside headliners, Disturbed, as well as support acts, Papa Roach, and Buckcherry. On November 16, 2010 Halestorm released a live CD/DVD entitled Live in Philly 2010, which was recorded at The TLA in Philadelphia in early 2010. On March 22, 2011, Halestorm released an EP called ReAnimate containing covers of songs of different genres, including "Out Ta Get Me" by Guns N' Roses, "Bad Romance" by Lady Gaga, and the first single "Slave to the Grind" by Skid Row. On January 24, 2012, Halestorm released the EP Hello, It's Mz. Hyde, a sneak preview of four songs from their upcoming studio album. Their second full length album, The Strange Case Of... was released on April 10, 2012 in the US, April 9 in the UK, and April 17 in Italy. On February 10, 2013, Halestorm won Grammy for best rock/metal performance for their song Love Bites (so do I). 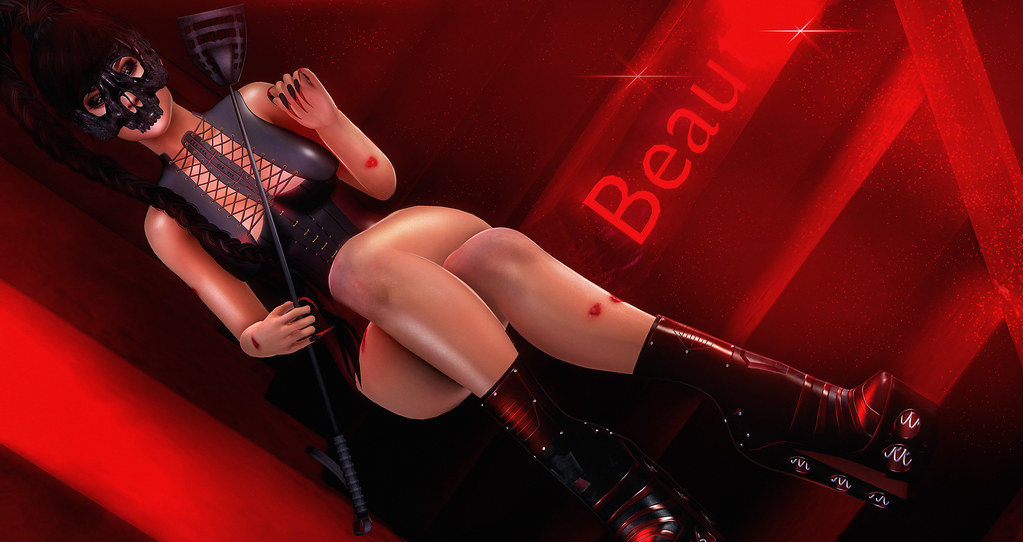 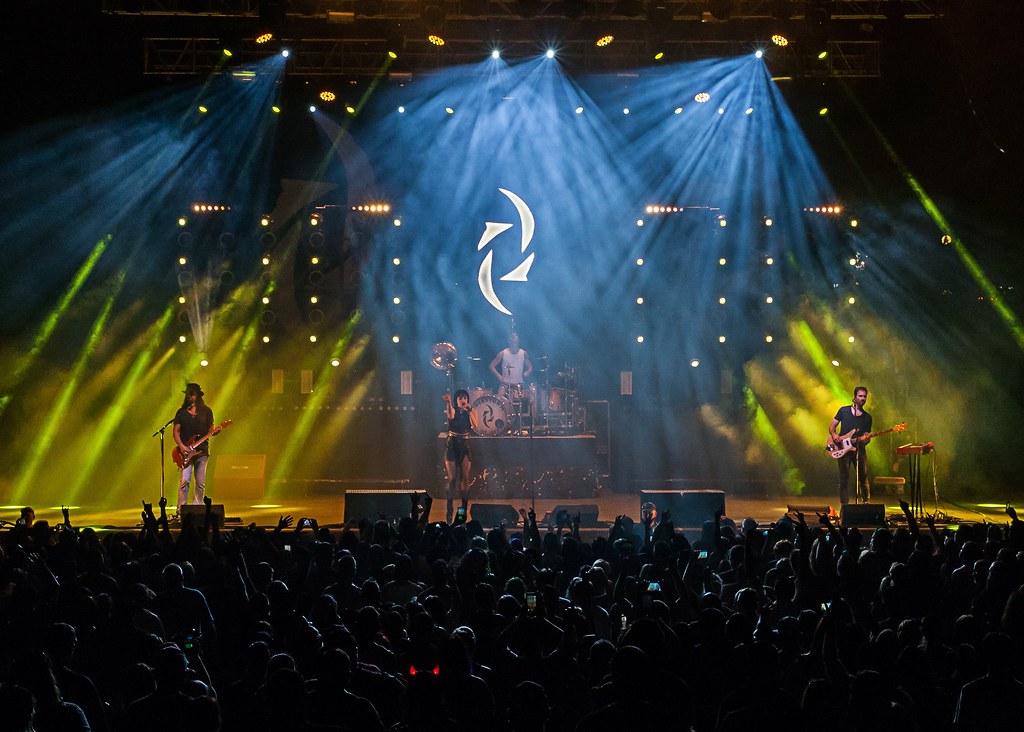 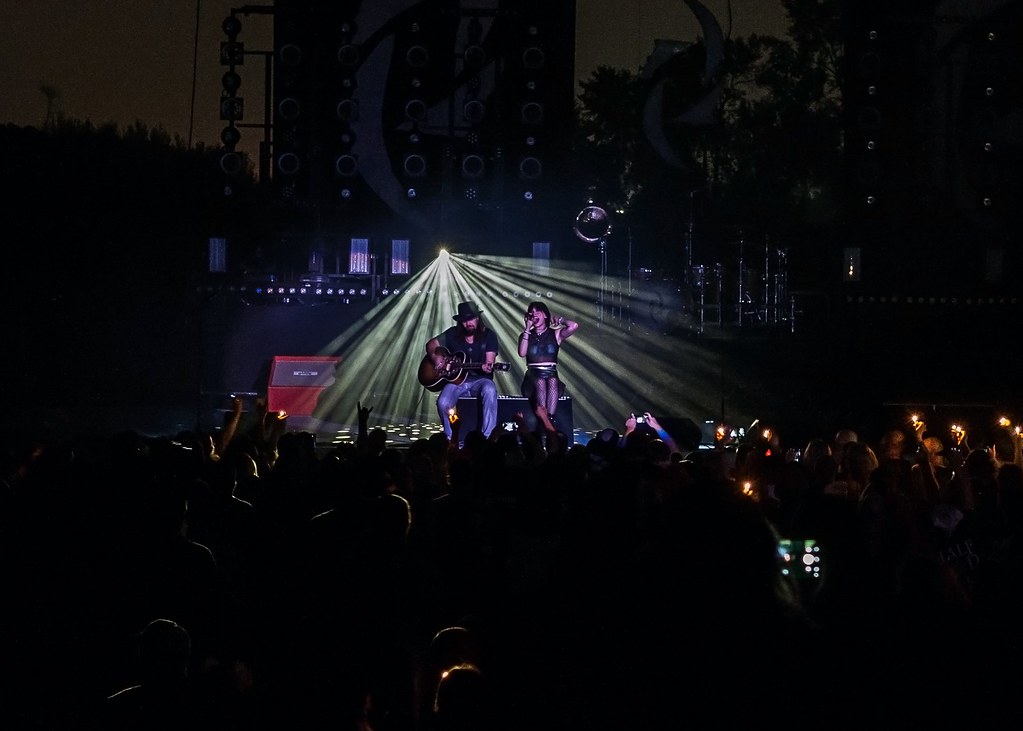 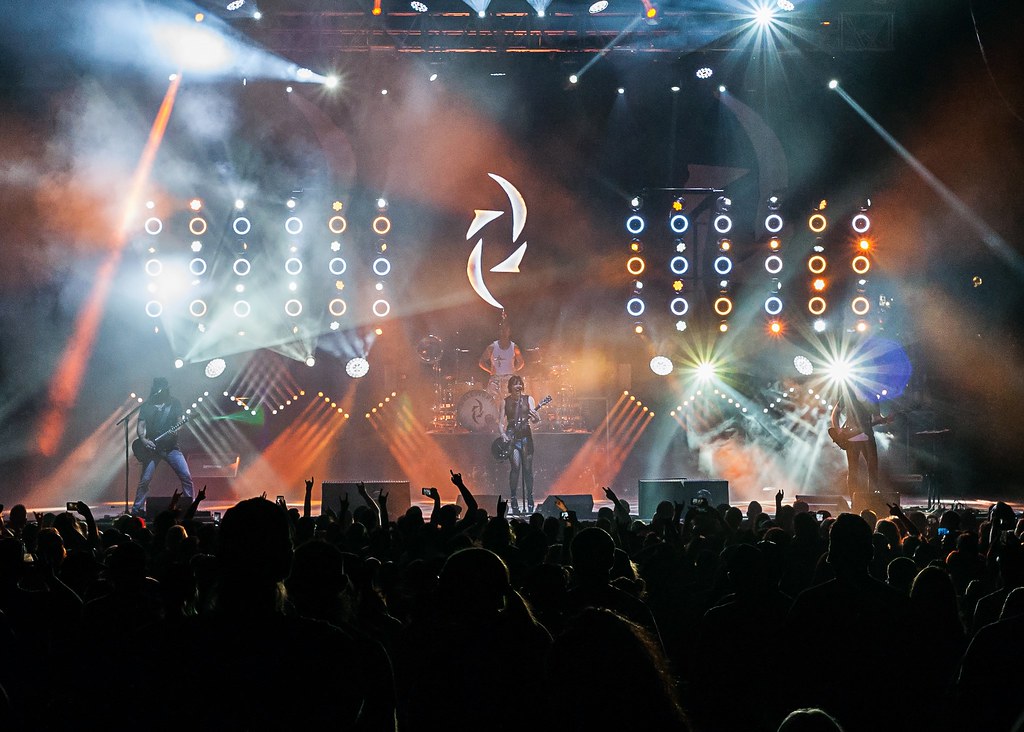 Covering May at CyberFM Spotlight: Ride The Lightning by Halestorm! Yep! It's a Cover Song! Fill those guilty pleas…

@LZZYHALE: Studio version of this duet will be released in August. But here’s a taste of us doing a stripped down down live version of i…

@BlackLunaAngelX: Caryl playlist - part 2 Don't Leave Me Behind - We Are The Fallen Heavy On My Heart - Anastacia Never Gonna Be Alone…