Jimmy Sabater (April 11, 1946 - February 8, 2012) was born in Harlem Hospital, New York City. The proud son of Nestor Sabater and Teresa Gonzalez of Ponce, Puerto Rico, Jimmy grew up in East Harlem, the Spanish Quarter of New York City known as “El Barrio”. Like most teenagers in the neighborhood, he played stickball, flew kites, and harmonized the tunes of the popular R&B groups and vocalists of the day such as Nat King Cole. He was inspired by percussionists such as Willie Bobo, Uba Nieto, Papi Pagani, Monchito Muñoz, and Willie Rodriguez. With encouragement from many of these same drummers who were from “El Barrio”, Jimmy practiced playing the Timbales, the standing drum kit made world-famous by the great “Rey del Timbal”, Maestro Tito Puente. It was during a 1951 stickball game between the Devils and the 112th Street Viceroys that Jimmy’s life would turn towards history. A young man named Gilberto Calderon of the Devils met Jimmy, and invited him to a party. The two became fast friends. They had a lot in common. Both wanted to be musicians after being influenced by the music of Machito, Marcelino Guerra, Noro Morales, Puente, and Tito Rodriguez. 1954 saw the Joe Panama Sextet as one of Spanish Harlem’s most popular music groups. When Panama’s Conguero, or conga drummer, left the group, Jimmy recommended his friend Gilberto for the job. Soon after, bandleader Joe Panama fired his sidemen and replaced them with others. The now unemployed musicians which included vocalist Willie Torres and pianist Nick Jimenez formed a group which included bassist Roy Rosa, vibraphonist Tommy Berrios, timbalero Jimmy Sabater, and conguero Gilberto Calderon (who had been selected by the musicians to direct the band.) One evening, the group appeared at La Bamba Club in midtown Manhattan under the name of “The Joe Panama Sextet”. When Panama’s mother threatened to sue Gilberto if he continued using the name, promoter Catalino Rolón recommended that the group change its name to “The Joe Cuba Sextet”. So they did. They played gigs in the clubs of “El Barrio”, as well as upstate New York venues such as The Pines Resort. The popularity of Cuba’s sextet began to rise when José “Cheo” Feliciano joined the group. This occurred when Jose Curbelos’ vocalist Santitos Colon replaced Gilberto Monroig in Tito Puente’s band. Willie Torres then left Joe Cuba’s Sextet, and replaced Santitos in Curbelos’ orchestra. This opened the door for Cheo with Joe Cuba. This worked out perfectly for Cuba. Feliciano was selected to sing songs with Spanish lyrics, while Jimmy was selected to sing songs with English lyrics. From the late 1950’s and into the early 1960’s the Sextet recorded on the Mardi Gras label, constantly increasing their popularity. In 1962, Seeco Records recorded Joe Cuba’s album “Steppin’ Out”. This album would become a “monster hit”, and Jimmy would become part of history, as on the album he sang perhaps the love song of that era, “To Be With You”. “I thought Willie Torres was going to record it since it was his composition”, recalls Jimmy. Nick Jimenez composed the melody, but Cuba’s decision to have Jimmy sing the lyrics thrusted Sabater into almost immediate international recognition. Cuba’s sextet signed with Tico Records in 1964. By showcasing the smooth vocal style of Sabater, the group had achieved tremendous fame, both in the United States and around the world. In 1966, they recorded two blockbuster albums, “We Must Be Doing Something Right”, and “Wanted Dead or Alive”. “…Something Right” scored big because of Jimmy and Nicky’s hit composition “El Pito (‘I’ll Never Go Back to Georgia’)”. “Wanted…” is a landmark recording because it was the first “Boogaloo” style album to sell one million records. This happened largely in part because of another smash composition of Sabater and Jimenez called “Bang Bang”. Throughout the 1970’s and 1980’s, Jimmy also had a flourishing career as a soloist, releasing the classic albums “The Velvet Voice of Jimmy Sabater”, “El Hijo de Teresa”, and “Solo”. In 1977 Jimmy Sabater left the Joe Cuba Sextet. From 1977 to 1981, he was the lead vocalist for Al Levy (“Alfredito). 1980 saw Jimmy record the outstanding album “Gusto” on the Fania Records label. In 1982, Jimmy co-led “El Combo Gigante” with the fantastic Charlie Palmieri until Charlie’s untimely death in 1988. On November 12th, 1997, Jimmy Sabater became the recipient of an award from the City of New York for his contributions to the quality of life in the city, and in appreciation of his work since 1956. He was also the recipient of the “Outstanding Musician of the Year” award from the Comptroller of the City of New York, Mr. Alan G. Hevesi. In 1998, Mr. Sabater became the Lead Vocalist of the Latin Septet “Son Boricua” led by Maestro José Mangual Jr. Their first album, called “Son Boricua”, was the winner of the prestigious ACE Award as best new Latin release of that year. More success would follow Mr. Sabater with "Son Boricua". A second, and third ACE Award was earned by "Son Boricua" for the CD's "Homenaje a Cortijo y Rivera", and "Mo!". He continued to perform until 2011 as the lead singer of Son Boricua, and resided in the Bronx until the time of his passing due to complications from heart disease. In addition to his son, Jimmy Jr., he is survived by a daughter, Terry, nine grandchildren and a goddaughter, Debbie Garay. 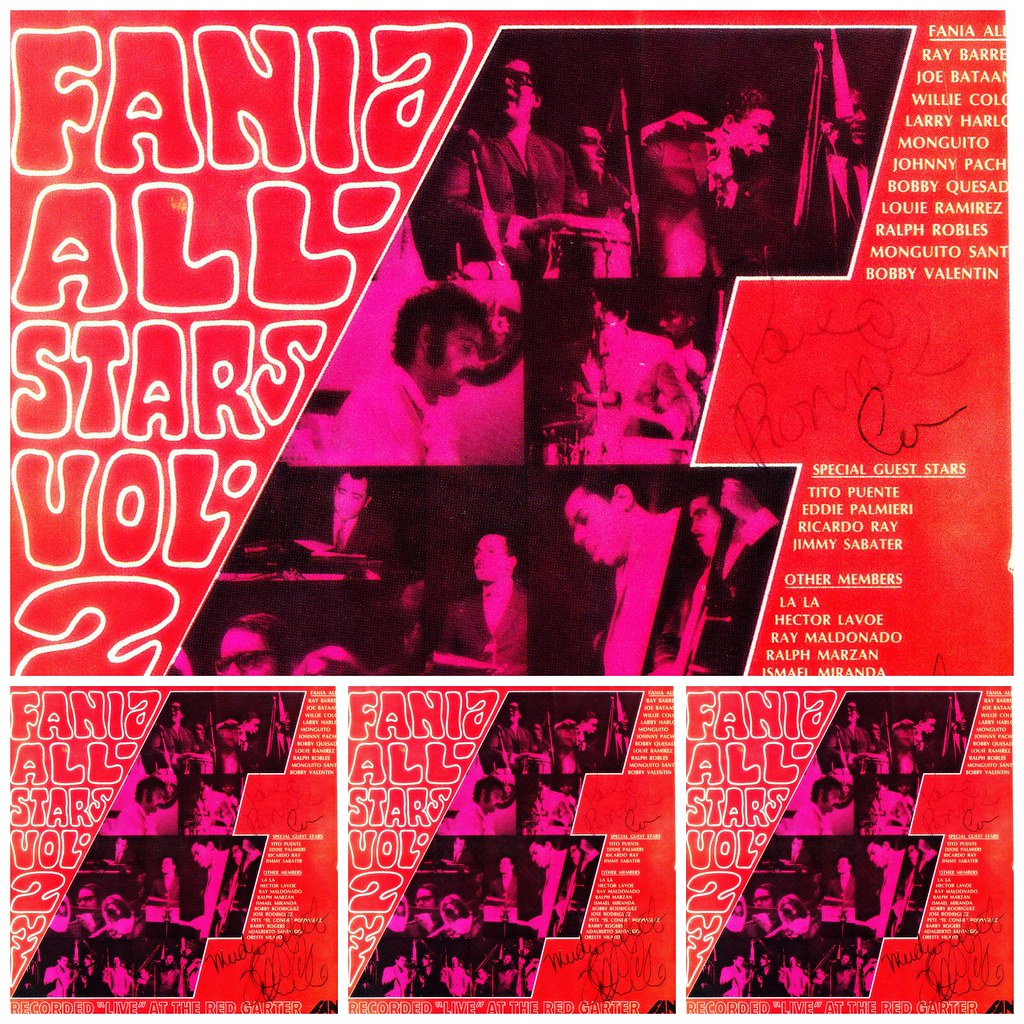 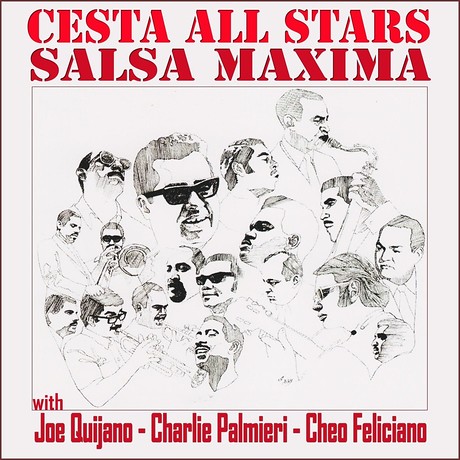 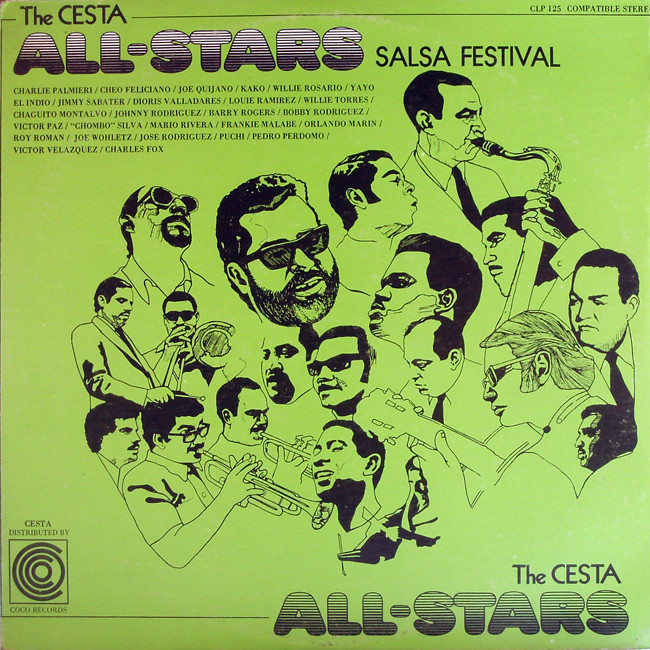 Now Playing: To Be With You - Jimmy Sabater Listen Live:

#NowPlaying To Be With You (Re-Edit) - Jimmy Sabater