Like so many other Los Angeles studio musicians, guitarist and composer Larry Carlton was faced with a choice a number of years back: whether to go solo and develop a name for himself under his own name or to continue the less risky, more lucrative existence as a session guitarist, making good money and recording with prominent musicians. Fortunately for fans of this eclectic guitarist, he chose the former, and has recorded under his own name for Warner Bros., MCA Records and GRP Records since 1978. Carlton's studio credits from the 1970s and early '80s include musicians and groups like Steely Dan, Joni Mitchell, Michael Jackson, Sammy Davis Jr., Herb Alpert, Quincy Jones, Bobby Bland, Dolly Parton, Linda Ronstadt and literally dozens of others. Among his more notable projects as a session guitarist were Joni Mitchell's critically acclaimed Court and Spark and Hejira albums, Steely Dan's The Royal Scam album, and Donald Fagen's Nightfly album. For much of the 1970s, Carlton was active as a session guitarist, recording on up to 500 albums a year. Although he recorded a number of LPs under his own name as early as 1968's With a Little Help from My Friends (Uni), and 1973's Singing/Playing, he didn't land a major-label contract until 1978, when he signed with Warner Bros. Carlton began taking guitar lessons when he was six. His first professional gig was at a supper club in 1962. After hearing Joe Pass on the radio, he was inspired to play jazz and blues. Wes Montgomery and Barney Kessel became important influences soon after he discovered the jazz guitar stylings of Pass. B.B. King and other blues guitarists had an impact on Carlton's style as well. He honed his guitar-playing skills in the clubs and studios of greater Los Angeles. He attended a local junior college and Long Beach State College for a year until the Vietnam War ended. Carlton toured with the Fifth Dimension in 1968 and began doing studio sessions in 1970. His early session work included studio dates with pop musicians like Vicki Carr, Andy Williams and the Partridge Family. In 1971, he was asked to join the Crusaders shortly after they'd decided to drop the word "Jazz'' from their name, and he remained with the group until 1976. In between tours with the Crusaders, he also did studio session work for hundreds of recordings in every genre. But it was while he with the Crusaders that he developed the highly rhythmic, often bluesy style he has now. His credits include performing on more than 100 gold albums. His theme music credits for TV and films include Against All Odds, Who's the Boss, and the theme for Hill Street Blues. The latter won a Grammy award in 1981 for Best Pop Instrumental Performance. Carlton delivered his self-titled debut for Warner Bros. in 1978, shortly after he was recognized for his ground-breaking guitar playing on Steely Dan's Royal Scam album. (Carlton contributed the memorable guitar solo on "Kid Charlemagne", and the opening to "Don't Take Me Alive.") He released four more albums for Warner Bros., Strikes Twice (1980), Sleepwalk (1981), Eight Times Up (1982), and the Grammy-nominated Friends (1983), before being dropped from the label. He continued studio session work and touring in between, emerging again in 1986 on MCA Records with an all-acoustic album, Discovery, which contained an instrumental remake of Michael McDonald's hit, "Minute by Minute." The single won a Grammy Award for Best Pop Instrumental Performance in 1987. Carlton's live album, Last Nite, released in 1987, got him a Grammy nomination for Best Jazz Instrumental Performance. While working on his next album for MCA, On Solid Ground, Carlton was the victim of random gun violence, and was shot in the throat by gun-wielding juveniles outside Room 335, his private studio near Burbank, California. The bullet shattered his vocal cord and caused significant nerve trauma, but through intensive therapy and a positive frame of mind, Carlton completed work on On Solid Ground in 1989. Carlton formed Helping Innnocent People (HIP), a non-profit group to aid victims of random gun violence. Carlton's most recent albums include two releases in 1996 for GRP Records, Gift and With a Little Help from My Friends. His other recordings include 1990's Collection and 1992's Kid Gloves for the same label, Playing/Singing (1995, Edsel), and Renegade Gentleman, a 1993 release for GRP. Despite the tragedy that was foisted on him in the late '80s, dragging him through a long and dark period of hospitalization and rehabilitation, Carlton's output over the years has been steady through the 1980s and 1990s. Carlton seems to have slowed down his touring schedule a bit, but certainly not his recording schedule. Always happy to meet with the press, Carlton has a sweet, peaceful personality, and one can hear it in his unique, rhythmic, warm guitar chords and ringing guitar tones. Larry Carlton's niece is pop singer/songwriter Vanessa Carlton. 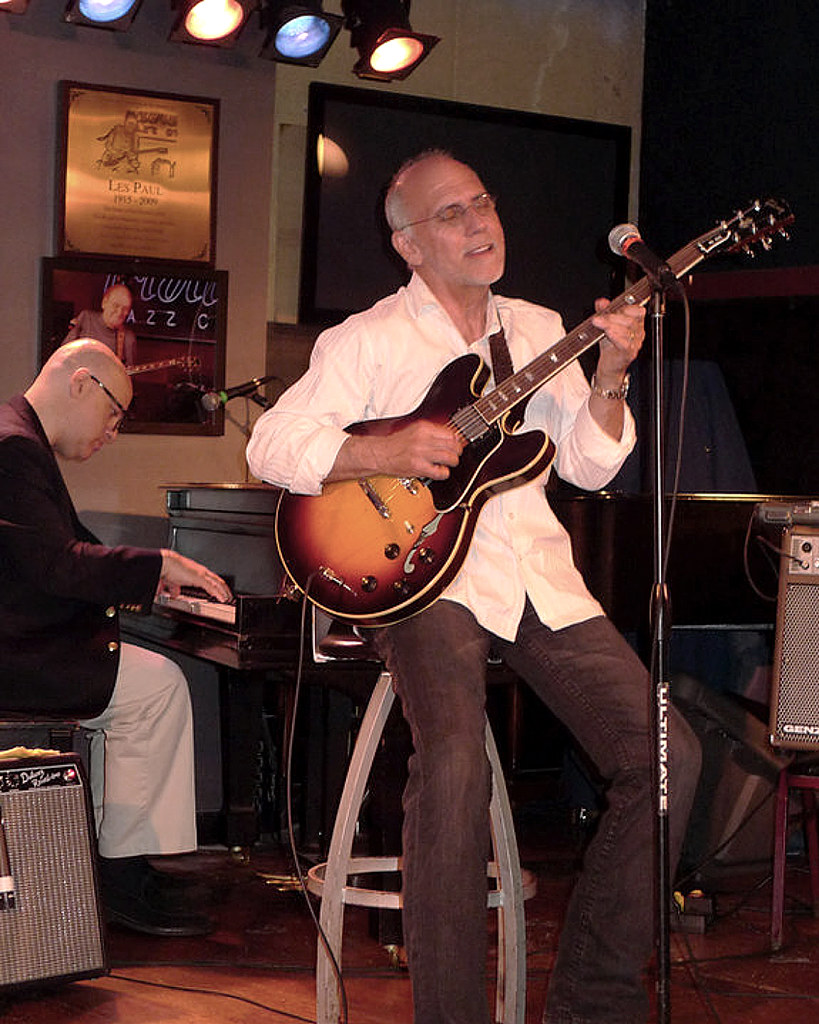 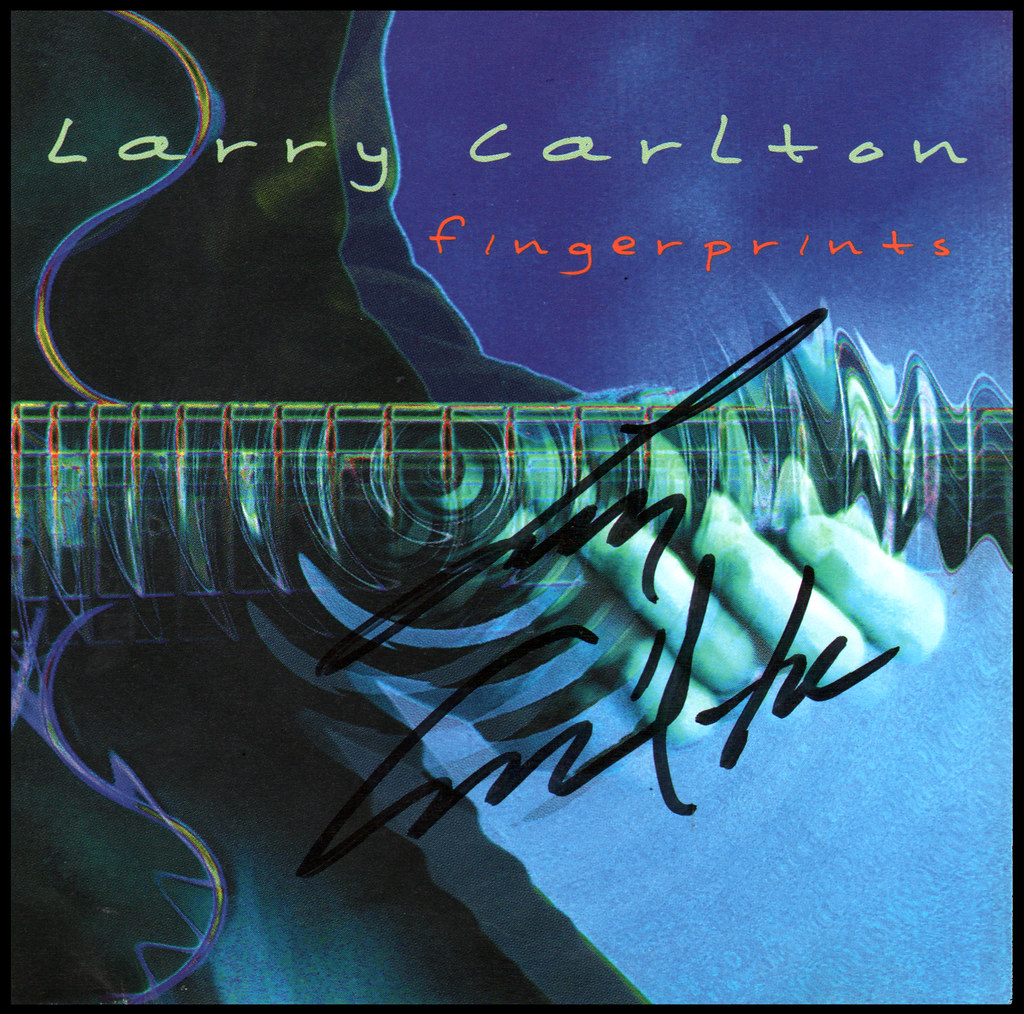 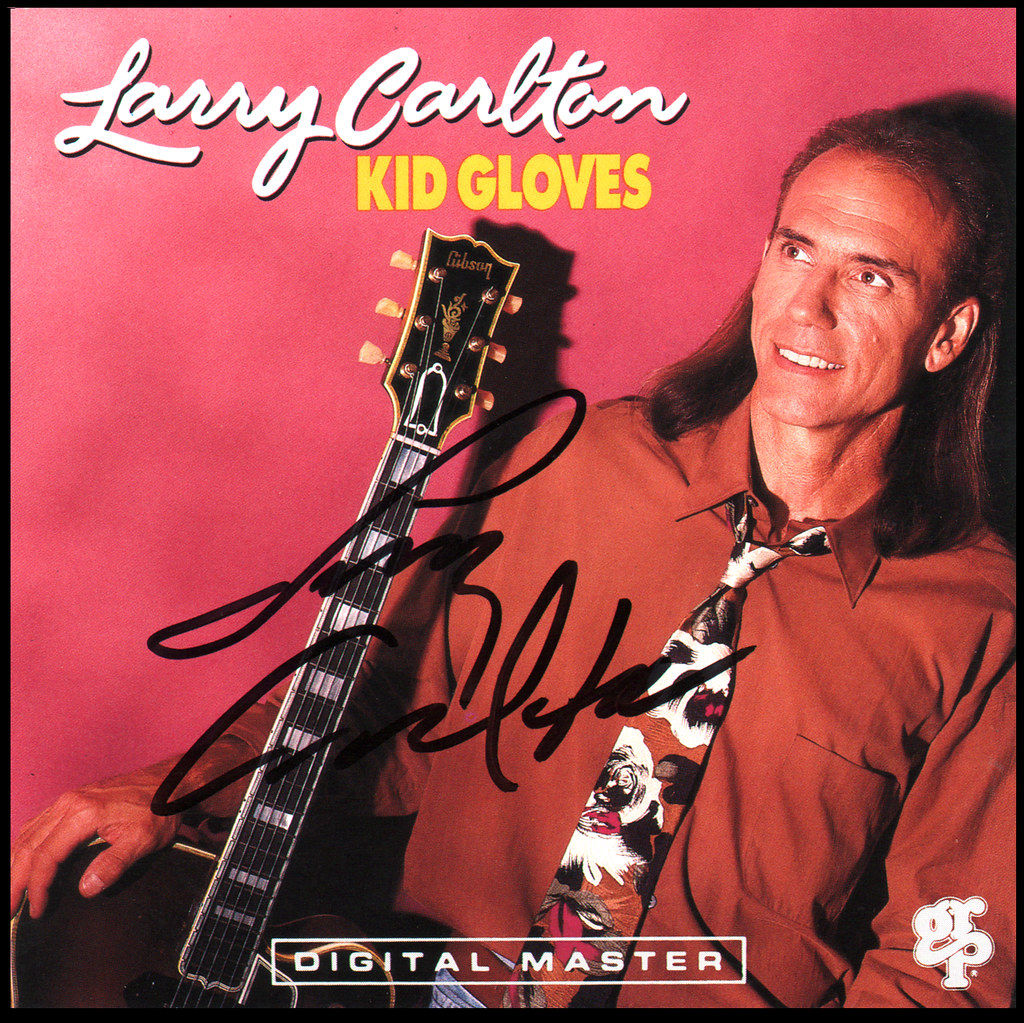 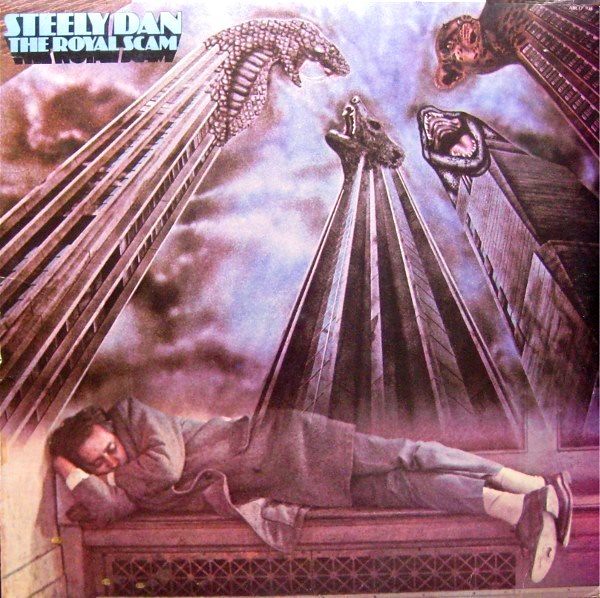 Listening to Jack Thammarat reminds me of Larry Carlton/Lee Ritenour.

Prop Me Up Beside the Jukebox (If I Die)