Start of the worst edm artists

Someone plz tell me what DJ set he uses 😭

I love Marshmallows music, it makes me feel amazing and makes me want to wake up every day like, yea! Another day of amazing songs by Marshmallow!

Good but not great.

I LOVE THIS SOUNDTRACK I love the beats and sounds!

Marshmello seemed to be kind of hyped, so I thought I might listen to his music and see why. However, I was disappointed, and felt that Marshmello is overrated. First of all, his “songs” don’t even have any words. They just consist of synths playing. In addition, every song has pretty much the same beat, which gets boring after a while. However, the synth tunes were beautiful, and I feel that Marshmello has potential. He should keep on doing what he is doing, but just add words to his music.

They all sound the same

My fav. Is know me or blocks

Keepin It Mello - Love it

Melo is a legit god

These are the best songs I have ever heard keep it up marshmello keep that sound of yours going I love it!

I decided to give this 5-Stars, but I would give it 4.5 if I could. I love how Marshmello sounds, but I really don’t like how everything sounds the same. Don’t get me wrong, I love the music, it’s just that it’s practically the same thing over and over again.

Whoever gives it 3 stars or less is a sped. The sound quality of Joytime is remarkable

I love this album! Everything is incredible! He has amazing sound! Mellogang4ever!🔥🔥🔥😍❤️👌☝️👍

Great, but the songs sound the same. other than that it's awesome!

Marshmello is the best! He is so creative and amazing all of his songs are great!

I like this album because I’m an instrumental kind of guy. All of the different sounds in his songs fit so well together. Marshmello’s a really cool musician and that is why this is my favorite album of all time!😁

I have been listening to this album for a few months and it never gets old. I love it. Their is one song I don’t like though, Know me.

Marsh you the best!!! edm producer ever. #MARSHMELLO GANG

(Note: Review is done in style of professional review) Marshmello hit it big with tracks featuring Khalid, and Colabs with Logic & Selena Gomez. But before that, he independantly released a debut album entitled Joytime. Joytime is a decent album, but it suffers from several issues. First of all, Joytime is like a fastoace rollercoaster that literally never stops. It goes from fast track to fast track, each one generously distributed with sugary synths, and high pitched vocal manipulation. The album never gives you a break. You will be exausted from the musical journey 3 tracks in. Also, very little variation takes place in these tracks. When you think about the album in retrospect, it will be hard to differenciate the tracks. One track does stand out though. That would be summer. Summer seems to be the only track that properly balances the elements, although it seems more like a mid-album track than track 2. Overall, Mello's got ways to go, but their are worse ways to start off. 6.2/10 3.1/5

I usually don’t listen to electronic music but, I love Mello. 🔥👌🏻 “Alone” is probably my favorite song by Mello.

So awesome so lit

I remember the first time I heard one of his songs was when it was on the soundtrack of an amusement park and I've been a mellofan ever since!!

Omg I am a fan of marshmello and he is amazing and his music is on fleek!!!! I like he songs bounce and know me. I also like keep it mello! He is so cool and I recommend listening to his music! Thx -sydney t.

Why do you have to make such good music? Love your EDM in your songs. I hope you read this! 🙂

Marshmello your the BEST D.J. Ever

Best music I ever listened to X X -

Ok, this is such a late review! But Marshmello, I LOVE YOUR EDM!! Though, no offence, " Take it back " was not really all the best. Not sayin' it was bad. It was good. But this whole album is awesome. KEEP IT UP!! ❤️❤️❤️❤️❤️❤️

Marshmello is a GGOODD!!!!! Best album love it

Definetly one of the all time mello best's! My fav is Keep It Mello!

Listening to this album makes me feel so alive : ) It's brilliant and it's energetic.

Worth a listen, awesome tracks.

Nothing this guy produces is bad. This album is just another reminder of this. Defintely a buy if you love bass and edm.

Well produced and good vibes all around. Love marshmello #mellogang

Like the song so much but I don’t really like the fact that on the UK ITunes Store, it says that keep it Mello doesn’t swear when it does

So good summer my fave

Not the best value for money album ever but I have been eyeing it up for ages. Took the plunge and wow. So not a mistake. Love every track.

I have been waiting for this for so long now and I love all of the songs. I wish alone was on hear but I love it anyway

Mind boggling rhythms - Joel Bobon This album made me want to get up and jiggle - Aneyran What am I doing in this review - Aidan Kidney 2nd favorite album in the world. My fave is well hello... By me - Abiram Gymlad Some very controversial reviews here. Interesting....

Marshmello is one of the best newly emerging EDM artists out there, so frankly this album is a must have. Unfortunately I've already bought all the songs in previous releases!

IfGodWasAPlaya - I can't wait for the full new album!!!

Ok so these maybe tracks that we have heard before but this guy is just the baddest man on the planet with respect to dance music right now so I don't care!

I recommend buying this album because it’s 1 of the best albums I ever heard 5 stars! ⭐️⭐️⭐️⭐️⭐️

I Absolutely love all of marshmellos song but this album especially!

IT TURNS ME ON SO HARD WHEN IM IN THE SHOWER!!

This album is legit, love it 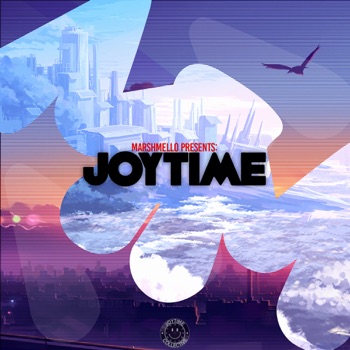