Heathens is literally my favorite song and I listen to it on repeat for so long.in other words ,this album PURE FIRE🔥🔥🔥🔥🔥🔥🔥🔥👍🏻

I’m sorry but P!ATD did not create a better nor a good version of Bohemian Rhapsody that Queen did. Twenty Øne Pilots and Imagine Dragons were the best though.

HEATHENS IS AMAZIIIIIINGGGGG it is the entire reason I started listening to 21 pilots!!

Heathens and bohemian Rhapsody are the best

I love the movie and entire album in general. I just didn’t agree to the bohemian rhapsody remake. I only heard the Queen version in the movie but idk why they didn’t put that in instead. It’s sweet that Panic made a tribute to the band (R.I.P Freddy Mercury ❤️) but I think it’s a lil weird. Other than that, I love the album. Really good songs. It suits the movie

WHY CALL IT YOUR OWN SONG WHEN YOU DIDN'T EVEN WRITE IT! MY GOD YOU ARE NOT A LEGEND AND WILL NEVER BE ONE!

wow that is actually nice! - Wow!

Not very good not even the remake of bohemian rhapsody by panic at the disco say what you want I just don’t like them.

It is amazingly GOOD

The best song on here is sucker for pain

Best thing ever to listen to

bohimian rhapsody is the best in my opinion which is a fact, but queens version is my fav and no one can top that version of bohemian rhapsody

That song has Joker and Harley all over I luv it!!! ;)

the movie is ok but the music is freakin good

Grinchlvr - In panic at the disco bohemian rhapsody,

You should wish you’d never been born at all!

All I have to say is b-a-d I mean seriously NOBODY CAN REMAKE BOHEMIAN RHAPSODY!!! Everyone should know that by now. But just SERIOUSLY 😬☹️😐😑

chewycaty - Here For TØP; Get Rid Of The Remake

Obviously, Heathens is the most popular song in this, but the rest of the songs are great! All of them except P!ATDs remake of Bohemian Rhapsody. We DO NOT I say, DO NOT, remake anything made by Queen. I don’t think P!ATD understands that, such a good song that everyone knows & loves, should never be remade. But, other then that, the songs are pretty good! Especially Heathens. I’m so proud of Josh and Tyler! They’ve come so far!

Some of the songs are good. Others are not.

I love all the songs on this soundtrack, and I liked the movie, too. My favorite, though, is “Sucker for Pain”. It is the ultimate collaboration, and that’s what makes a good song: when multiple artists work together to write and record a song. It gathers different thoughts, and songwriters only use their best thoughts, which results in every line having excellent lyrics. My other favorites are “Medieval Warfare”, “Fortunate Son”, and “Heathens”. The movie is interesting, and the soundtrack is excellent. I would definitely recommend it!

I am the biggest fan of suicide squad! I listen to their songs everyday. The person in suicide squad I love most is Harley Quinn, I practice on bars a lot.

Lets Face It, The only good song on here is Heathens, all the others are trash and dont even get me STARTED about Purple Lamborghini, I mean, what even is that name...... This Ain't IT chief.

THE CYBORG GANGSTA - This is sick

Great artists in this song. Make a great collab. too

all everyone is talking about is heathens lol🤦🏻‍♀️

Adison🖤 - My Life Is Complete!!

I Absolutely Love this album. I just love the fact how all these amazing artist come together, it makes such a amazing album!!

Man Eminem is the best Rapper ever

someone in the crowd. - Suicide squad

Really, had to swear?

Suicide Squad: The Album is a balanced and decent album. I love the album artwork. "Purple Lamborghini by Skrillex and Rick Ross" is the best song in this album, in my opinion, close was "Gangsta by Kehlani". I actually bought this album a couple of years ago, and I just didn't give it a review.

BlurryKaty - Panic! At The Disco and Twenty One Pilots

I’m such a huge fan of P!ATD and TØP. Those 2 songs made the album an AMAZING album.

Ok as usual an amazing DC soundtrack. Definitely the best ever like every song is amazing and like Imagine Dragons, Twenty One Pilots, Kehlani and Panic! At the disco did AMAZING and yeah. Also some good ones are the new Birds of Prey soundtrack and “To be Human” from Wonder Woman. Shame for the films writing though 😔. And if you don't like the soundtrack you have “Permission to die” 🔪⛓🔫💣 ♦️🃏

My favourite character is Harley Quinn and my favourite song is gangsta because it’s very cool I’m always watching the movie and suicide squad is my favourite movie i think whoever made this movie is a superstar I would recommend this movie for 9 and over because it is a bit scary but I absolutely love this movie everyone should watch at least once in there life.💝💖💗❤️

This has the best song choices, really great film as well .

The reason why is it’s fricking cool. HEATHENS

It's awsome not really for kids though so just to say

I love your music so much from the DC movie

Been listening to this album since last year and everyday until now n danggg am addicted !

I loved most of the songs on here especially heathens

Heathens is the only good song

All my friends are heathens🎶 best song 2016

I love this song so much and I am obsessed with suicide squad!!!! :)

Such a good tune

Jesus Newell - Only One Good Song

I loved all the songs on this soundtrack

Quite possibly THE best film soundtrack (and yes, i'm including Shrek so note the word "possibly")

I only came here for heathens 💕😂

I can see how it would link with the movie

Up early for the tea - Apsolutly anazing

I LOVE this movie sooo much and I couldn't wait for this album to come out I think it is a rely good idea that they added panic! At the disco to do an older song I could never agree with anybody that this isn't a good album 😜xx

5 stars for Rick Ross and Skrillex! Such a banger

ToMarvo - Is this based on the movie?

Numerous tracks missing (e.g. Sympathy for the Devil). Some tracks not in the movie. This had the potential to 5 stars but based on price and content missing only gets 3.

Best ever alum I ever got

Honestly one of the best soundtracks, not all my type of music but it all fits perfectly. Absolutely amazing.

Sebakwe - Where is ballroom blitz?!?!

Where is ballroom blitz?!?! This was in the trailer even but not on the soundtrack???

This is one of the best albums ever , all the songs are so catchy and amazing , I listen to the album almost once everyday !! It's so addictive , it's worth the money !

They're missing a few songs like Black Sabbath and Kanye West were in the movie too but they're not here??

No ballroom blitz, house of the rising sun, spirit in the sky or sympathy for the devil. Basically all the big ones from trailers and the movie itself. Pretty weak alone, and not a fan of the panic version of bohemian.

Great quality of songs definitely worth it

wazzer1981 - Soundtrack sums up the film

This soundtrack fits the movie's atmosphere well- and the songs work exceptionally well individually too. It's not the best out there, but certainly lives up to the hype that the film didn't. Always fun to blast in the car

Great album. Best are you don't own me and heathens.

Its a mad album, mad film too.

I went to se the film and it was worth every penny !

This album is amazing and Panic at the Disco nailed the cover of BR. It was risky to try and even cover it but they did it! ✌🏻️✌🏻

Ion want no smoke with nun of you pussies! Y’all ain’t gone do nun but tell on a nigga when shit get gangsta

Every time I think Katie Hopkins can't sink any lower she really goes out of her way to prove me wrong. I just can'…

@BoogKnight28: Now we can handle this like gentlemen or we can get into some gangsta shi... have it yo way

More than anything else, @OfficialFPL is back! Ecstatic! #fpl

Now we can handle this like gentlemen or we can get into some gangsta shi... have it yo way

After months of buying one of those ghastly looking avocado face masks, I finally shamed myself into using it today… 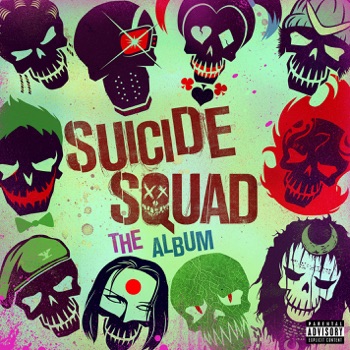