If I could give it 5+ stars I totally would! U rock Jason!

Coyotesyodow - This album is life

Y'all know it too

Jason Derulo is a great singer and I love all of his music.

double digit - The best of the best

These are a few of his best songs. Not every great is on here but mostly the mine ones are. JD fans will like this one.

Make the song 69 cents and add a feat.

Enjoyed a few of your songs. But a lot of your songs are bland and trashy. This is just a pathetic cash grab and the fact that it only has 64 reviews wow

Love his music. I haven't found a song I dislike.

People seem to forget what Platinum means. Means that the songs reached Platinum. This is an album of every song that reached Platinum. Is that so hard to understand? It's not "Greatest Hits", it's not "In Remembrance of Jason Derulo". It is "Platinum Hits". Some of these reached double, triple platinum. He doesn't want his songs to be forgotten, who would want them forgotten? In 7 years he'll make another Platinum Hits album, maybe then called "Greatest Hits". He already has more Platinum Hits than almost any male artist out there. Deal with it.

Great hits BUT....HOW is Breathe NOT on here!? DUMB! That's his best song!

I thought you had to succumb to some level of greatness before coming out with a compilation album... I mean wasn't that point. See how they very carefully named the album "Platinum Hits"... And even that's an overstatement. This album is a Joke. Just stick to you artist playlist named "Jason Derulo".

You know a musicians career is over if you have to rely on repackaging your same old songs to make profit. It cheapens your product and shows you're old news. It was a great run, Jason.

Jason Derulo has a HITS record.... Yup, I'm officialy more disgusted with the "Music Industry" of this generation.

So first off "it girl" needs an explicit title on it. Second have any of these songs went #1?

Jason is an incredible artist! He truly deserves more recognition! He is such an amazing singer/dancer/and song writer! All of his songs are 100000% amazing! If I could give him more stars I would!!! It amazes me how someone could be so sexy and talented at the same time! He will forever my most favorite artist!!!!

Anyone who likes him already has these songs.

Jason Derulo is just tring to be a copy of usher. Platinum hits?? Nope.

You expect albums like this from icons of the music industry. But Jason Derülo? Sure he's had a couple decent tracks, but for him to release a "Platinum Hits" album just shows ego and arrogance. Real "Platinum Hits" albums come after truly brilliant artists pass away or retire, not during one's career when they're not even a name that will be heard through time like the voices that deserve such albums.

I do not like jason derulo as an artist, yet this album made me realize that so mant of his songs are firrreeee

Don't pull the curtain on us yet! Greatest hits albums usually mean you're headed toward retirement...

Linda Blackwell - i love jason but..

jason's not dead yet, we want some new stuff! i love the songs that are on this album, but i own them all. please make more music :(

Great song I love all your songs

EVEN THOUGH I ADORED THE TATOOS ALBUM AND EVERYTHING IS 4....IM VERY VERY VERY HAPPY THAT THIS COLLECTION HAS BEEN RELEASED...SOME OF THE SINGLES RELEASED THAT ARE NOT INCLUDED HERE ARENT AS BIG AS THESE RIGHT HERE!!!! THATS WHY ITS CALLED PLATINUM...I WOULD HAVE WISHED FOR 3 NEW SONGS...BUT ITS OK HE WILL EVENTUALLY SLAY US WITH SOMETHING NEW SOON!!!! I FORGOT YES ITS A MUST BUY!!!! SOOOOOO GO BUYYYYYYYYYYYY

OMG YES THIS IS PERFECT!!! so glad he decided to just put all of the hits together

Some of the greatest songs of the 21st century

Jason is one of my favorite pop artists, he is a multi talented individual. I wonder how much input he had in choosing what songs to put on this album. I wonder how he felt about Marry Me being on it. Since it was about Jordin, I bet their were some awkward emotions involved. That just happens to be one of my favorite songs from him, mostly because of Jordin who I ADORE. Still sad that they broke up. Kiss The Sky is underwhelming, he can do so much better. It was a dissapointing way to end a great collection. Better luck with a different single Jason.

LuisNavarro15 - I am so proud to be a derulo fan

You have come a long way my friend and I expect even greater things to come. Love you man! Good luck Jason!

So glad they're all on one album now! Such a great contemporary pop artist. Congrats man!

Love love love this album! Even though I already own all the songs besides the new single but I am absolutely in love with it!!

My assumption is that only tracks that have achieved Platinum somewhere in the world are on this album, but they're missing some top tunes from his catalogue... Get Ugly, Breathing, What If, Fight for You - all smashes! Should be included!

Good Songs, But Why Isn't Get Ugly On It?

Amazing album. Best one Jason has ever done. Jason should feel proud.

This whole album is splendid but it's missing many hit tracks like "In My Head", "Fight For You", "Cheyenne" & "Breathing". Great effort tho man 😌👏🏽. Love the new track tho man and its probably gonna be a top 20 hit in no time 🙄👌🏽. It's great 😏.

There are some definitely some big hits from Mr. Derulo on here. It includes the No.1 hits 'In My Head', 'Talk Dirty' & 'Trumpets'. But it is missing a few platinum hits... 'Breathing' and 'Fight for you' were top 10 hits here in Australia and both went double Platinum, so they should of been included. A few more new songs would of been good as well for those that already own most of these songs. All in all though it's not a bad (even if somewhat small) collection of hits.

All massive hits and to top it off, kiss the sky is genius, with a modern funk tune. Jason is definitely on top of his game. 👍🏼💯 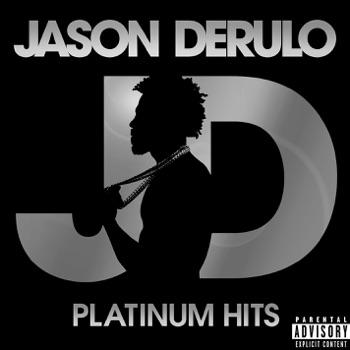