Smooth vocals and calming beats he has a bright future

this guy is going places, love this!! 🔥

Do your ears a favour !

What a load of crap. The guy just can't sing, he is flat and out of tune. Anyone who claims to like this rubbish has to be as tone deaf as the 'singer'.

After falling in love with Get You I listened his album. It is so wonderful! His voice, lyrics and music is just so relaxing! I haven’t heard an album so well put together in a while!

smooth as an Icelandic road, timeless, a consummate offering

hyper beam 67 - Won't be Big, but real Fans will love him

He won't be the next big thing for sure. Maybe a tour artist or a feature but a top placed billboard album he will never have... however aside from that this album is amazing... absolutely love this. Great production and a great sound to accompany it, an amazing Body of work.

"WOW" this is an exceptional collection of beautifully written and sung songs - a REFRESHING class act and surely a contender for "Album of the Year..!" A very HAPPY PURCHASE 🙃😊🎼😎

GXR014 - Such a beautiful Vibe

Love the lyrics to his songs! Very poetic and divine. His songs take me on a journey of love and deep sadness. But also coupled with just pure harmony. Such a great album. "We Find Love" is my favourite.

oliviabe - The rebirth of RnB

Daniel Caesar has brought RnB forwards, back to life. Every other artist claiming their genre is RnB is not even in a similar league to Caesar. This album, like his EPs are absolutely incredible. He manages to encompass this inexplicable, timeless vibe in every bar of every song. I’ve never been so blown away by any male artist. My favourites on the album are Get You, Best Part, Loose and We Find Love. Songs everyone should check out from his singles/EPs are: Japanese Denim, Streetcar, Pseudo and We’ll Always Have Paris.

I only found out about Daniel Caesar a week before this album came out and I listened to a few of his tracks and found myself in awe. It's hard not to compare him to Frank Ocean but the vibes are there. This album is solid and really well thought out too; some great, soulful tunes and a brilliant voice. Daniel Caesar encapsulates everything I love about this genre.

This album is actual pretty good despite the fact I have never heard if this guy and am listening to his music for the first time. I would love to hear more 😅👍🏼

You're the coffee that I need in the morning☕️ — Best Part ( feat. H.E.R ) - Daniel Caesar #BuildJakapan…

Want this played at my wedding 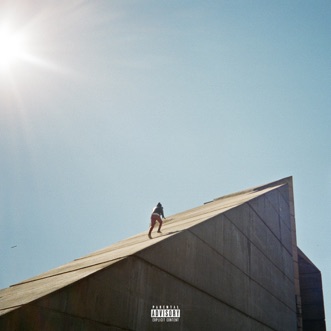