BriBri2X - Yass A boogie u blessed it with this 💙😜

Love this album, he keeps getting bigger and better every song/mixtape/album. And he’s just starting!

I love this whole album. Mixed emotions and passion all in one. A Boogie always been talented.

Knew he was gonna be big since "Jungle"

Jon Gerw - There is only two good songs

Keeps getting worse and worse

I Listen to the album all day on repeat 🙌🏽

The album is Greatness stop hatin

The title describes it perfectly.

reversegamer - Drowning is my favorite

This is crazy . These songs go for all moods everything!

What is this trash?

This album is fire

Got some work to be improved but its ok. A Boogie got the craft to better but his debut is really well done.

Aboogie really did it 🔥 #BX

I never do reviews this album was so Lit! Had too. Love from Cali🙌🏽

He sounds so odd beat and tired. Didn’t go with any flow. Essentially ruining a good song. Rather A boogie produces same track without him but each to their own.

STOP hating on my dude Boogie. You have no real taste for good music If u thing that Drowning is Garbage, Trash. I mean seriously you guys just don’t know what you’re talking about. How about if u don’t like his music(which means you are a idiot) then go listen to something else and stop being a moron

Kayla Herring - Did That

What a waste of time. iTunes, stop putting me his trash on here. Wanted to give it no stars but system won’t allow it.

Good debut! One of my favorite artists of the 2010’s keep grinding 🖖🏽

Terrible album for a terrible person. lil B is all love.

This is the worst album to date. Don’t Jump lil b

Boogie just brings that good music that either pump you up or put u in your feelings, production on most tracks were on point and in the end this is a great album (imo)

MontrealNDG - 😎THE ARTIST HE IS!

The fact that i can relate to everything your saying makes this my number #1 album of all time. Your going PLATINUM MORE THEN 70-100-300 times

Most annoyed I have ever been - 🔥

they should've played this in titanic

@Aztecz_rx: went from chillin' in the projects to makin' projects. 💿

went from chillin' in the projects to makin' projects. 💿 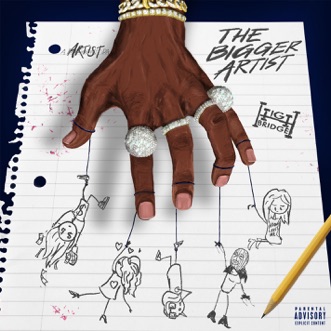