STOP hating on my dude Boogie. You have no real taste for good music If u thing that Drowning is Garbage, Trash. I mean seriously you guys just don’t know what you’re talking about. How about if u don’t like his music(which means you are a idiot) then go listen to something else and stop being a moron

reversegamer - Drowning is my favorite

Good debut! One of my favorite artists of the 2010’s keep grinding 🖖🏽

Aboogie really did it 🔥 #BX

He sounds so odd beat and tired. Didn’t go with any flow. Essentially ruining a good song. Rather A boogie produces same track without him but each to their own.

Jon Gerw - There is only two good songs

This album is fire

The title describes it perfectly.

What a waste of time. iTunes, stop putting me his trash on here. Wanted to give it no stars but system won’t allow it.

BriBri2X - Yass A boogie u blessed it with this 💙😜

Love this album, he keeps getting bigger and better every song/mixtape/album. And he’s just starting!

I never do reviews this album was so Lit! Had too. Love from Cali🙌🏽

Got some work to be improved but its ok. A Boogie got the craft to better but his debut is really well done.

Terrible album for a terrible person. lil B is all love.

This is the worst album to date. Don’t Jump lil b

This is crazy . These songs go for all moods everything!

I Listen to the album all day on repeat 🙌🏽

Knew he was gonna be big since "Jungle"

Keeps getting worse and worse

What is this trash?

Kayla Herring - Did That

The album is Greatness stop hatin

Not goat. Not fyah. Not good.

MontrealNDG - 😎THE ARTIST HE IS!

The fact that i can relate to everything your saying makes this my number #1 album of all time. Your going PLATINUM MORE THEN 70-100-300 times

Most annoyed I have ever been - 🔥

Boogie just brings that good music that either pump you up or put u in your feelings, production on most tracks were on point and in the end this is a great album (imo)

How does everyone go dumb on this? Never gets old. 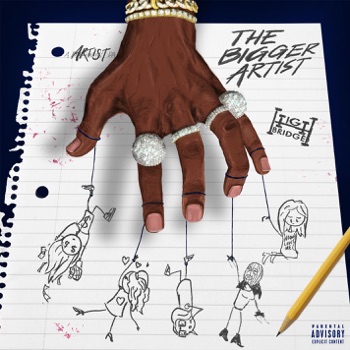