I love this album. I especially like nowadays,welcome to the rodeo,and the clique

There should also be a clean version of this album. So that takes a star off.

He is so talented

It is so good

Lust is my favorite in this album

My personal favorite is Lust

This girl in my grade named Emily loves this album. So is actually amazing. I love all of the songs. Emily forced me to give her gum

Good start to what skies is building into a strong discography. Welcome to the Rodeo is a strong lyrical track

All his music is 🔥

lol skies to the top

Not the best rap I’ve heard recently but very solid, not huge on autotune but he can rock it!!

This is the best

Girl who loves why dont we - red roses

Lil skies is lit. I love the way he attacks the beat and he is someone I look up to. I really want to be like him one day

Simple, This Guy is talented.

Make this into a ringtone

SwankTerrance - Some songs are just average

Not all the songs are good on here and some of the ones that are, are partially ruined by a terrible feature *cough cough* Landon Cube *cough* he’s trash. Lil Skies definitely can rap and come out with some good songs, but not all are really good songs.

Album as a whole is great! There are a few songs which personally aren't my style preference but good job to Lil Skies. I never thought i'd like a rapper with "Lil" in their name but i do now!

Beau on May 9th - Lil skies

Lil Skies is such a great rapper, I absolutely LOVE his voice with no autotune and when he spits and his harmony he makes with his voice in the background of “Lust” and “Signs of Jealousy” they sound so well with the melody. This guy is going nowhere but up, I sincerely don’t know how anyone can hate on pure talent and hard work.🖤🦋🖤

been about lil skies since day 1, obsessed with this album, you don’t get enough respect as a rapper, but you’ll get there, keep it up💯💯

My nephews birthday was last week and I got him 2 tickets to see Lil Skies August 3 down here in Santa Ana. And I’ve never heard of him but my nephew said he was amazing so there you go 🙂

Cheap and there r so many songs. My fav album ever

Don’t understand the hype, each song is as mundane as the next

NUFC Canuck - This kid is unreal!!!

Dooshkinharbin - This man is on the comeup of the century

Kevin Ellison - Skies, Landon Up Next

Better then most upcoming rappers nowadays

Every song on the album is crazy!

Lil Skies up next

Gk Gill - On the come upp

They both heading to da top 100

scooterboy678 - Appel music is a wast of time

All songs are sick! No bad song produced off skies. His all went into his songs and you can 100% tell he’s dedicated like he said in welcome to the rodeo!!

Seen a video on Facebook of this guy in a car singing his creeping song. I liked but the thing is I didn’t know who he was until this video. I bought his 2 albums and 5* to the both of them. Been playing them all day. This man needs more videos or more advertising to let everyone see who he is.

Crusty banana - Nothing but 🔥🔥

Watch this space! Skies will be blowing up by April

Listened to most on YouTube and just had to preorder it 💯

Skies gonna be massive very soon. All tracks he’s released so far have been real hits. Can’t wait for this album

Love it all the way

This album is something else🔥

Yummy. This album is straight fyee

Expecting you to take 2018 by storm

welcome to the rodeo boutta be fire🔥🔥🔥

D’banj was a big part of Good music. He had Big Sean,Pusha T and Kanye on Oliver Twist video. He had his adlibs on…

I’m tryna ice out the clique 🌬

@fishingforleave: (2/2) The HOME water fleet was crippled by the EU making off with 75% of quotas when Britain contributes 60% of catche…

@fishingforleave: (2/2) The HOME water fleet was crippled by the EU making off with 75% of quotas when Britain contributes 60% of catche…

@sn_hulme: The Majority of Labour members have a "favourable" or "very favourable" view of the SNP, according to YouGov. Only 10% have a…

@melemms999: @SnarkyCulture And if any #MLM reps defend their LInkedIn anonymity by saying that they have to hide because of the negativ…

@KitKatNovelista Accentuate the positive. It seems hollow maybe and clique, but as you think on the good things in…

@twentyonepucks: legit everyone grows up being taught to look both ways before crossing the street, some mfs are still incapable of doin…

About The Clique [Lil Skies] MP3

You can find here mp3 music file from artist Lil Skies, album Life of a Dark Rose, song The Clique, released date 10 January 2018. Listening and fast downloading online to The Clique - Lil Skies mp3 preview is free and does not require registration. 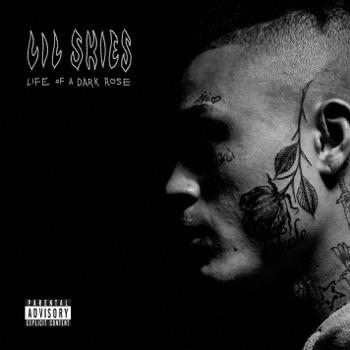