Long time fan...I love the new sound...I actually think this is one of my favorites of theirs.

Really enjoying the music and how relatable it is!

My son loves Confidence!!! I like the lyrics on this album. Great work!!!

Breaking Point - favorite song of the album for the message.

chiefs08 - This is pretty cool

I want to see them in concert

Ok, lemme start by saying this. These guys are great. Yes, I have to say they're not the same. So what? Change is a lot of the times good! They're not the same because their lead singer left the band! What else would you expect? I wouldn't expect anything less. This album is another great one from Sanctus. Sounds great; looking forward to hearing more of their new sound!!

Sigh...I got excited when I saw this album. Title nuff said.

Been a Sanctus real fan since day 1. Even with the exit of Matt Hammitt, I still enjoy the music that has been put together on this album. If you’re looking for a great cd from top to bottom this is one to get. Even with a different feel and sound, the lyrics are great and so is the soul and heart behind the music. I think Dustin and the band have done a great job on this project.

THIS IS GOOD MUSIC! - BRUH

I haven’t written a review in 5 plus years. Sanctus Real left with Hammitt. Haven’t been full-throttle since Fight the Tide. The last glimpse we saw of the Real Sanctus was The Face of Love...had some legit songs after with Matt Hammitt, but c’mon. Drop the name cuz you guys are not the same. You guys are keeping the name to sell albums. Sorry guys. 5 reviews speaks for itself. Sound just like EVERY SINGLE Christian/Gospel out there. Make music, not garbage.

Every song on this album has thought provoking, meaningful lyrics. There is a lot of variety in the songs on this album; it has rock and roll, worshipful ballads, and pop rock. I enjoy listening to it on repeat; it’s that good! A truly well done album. I highly recommend that you buy it for yourself and enjoy.

I bought this during the pledge campaign preorder , so I have been fortunate to have listened to the album many times now. First off, this is a huge step up from the 3 EP released a couple of years back. Every track on this album could potentially be a hit single, similar to the first 3 or 4 Sanctus albums. Some of my favorites are “changed”, “breaking point”, “confidence”, “safe in my fathers arms” and “unrestrained”. Dustin’s lyrics and vocals are on point. Production and songwriting are at a all time high point for the band. If I had to say anything negative about the album, there’s just a little too much hand clapping/finger snapping/programming in the place of live drums.....and of course, like most fans of SR, I miss the rock and roll, which unfortunately is not included at all on this record. 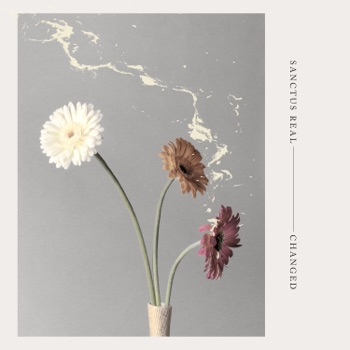