I really enjoyed the first Tarantino tape, and was excited to hear more of it only to be heavily disappointed. While the songs are nice to listen to, almost all have nothing to keep you interested or coming back

Logic is the greatest - Best rapper of all time [G.O.A.T]

Logic is the best rapper of all time and has great songs. He inspires me so much.

Love this turn up BT!!

its just someone you dont know - Good work!

I’m not one for most rap music, but this is well-done.

I miss the old logic

I didn’t really like this project until I listened to it a 3rd time. Doesn’t completely measure up to BT1, but it’s still good.

Logic is a beast everyday and contra are my favorites

Like every previous album, I enjoyed almost every song in this as well

All of this song are 5 stars logic is the best

The best artist has come back again in his new album

More pretentious trash for white suburban kids to act like they know hip hop. Do kids even listen to rock anymore?

marshmello you can do better than this!?

AMAZING ALBUM. Not like others rapping and you can’t understand them. Logic you can hear clearly. I think he’s a lil Eminem 🔥. Logic hmu on my Snapchat @lazykid_gang. I wanna do a song with you.

Diverse album with a lotta talent from multiple artists, Logic killed it again🔥

Good album, but Everyday makes it so much better

I love your songs they cannot be beat

It’s clear that logic is successful. But at what cost? Destroying the essence of hip-hop? Being fake? His positivity is a gimmick. And like the sheep of our society you’re all falling for it. He can’t rap his music is crap and I’ve seen his kind before - he’s not original. When you look around at society and you see how messed up it is… Then you know why he is successful. Marketing nonsense. Teenage vanilla and flowers. Straight garbage

Chillin Boy.. - THIS MIXTAPE IS SO GOOD!!

I REALLY VIBE A LOT TO THIS MIXTAPE. THEY ARE LOTS OF COOL & CHILLING SONGS YOU CAN LISTEN TO AT ANYTIME. 5 STARS NO DOUBT! 🔥🔥💯💯

This is straight fire. Logic is a rap god.

RattPack Til my pulse flat

A beacon of hope in a sea of pretenders.

jdjdkdkdjeirlfjjxh - Logic is back for more

12/10 recommend this cause bobby tarantino makes some good music ❤️

Come on man why you gotta cuss like that?

Poetic lyricism and the preaching of truth have been lost and the ability of Logic to, so eloquently, capture the truth of his upbringing and the reality of our society is impeccable. I’m thoroughly impressed with every piece of work Bobby releases. Keep it posi.

This is not good hip hop

don’t even listen, it’s like he’s not into it, or even trying to be for that matter. 🗑 Eminem makes this rap look like

Really solid Project that did not disappoint but executed in every single angle possible. The only thing that I've recently seen from Logic is that he's not as consistent as he was in years prior (Under Pressure and The Incredible True Story). Nonetheless, a really solid Project from Bobby Tarantino himself.

Kim Jong Kardashian - Did you guys know that Logic is biracial?

join the boat logic. Best Of All Time

Logic is back with a new him!

🔥🔥. It’s logic what else is new. Banger after banger.

Such an insane mixtape. Logic always makes great projects, and this is another great one. Great bars, great jams, all around such a fire mixtape. Rattpack

Turn up music for Mormons

One of the most talented rappers ever. His message is important and appreciated. Overall amazing.

UPDATE IS TRASH! - Such a dope album

Every single song is just a banger.

So underwhelming. There was so much hype and the only good songs are 44 more, everyday the other two songs are features too

Great Mixtape. Had it on repeat since it released. Mixtape Logic >>> Album Logic

Just straight fire for most of the tape, like one or two songs i though were a little lacking. But it was still fire. “Warm it up” and “indica badu” are for sure my favourites 🔥

Warm it up is perfect every song in the album is 🔥🔥🔥

Probably the first hip hop album of 2018 i liked alot indica badu, warm it up, yuck and 44 more are definitely the standout tracks

Another artist who was good before he became a record label puppet...

This whole mixtape is out of this world except for everyday which can be likeable but the rest is just straight up fire!!! Props to the comeback Logic!

Just him trying to rap as fast as he can not catchy, poor beats, all around brutal project

Great album as always, great flow and variation between songs from logic.

The boy did it again!

Phone caught up on fire while listening to this 🔥🔥

Nerfonator10 - Back at it again

Cdnbrownie - He did it again!!

The best rap album I’ve heard in a while

Hallsy04 - Best mixtape of the year!

I love this so damn much I’ve been waiting and I’m so happy fire my man ! 🔥 Bout to hit up the homies and pick em up to jam

Love it so good!

GamingAlertYT - This is the best song

I love this song so much xx keep it up bro

Definitely worth the price

Slick flow, young sinatra style lyrics, 6ix dominating the beats as usual. Logic is back after his disappointing show in 2017

J96-Manchester - AMAZING! Logic is so diverse he has something for everyone

The old logic is back boyss!

This is the real Logic. Mixtape is fire 🔥

Loved the first installment of this concept album. Logic is so under rated even thou he releases an album every year for the past 5. Logics flow and lyrics are the best in the game at present. lovin this album 🤘

TommyIsSimple - Young Sinatra days are back🔥

This Mixtape crushes all others 🔥🔥🔥

Every song sounded the same, personally I do not understand the hype.

This album is absolute fire 🔥🔥🔥🔥

Been here since The Incredible True Story days, Bobby does it again. Come to Australia!! Imma collab w you one day

Been a fan since 2012 and never fails to disappoint, please tour Australia some time soon 🔥

xXChickenSticksXx - RattPack blessed with another banger!!

Didn’t think he could get any better, but he’s done it. Much respect to my main man Logic, blessed with greatness! 🔥🥂

Absolute tunes left and right!! 😍 Logic come to Australia thanks!!

BOBBY IF YOU SEE THIS I LOVE YOU DUDE

@hrenee80: So, as it turns out - the people who make millions & millions of dollars for singing, acting, or throwing a football, aren’t…

@miacarranza_1: my entire world and wish he was still here with me everyday.

@AmbassadorRice: YES. How the hell do we get to a (horrible) best case scenario through mitigation if we don’t have a NATION-WIDE lockdo…

@TeamHendrick: To our everyday heroes, we say thank you.

@xsqoof: april fools is tomorrow but you bitches lie everyday

@xsqoof: april fools is tomorrow but you bitches lie everyday

@iammillestate_: We do a lot of finessing where I’m from. The system does it to people everyday lol

@itsrosenicotine: how to check either you are having bipolar disorder or not? Or in depression? Kau bayangkan la jenis malu nak claim ad… 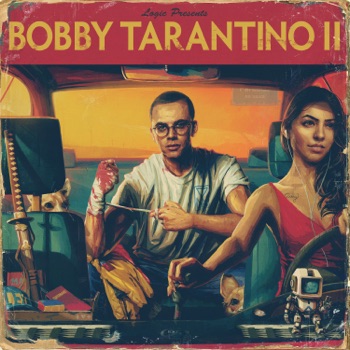