I love Rebelution and bought the Courage to Grow album a long time ago. I recently upgraded my iPhone and when I try to download the album now it’s saying I only own one song and only one pops up in my library feed..can’t even find or see any other songs from the album besides the ONE! I know I bought the entire album and have it on my PC. This is a simple tech issue or a huge fraud issue. Either way I have no reimbursements or notice or compensation..anything..I would like this to be addressed.. I was also considering buying Apple Music again but this is such a huge letdown and am no longer considering a re-subscription..

Don’t be fooled by the rating. Some people are stupid and review the album “one star” because *iTunes* is lame, which has nothing to do with the quality of the tracks. This is a fantastic album. One of my go-to jams for cruising or chillin out, especially on cold winter days (reminds me of growing up oceanside). Although I love everything Rebs puts out, this is a classic and will always be a favorite.

Downloaded this some time ago, great album... until recently when setting up a new MBP and noticing that there was an issue between how many tracks are SUPPOSED to be on the album and how many actually are. Multiple tracks missing, and significant errors trying to re-download the album on this machine. I paid for this album, I received said songs, Apple removed songs I paid for, I did not get any refund or explanation. This is at a minimum a technical error, at maximum I suspect wide-scale fraud or theft. Theories about about the reasons for this... but the fact remains that this is the equivalent of going in someone's house and destroying items you sold them after the fact... digital or physical is of no matter.

Ordinary Girl was a great song. Too bad it was removed.

BrownTownCity - Why remove the song “Ordinary Girl” from the Album?

I’ve streamed this album so many times and I’ve loved every song. It’s a great album for the summer and life in general. I’ve noticed many bad reviews because a song has been removed. But, I can’t find myself rating this anything except 5 stars. Love this band!

Ordinary girl was deleted from my library. It looks like this happened to a lot of other people as well. I’m also missing a couple of other songs from Rebelution as well. What happened ITUNES? You owe us a refund and an explanation. I’m not buying twice!

I bought the album a while ago and now it saying that I didn’t. So if I want it again I have to repurchase it very disappointed

gstak92 - Itunes took away all the songs I purchased

Do not buy on itunes!! They took all the songs away I bought including my favorite, Ordinary Girl 😔

Don't know why they did this but assuming they were tired of hearing everyone request it all the time and Eric probably can't hit the notes their original singer could. SAD, great song....

I purchased this album almost a year ago. Now only Heart Like A Lion shows up in my library. Apple support hasn’t been able to help. 😐 super lame

Kal-El in SLO - Previously purchased this album, but now it’s showing that I didn’t.

I previously purchased this album. Now it’s showing that I didn’t. No way am I re-buying it. Don’t know if it’s Apple’s fault or Rebelution’s fault, but I’m done buying music on iTunes

I thought I was going crazy when I couldn't find this song in my library either. I would love to know if I was refunded for it, I know I purchased it and now it's disappeared.

I thought it was just me! Great song and boom just gone?

The only reason I was searching for this album was for this song. Why has it been removed??

Had previous bought and downloaded Ordinary Girl from this album. Awesome song. Now it has been removed and I can’t listen to it.

Alright my Boos<3! I will be streaming some Valorant tonight! Come and join me. Also TY so, so so much for the supp…

@vminysI: I wanna ask you If this is all just in my head My heart is pounding tonight I wonder If you Are too good to be true And would…

@everythingloria “It's Tuesday night and I'm feeling alright. How can I help you tonight? Questions about creativit…

@acorn_hobii no! it's alright, I'm slowly feeling better now, I was having some bad days, but lately I've been feel…

just feeling the guilt settle in. everything’s alright. everything will be alright.

@everythingloria: It's Tuesday night and I'm feeling alright. How can I help you tonight? Questions about creativity? Process? Pitching?…

It's Tuesday night and I'm feeling alright. How can I help you tonight? Questions about creativity? Process? Pitchi…

@mozztime I'll give you 10 dollars From My infinite Stack of Cash because Im Feeling generous today, Alright Big Guy.?

Alright she's suddenly feeling a bit low and she can't quite explain it so she's just...a lil quiet. 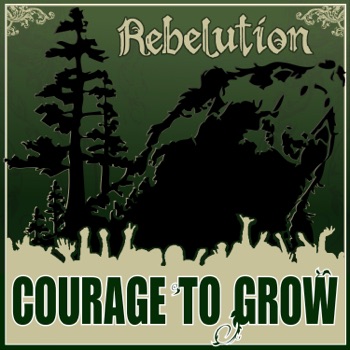