Why do people say this Metal

I love the beat and everything about this song. It’s fun and makes me smile as well as sing along. Love it!

I’ve played this album literally hundreds of times since it’s release and it never gets old. I play it at the gym lifting, at the beach doing cardio, in my car.

i turn 15 this year and this album came out when i was 6, why are people comlaining about not having the clean version. the best songs are the ones that go full out. ive been listening to this since my parents bought it, people need to get over themselves and not be so picky

I'm a huge Buckcherry fan and this album is solid thru n thru. Some songs I like more than others but they stay true to rock! It's not metal, it's not grunge, not alternative, but good hard rock and I like it like that. Keep on guys, keep on!!!!!

Zophos#2 - This once again is inaccurately marked.

Not as explicit as you think. When I looked at the lyrics, only one of those was accurately marked. I think you can guess which one.

Can't get old songs are great

The guy's voice is lame, and the instrumental music does nothing to excite the listener. The lyrics aren't even that great. If you're into "modern" rock bands (Nickelback, Theory of a Deadman, etc.) you've found a match to your musical tastes. If you like classic hard rock or any other type of music besides modern rock... just move on.

Really good album. Has a great 20th cent. sound to it. 4 all those ppl who think this album needs a clean version, IT'S BUCKCHERRY! If there was to be a clean version, half of the song would be unheard!! Get a grip!

chevyorange - One of, if not their best.

A must have if you are a straight up rock and roller who loves a good time and knows sex, drugs and rock and roll won't always kill you. Funniest thing here? Crazy B!tich is not listed as "Explicit". Apple is so funny sometimes. It must be a heckuva job trying to keep everything straight.

i can't really say whether i like it or not. the one song, "Sorry", is really all i like. it was in a text message i got and was only a 16-second clip. i heard it on the radio and had no idea what it was. when i found it, i jumped for joy cuz thats how much i liked it. i cant say much mor other than i like that one song.

The reason I love Buckcherry is because they have a classic 80's metal sound. They have that sort of Guns n' Roses sound. Their lead singer sounds like Axel Rose and their guitarist plays like Slash. The song Sorry was even a top 10 hit I believe. Which means that Hard Rock/Heavy Metal is still alive and well.

awesome CD, I saw them in concert at the Midwest Rockfest, and they just blew me away. I had never listened to them before then...and now ima die-hard fan

the only good song is sorry

CountryBoyIsSurviving - Awesome but not there best

I still think there best was there first album

kisssssssssss - not as good live

i saw these guys live with kiss and kiss was amazing but buckcherry sucked live. the guitars were okay and i couldnt understand a word the singer said. they must have used a lot of studio work in this album

Awsome album I might even say it is their best I love every song on it!!!

next to you is ba

really good album. nice mix of songs. of course my fav is sorry. usually im not all that interested in this stuff but it caught my eye.

This album really isnt that bad. Buckcherry is definitely sticking with who they are. I personally prefer their s/t album and Black Butterfly, but overall 15 is pretty good. Favorite songs and Out of Line and Onset. Also if you don't like curising or find Josh Todd's vocals annoying, dont bother buying this of posting hateful reviews.

DirrrkDigggler - not as good as first 2

first of all, the review is wrong...this is their 3rd album, after s/t debut and TIMEBOMB. second, this album lacks the fire and grit that made the first 2 great. it sounds like the powers that be let bc believe their own press and convinced (read: FORCED) them to make a polished, arena-rock, nickelback-ish album with a couple radio songs on it. if they would remember what made them unique in the first place and go back to playing 80s sleaze rock, their real fan base would return and they would get some critical respect again, something they lost with this album.

purplecat2 - Where is the clean version?

Why is there no clean versioin? The song "Sorry" is one I really want to purchase, and there aren't even any bad lyrics in it! iTunes really needs to get a clean version out there PLEASE!

Dirk66 - No CLEAN version made or needed!

Balls out solid rock n roll album from beginning to end. If you've got a problem with EXPLICIT language, go back to the 20th century. This is hard rock that needs to be heard. A great album to usher in the next millenium of rock!

this is mainstream - i am flipping out of my chair

and no its not because of the awesome music its because people want to buy a clean version of the album? how could you want that i meen the american media is screwed up for even considering clean versions for any songs or albums because whats the harm if you already know what there saying, if you buy the clean version you just get HUGE wholes in the song. Nothing makes me any more mad than that and, if youd bother to listen to any of their songs youd realize that with the clean version youd barely be able to hear the song... so please stop saying you whant the clean version...

This is a very good album, it gets tons of radioplay and I especially like Broken Glass. Also what is with all of the people wanting the "clean" versions of the song? If you're going to buy a song why would you buy it censored? And the band being Buckcherry why do you think all of the songs are explicit? Are you listening to these in the car with your kids? You shouldn't be anyway, this isn't appropriate music for little kids even the clean versions!

The song Sorry was played at my 13 year old friends funeral so im sorry but i cant think of this as a good song anymore.

We want the clean version click yes if you agree!!!!

Buckcherry jus was'nt something that i liked but once i started listening to it more i really liked it. 1.Sorry 2.Crazy B**ch 3.Sunshine 4.Next 2 You 5.Everything There total Awesome songs, + i totally recommend there other albums... Click YES! :) Or NO! :(

you guys are amazing i love your song sorry

I only have 2 Buckcherry albums, (15, Buckcherry) and I am absolutely amazed by this album. One bad thing is that everyone says Crazy B**ch is the best because of the point of the song. Well, listen to So Far or Out of Line. Crazy B**ch isn't their best hit, only one of their best.

Another great album and theirt realesing another one pretty soon so both ... i mean all of their albums are deffinetly worth taking a look at.

Jemagu - WHERE IS BLACK BUTTERFLY?

15 was awesome, and Black Butterfly promises to be even better! The album came out more than a few weeks ago, so why isn't it on iTunes? Click yes if you want Buckcherry's new album on iTunes!!!

iTunes needs to get the new buckcherry album Black Butterfly on here. Everyone wants to here it! i have listened to it and at least 3 of the songs will be on the top 100 list Too Drunk, Don't Go Away, and Rescue Me.

ok so i love this album.. but when are they gonna get "too drunk" i love that song.. :]

ok this album rocks if you like buckcherry... top 3 songs are: 1.crazy b**** 2.onset 3.next 2 you / broken glass their new album BLACK BUTTERFLY has been out for almost a month now and its still not on here...luckily i have a music sharer that gives me it(eh hem no names). Click yes if you want black butterfly on itunes!

I love this Buckcherry CD! The music is awesome, definetley some of their best tracks yet. I hope they keep bringin' it!

GQHerndon - Where is the new album?

Please click yes if you want i tunes to get the new Buckcherry album on here dammit!

This is a great album!!!Where's Black Butterfly?

Cleveland Mike - I WANT : TOO DRUNK

PLEASE GIVE US THE NEW SONG TOO DRUNK , WHEN IS IT COMMING ??? any one know???

This is a great album, But the new 1 is better. It is called Black Butterfly. The best track is TOO DRUNK... I Love the new album

I wondered where it was because I was ready to buy the whole album on the 16th. I Googled for a while and found something under a topic about Kid Rock. Apparently, Atlantic Records wants iTunes to sell the whole album or nothing, but iTunes wants the option to sell the singles piecemeal. There was discussion that Black Butterfly would be treated the same way. Unfortunately for iTunes, I had to go to Amazon to buy the album download. Following up 15 is tough, but Black Butterfly does a good/great job of trying. Defintely recommend it.

bahiahonda130 - where is Black butterfly?

Buckcherry has a new album....iTunes where is it?

The songs are so in your face exept (my favorite) Sorry. Right on! Keep it coming Buckcherry. Love what you have done here 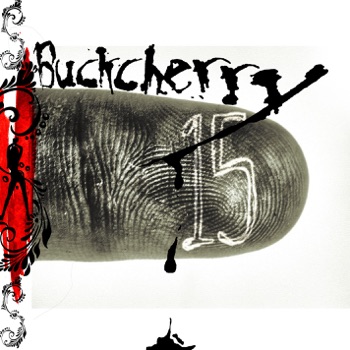