I’m like in the same vibes every year when your albums drop!🥂✨

All same beat and flow

I’m not the biggest Drake fan however he’s obviously done it right. People can knock Him all they want but he’s laughing all the way to the bank. And I’d like to see where your bank of awards, platinum albums, your many world tours, your insane private jet are. That’s what I thought. Jealousy Is A MF’er and it makes you look stupid and incredibly Sanctimonious ignorant and a snob. My advice is maybe smoke some Legal Weed and CHILL TFO!!!

Drake makes me question just how far as a society we’ve stooped....he is so devoid of real talent. It makes me feel so incredibly sad for all those people with real talent who may never have the chance to showcase it. Very sad!

You know I really expect a lot in the Drake album but with this album I was really not a fan and I think he could've been a lot better I think that one of the songs on this album feel the same and it ended up not being my favourite so in conclusion that's why give it to stars while it did have some bangers and a just really all it wasn't my favourite and I think it really could've done better so yeah.

Drake is always someone I love to listen to. This was another amazing album with many tracks that I'll listen to for years.

Drake is on fire! Best music he’s made.

I love drakes songs and him himself I am so happy to get my hands on such good music love you drake!!!!😊

How does anyone listening to this actually know that it’s any different than any other other terrible rap of the last decade? Do these guys all use the same nauseating background noise and then just start talking? I mean it doesn’t even fit the beat. What happened to the good rap of the late 80’s & through the 90’s? It could be called music. Even Eminem or however his stupid name is pronounced has some good music. There is zero quality rap anymore! You can tell how negatively it’s effecting younger people, they can’t even form a sentence in their reviews! It’s hilarious how bad their grammar is.

Drake is just the best

Nothing but a flow thief

App-Reviewer-Guy - An hour too long and drags on

What happened to the Drake that made quality music in 13-15 cut albums, instead of chart chasing garbage that no one will listen to in a year from now?

You have the best music in my feelings

Proven you one of the best once again#drakeeffect

Quack The Russain Duck - Best album of the summer/year

I love this album 👍❤️

Drake I love you I'm an OVO I have your merch. I love your music it touches my heart

This isn’t really an album that should be listened to from beginning to end. Buy ur fav tracks instead of the album because it’s so long and most of them are not as good as others

That just proves we've had enough of Drake - Bye Felicia.

Only a few good ones

Over played and overrated

No Nicknames Allowed - Not sure about T.O. but Drake is cool

So glad Jimmy is out of that wheelchair and making the rap music and the R & B.

onerepublic in the 6ix - It’s okkkkk

Not bad I heard better I really like nonstop

Scorpion is the top album & Drake is undoubtably the most popular and listened to artist in hip hop today. This speaks volumes towards the current state of hip hop and more so, where it's heading. Whether you like Drake or not, if you're a fan of hip hop, this should concern you. I'm not sayin', I'm just sayin'...

This ablum is great. The man is consistent with art, GOAT!!!

Let the Toronto Mans do his own ting eh!

I bought the album but it doesn’t show?

Armansan121 - Only a few good songs

Not much to listen to here

R3DLite - Just not good enough dude. Why should I give you more of my $$$?

Wholly unremarkable. Totally purchaseable by someone who isn't me thx.

This album is the musical equivalent of ambien. If it was released thirty years ago it would be Bill Cosby's favourite record.

if i mumbled in a microphone for an hour and a half could i be famous too?

This bland, overstuffed collection of fillers prompts the question: on what day did god create Drake, and couldn't he have rested on that day too?

Drake is an amazingly talented singer and this album is gold. Listen closely to the lyrics because they tell his story and it can motivate people.

I think that this is similar to his usual sound, not overly exciting but still catchy. What is with the hate? And WHAT IS GOING ON WITH THE ITUNES DESCRIPTION? It's either savagery or some weird next level art stuff.

ewiev - Kiki do u luv me

Every album from drake always has a clean version and this one doesn’t. Love in my feelings!!

In my feelings is the best song by far🙏

i dont see why people hate this, its so lit, yall saying drake is “trying to be kanye” idk what life you’ve been living bit drake is so much better like. Seriously.

Drake is a amazing artist

Some repetitive tracks but still good to jam to

Drake is completely overrated. Boring and can't sing or rap. 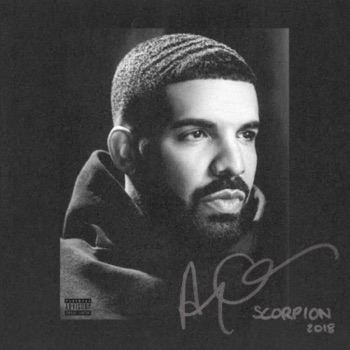