Sicko mode is the bomb bruh

Love this song and beat!!!

Ok so first of all @Fortnite###bro doesnt know what hes talkin about. BTS’s tour had almost 12 MILLION dollars less in income and ticket sales. Dont hate on Travis! #astrocitizen

Travis does it again. Sicko Mode and Wake up are awesome. Skeletons is the only bad song.

Fortnite###bro - BTS is Better than Travis 😂

I love when travis Scott sings

Thank u Travis for this lit track!! Sicko Mode is the most fire song 🔥

I honestly have nothing to say about this. It’s ok

It’s the best all of Travis Scott’s are

Why is “xan” not a bad word

This is great!! Coffee Bean, R.I.P. Screw, and Skeletons were the only bad songs on the album!! I love Travis Scott!!!

This song is so lit and it’s 🔥🔥🔥 I have one question whoever hates this why are you filled with hate. Travis worked hard on this song and everyone loves it. I just hope Travis gets more famous than now and he’s a good person.

This album will forever be on repeat! I went to his concert as well and will be attending more in the future! Has such a catchy flow and a sense of mystery. My favorite artist hands down! ITS LITT!🔥🔥🔥🔥🔥

I am very picky about my songs but I don’t really like the beats Travis put in this album. Some songs I end out jammin to on my couch though...

jaji is a good mom - Blocked and reported

👌 Made you look lol

Travis you are so good

the salty potato - This album insane 🔥🔥🔥

Album of the year for me. Travis Scott never disappoints and never fails to amaze me. Astroworld is a physchedelic and spacey experience for the ages. Every Travis album has something new. Very trippey and druggy experience. It is very theme park-like in the sense that it is like a rollercoaster, and there’s so much to see. Can’t wait for the next project from Travis!

juju and travis - Its lit ha ha get it

Yo it Lyss - FIRE

ALBUM OF THE FREAKING YEAR🔥👏🏼

By the Pikmi Pops if you’re not sus

Each song is fire 🔥

Honestly when does Travis not make bangers ❗️❗️🐐

Jimmy Butler is your father - ITS LIT

You can’t get better than this album

Blazin tracks from beginning to end!

… but maybe burn it .. so then officially it is um "lit". Unlistenable.

Kay_brar - Best one by travis

features drakes which is my favorite thing bout this song

@SeyiArmstrong: When you drop ship @bestperfdealsng @bestperfdealsgh everyday is an opportunity to make money. Wake up, post on your sto…

@KaiRossBest The floor was closer and you were knackered so you just decided to sleep there? It’s what I do then wa…

@ScraapyTube: I’m my own biggest fan because I want to be the best at everything I do. I wake up wanting to overcome the day more then I…

@WingsForX1: "So we don't forget when we wake up. Let's write our names on each other." (Kimi no Nawa) Your name is already engraved in…

@WingsForX1: "So we don't forget when we wake up. Let's write our names on each other." (Kimi no Nawa) Your name is already engraved in…

@alibrasomewhere: My bladder forcing me to wake up from a good dream.

@itsraimisyahmi: Having a deep conversation, talk about the future, share about the whole day, ranting about something, annoy your partn…

@NarcAware: @carolecadwalla @brexit_sham Sorry you have to endure his crap still. Been thinking about the Great Hack. & whether it woul…

@clairlemon I love how the advice is 1000 words but never includes the phrase 'wake up and stop being a dickhead'.…

@MeekMill: It’s not no telling what you gone wake up to nowadays

@desimojito: What is happening in Shaheen Bagh used to happen in Kashmir before Kashmiri Pandits Exodus. It’s an alarm, wake up. https:/…

@alibrasomewhere: My bladder forcing me to wake up from a good dream.

About WAKE UP [Travis Scott] MP3 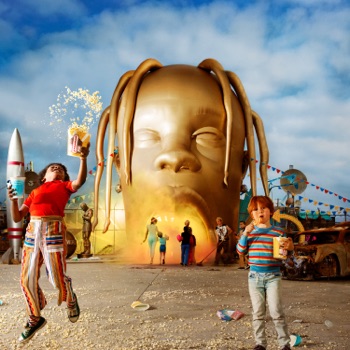