I Like Smoking Pot (A Lot) by Wheeler Walker Jr. MP3 Info

And yet David Allen Coke’s X-rated albums are nowhere to be found.

So much better that the modern so-called country crap they play on the radio. Keep it up man and thanks for the great music and laughs in the lyrics

a person who likes metal music - Umm guys... this is SATIRE

...Like Weird Al. You people are taking this too seriously. Of COURSE it is STUPID. Of course it is TACKY. It is a COMEDY album that Apple MISLABELED as COUNTRY. This is about as country as Weird Al is gangsta rap.

everything that’s currently wrong with our nation. Too many people who shouldn’t have a voice suddenly are given a microphone. iTunes, please take this trash off your site.

Puts a big smile on my face with its humor and the music is actually pretty decent!

This is not music it’s just trash!!

Not a good guy. Pretty pathetic if you ask me. Don’t threaten kids

He’s done it again. Musicianship is all time and the lyrics are honest

Great breath of fresh air for this watered down music genre.

Wheeler is the best thing to happen to Country music. the way he elaborates his love for his wife and child truly bring tears to my eyes.

Wheeler as always keeps things high and tight in this album. Me and the mommies can’t stop listening while eating our moose soup and sharpening our knives.

Sadly the country music establishment seems to be in total denial of WW jr. This album is excellent.

dmacthechemist - Vulgar and different enough to have a following

In these days country is evolving into “whatever you want to do” music. Out with the old And in with the new... but the new either is pop country or CRAP, country rap. Well at least wheeler isn’t either of those but still hard to get through the first few tracks without wanting to wish upon a star that I was deaf.

It’s obviously fire. Although I gotta say. I wish he’d put out a serious album. The music is great and his voice is great.

He makes great albums. This is one of them.people get turned off by the lyrics but the songs are really good and well done. Backing band is amazing.

This is so much better than Florida Georgia Line.

Trash, that's all I can say.

That Magificent SOB has done it again. Another album chock full of songs for the whole family. There’s nothing I enjoy more than singing along to his music with my wife and children in the minivan on the way to and from church. Wheeler sings “I sucked another d**k last night”....and it was mine! It’s like he wrote that one just for me. Wheeler, keep the hits ( and me) coming!

This is deep country like! None of that bro country twang Florida Georgia Line junk. Wheeler has come through time and time again with pure bangers! I can express how much this album wails!

It’s a type of album that you can start with track one and let it run.

olwheeler69 - ADDICTED to this album

Album is so good that I want to Wheelers baby, and I’m a dude!

Gino Munoz - A must for Americans

All I got to say this album is outstanding can’t stop listening to it. This is America at it finest. Thank you for the great album.

Anyone leaving a negative review here is absolutely clueless. Did you like his last 2 albums? If not, there was no reason for you to click on this one, and even less reason to leave a review. I don't like certain artists myself, comedy or not, do I go to their albums and leave negative reviews? No, I have better things to do with my time. Get a life people. Wheeler Walker has yet to disappoint.

just about a man, his wife and son

This is what country music should be!

Lack of talent who says bad words and makes dirty jokes to try to get attention. Smut. Crap.

How this is listed under country music.. this is just plain trash. Nothing funny nothing but some hack making songs full of crap listing it under country..

I am ok with most country music, but this does not qualify. This album is disgusting and wrong as well! Don’t buy this garbage!

And they say country music is dead. Thank God for Wheeler Walker Jr. Wow. He lays his heart and soul out on this one.

Country music may have lost its way with joke artists like Florida Georgia whine , Lady Anaboredom, Puke Bryan and Little Big Crap, but this isn’t it. I can’t imagine anyone who would enjoy this garbage. It’s clearly not funny, and is indicative of a sick sense of humor. But the sickness of some people continues to shock and surprise me. I’m not much of a country listener, but don’t waste your money here. Chris Stapleton hopefully is the future of country music. If you haven’t , buy everything you can from him. Don’t even compare this clown to the great Waylon Jennings or Willie Nelson or the incomparable Johnny Cash. He doesn’t deserve it. He should be ashamed.

Wheeler is back with songs with more depth. Great playing. Dirty fun.

Andypants78 - Not even a country fan lol

But this guy freaking rocks!!!

This is probably his best album yet, can’t wait for the next one!

Wheeler is the the man, I love what he’s doing with this album

This guy is real country music. Real country legend that needs to be in everyone’s ears. Front to back 4 times today. Legendary

@All_Things_Vain Actually found him just recently and was really impressed. I like smoking pot (a lot) is my fav.

Amen.. Here’s a song for you… I Like Smoking Pot (A Lot) by Wheeler Walker Jr.

About I Like Smoking Pot (A Lot) [Wheeler Walker Jr.] MP3 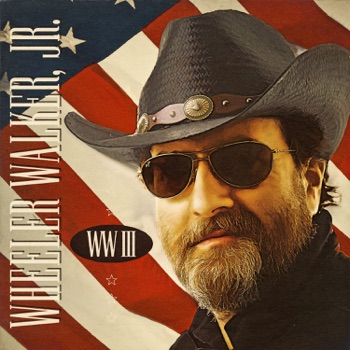