Money by Cardi B MP3 Info

the best was nice, however, her flow, her rapping was not it. sorry

Boring all her music sounds the same

Get a life. Your music was never good. Give it up Cardi.

This songs is actually perfect

julielovescardib - I love cardi b!!

I love cardi b and. my cousin to

ilistentomusic(obviously) - What has music come to?

This is absolute trash. How many of you fans are five years old? Probably 99%, right? Yeah. Thought so.

Garbage “music” from a garbage person.

It’s been almost a full year and this single still survived in the charts. Wow!

xeguzmanx - The Piano effect is cool

what is this abc stuff

This song is hella trash and it’s off flow sounds horrible to the human ear.

urmomsjsjsjsjs - She killed rap itself

We live in a world where people like this get top 10. Let that sink in. We get it, you like money now shut the fricc up and think of something with meaning.

At least it's better then press.

The white fengs - For haters

If you don’t like this song why did you listen to it? Maybe you have problems for hating or ear problems

A lot of Nicki fans are rating Cardi music to be bad. They have no life

She trying too much

Nothing new. Same flow. Yelling into a mic.

listening to this garbage for the 30 seconds iTunes played it... I’m officially dumber now.. horrible people think she has any talent

Cardi b should win the award for worst rapper

BardiGang5 - I was born to flex PERIOD

Love this Cardi & I love you! Don’t pay any of these haters any mind! Your flow, your style, your lyrics are ALL apart of you! You’re creating your own lane in this rap game and I salute you! PERIOD. Keep going hard & keep dropping tracks like this. The hate is expected when you’re dropping HITS! Makem upset a little more OKURRRRRRT

BHAD BHABIE is awesome - I LOVE IT

I love this song and cardi b is so amazing. I hope she continues to make bops

Waste of Money!! Cardi can do so much better than this!!

Who in the f!$,k would waste their money on this junk? Cardi B is wack as hell

Cardi b is amazing

i thought mother’s had boundaries...mmmk

Ineedabetternamee - Cardi B is gross

She's disgusting. She's not even a decent 'rapper.'

It's cardi b but she's even worse then usual great

Callie🎶🥰Ariana Grande - Good song but why?

Why does she feel the need to naked on the cover?

Cadi B hit after hit ❤️

Honestly there was so much hype for this song and it’s not great at all.

ChristyPumaxx - How do people listen to this

You people have no taste. You listen to whatever is popular

Why would people like this. Her music is trash.

Like nikis way better but the lyrics are kinda catchy

I’m sorry but this sound like a song Jake Paul would write...

Didn’t know she could get any worse...

She’s trash and her single is bad too

Codester36 - All I see is haters

These Nicki fans need to bounce!

Love it , she never disappoints !! bardi is here to stay ✨🏆

Sounds like every other song she’s done so far. I Like It was probably the only good one this year.

this song is complete TRASH

Who buys this chicks music honestly who.

After the immense success Cardi B achieved this year, her first followup single was a major disappointment. On her other hit tracks, writers and producers compensated for her lack of artistic ability by placing her on trendy beats with catchy hooks. This track truly showcases her poor skill as a rapper with the constant repetition of random words and spitting of meaningless lines. It proves that her primary role in the industry is as a hip-hop culture entertainer whose main focus is making fans laugh on Instagram and challenging other iconic rap artists who have been dominating the game for over 10 years.

Funny how her ghost writers stole bars from Nicki. Anyone else peep that?

Really? Another song to tell us about money and how much expensive stuff you have? How creative....

the emoji said it

It’s not up to par and she’s done better.

Musiclover1212xo - This song is horrible

I don’t really understand why Cardi is still relevant. Her music sounds like it was produced by a 5 year old and she is the most annoying celebrity I have ever seen. Don’t know how she got so famous.

This ain’t it lol.

Eti09 - I like Cardi I really do but look

This is trashy. We know she loves money, does she really to put a single out to tell us that. I refuse to purchase this. Your album was nice though!

How can you have ghost writers and the song still be trash?

chelseacraven - I need cheese for my egg

YO ITS TESSA BROOOKS - Nicki

Littttt! I suspect a load of garbz flooded this with one star reviews, if only they put all this effort into streaming their fave. God don’t like ugly!

Song is lit af, ignore all these broke Garbs

Waste of a beat..... FLOP But Payola will help this garbage, cardi definitely wrote this garbage! Her ghost writer is slacking too! Alexa play ‘good form, by Nicki Minaj’

If I could give 0 stars I would. A waste!

literally the same song over and over. no metaphors, no word play, nothing. Sounds like she’s reading from cue cards or something. The content is so empty. Sorry.

What were you thinking? What a talentless piece of trash!! Goodbye Cardi and good luck.

What is this rubbish! Get it off the charts

Loved the album but this song is boring I think it’s the beat.. Wishing you the best in your career

What happened To I like it and bodak yellow cardi ? This is nowhere near as good !

can you come up with something else?

This is actually awful, not even a good comeback for her second album.

§Hackerz§ - The chorus sure is a bit eh.

And so is her entire career's future. Honestly what do you guys see in this trash.

This song totally fits her! Absolutely shocking money grabbing antics! She doesn’t care about quality music or her fans. Just as long as she’s raking in the money. This song is another example of that....Please Cardi life isn’t all about sitting on piles of cash!

it’s a bop what else can I say

No growth from her tracks released a year ago, no cadence, no punchlines, metaphors or creative flow, is this the end of Carl B?

My gurllll gone baddd this is such a bop!

Such a bop she snapped!!!

This is trash. No meaning, same trap beats as usual. So boring and uninteresting.. next

She tried. So horrendous

JohnKamaraa - TRASH. CAN YOU COME UP WITH SOMETHING ELSE

Why does she keep giving the same sound she is so one dimensional and clearly not versatile.

RealDamo! - Cardi B is back

The chorus is a little bit eh, but the verses are fire!

Didjdjdjdjdd - My opinion listen up

This song took me a little while to grow on but trust me it’s a good song if you let her other unique styles be proven. I be jamming to this everyday almost

This one is cruisey and catchy. I have to dance if I hear it, even in the supermarket :)

wasted my money on this disappointment of a song, her bars are so weak. She literally sounds like the female migo

Hothotbeat - Ahahahahah what a waste of a beat

Such a waste of a good beat . My grandma could spit better than this

🔥🔥 this makes me want to rob a bank

I’ve never really liked Cardi B and always stuck with Nicki as I still do, but this song is alright.

Not one of her best

NICKIIKCIN - She can not solo

It's a boring sound and rap

murder2themind - Definetly not the queen of rap

Stop it. Get some help. #StreamQueenByNickiMinaj 🍷

bubblegumaloxado - sorry cardi but no

this just isn’t it

Hate it ratti b

What happened, she just showed us who the real Queen of rap is, @nickiminaj

No one to hundred ways of making money - consistency

@IjeomaOluo: White people: whatever outrage and sadness you are feeling - pouring it all out on social to your Black friends won't make…

@clairlemon i knew that my intelligene will increase over time, but i wanted payback. i saw the importance of antif…

@kayla_kattt: A black owned Business “BlaCk Coffee” had their window shattered last night during the protest in Cincinnati. Please donat…

@tkareemm: i’m already a millionaire i just don’t have all my money yet

@TaxJustice_SA: The #LockdownSA cigarette ban has robbed South Africans of over R2.3 billion in taxes. It's the duty of @GovernmentZA to…

@OtunbaIcon001: Smart ladies don't ask for money.. they just sit there and wait to see if you have common sense as a man.

@Kehlani: the “the victim wouldn’t have wanted this” are killing me let me find out yall talked to a the spirit of a deceased person w…

About Money [Cardi B] MP3 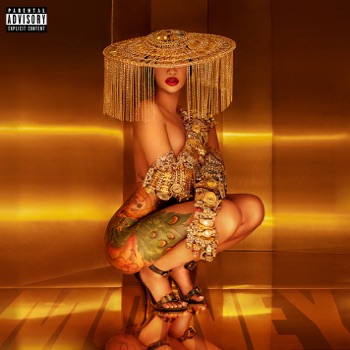