Artist: Morgan Wallen
Album: If I Know Me
Country: USA

First of all, people saying this new country music isn’t country is the same thing Merle, Cash, George Jones heard from the generation before them. All y’all saying this isn’t country probably listens to Garth Brooks. This argument can be found in every genre of music from metal to rap. Anyway, love this album. Love the metaphorical, double-meaning word play found in Whiskey Glasses. This kid’s going places. One more thing, don’t get caught up in the ridiculous argument on what is country music and what ain’t. Just shut your mouth and enjoy it.

“If I ever Get You Back” and is like a 90s country song, but after that they are not country at all. However, the songs are good and some clever lyrics on Whiskey Glasses

I love most of his music but I was a little disappointed that he would collaborate with FGL.

Loving him so much!! We need real ringtones so I can listen to my favorite man every time my phone rings!! ❤️❤️❤️

Haven’t been able to stop listening since I realized all my new favorite songs are Mr.Wallens 😍

New, fresh, talented, can’t wait to see where his career takes him!!

Love every song on the album, so awesome!!

I love your music man!

I LOVE your music, don’t listen to the negativity of others!

Yauhansmskkk78 - Love you and your music xo

From first to last the song selection on this album is great. No filler here, just sing alongs one after another!

Liked Morgan’s songs, then I saw him perform this summer on FGL’s tour and his energy was through the roof! I had a few singles but needed to get the full album! Keep it up brother!

MORGAN WALLEN, WHERE HAVE YOU BEEN ALL MY LIFE? 😂Full of awesome fun music!

His music is amazing! I love Morgan so much!

This song whisky glasses is awesome! Can’t wait to hear the entire album. Love the beat and lyrics.

One of my favorite country albums

hinter0900 - Great album up down and whiskey glasses are my fav

Not good at all

not the future of country it’s trash

This is not the future of country.

He brings such a fresh sound to country music. Very unique music and lyrics. Simply amazing.

fhehfgnfb - Go ahead I think 🤔

This album is so good! Great job Morgan! I love it 🎶

This album doesn’t disappoint no matter which song you choose! I hope MW doesn’t stray from this current path because this is a solid place to be

Smith 75 - Has a bit of everything

Excellent lyrics, Some solid country gold, some pop stuff tho to satisfy the teen girls and suburban moms too...

Repeat all Summer long! It just puts me in a great mood every time!

Tbounds - Has everything you want

I’m a huge real country music fan and I didn’t think I was going to like this album but after 2 months of listening to this album it is officially my favorite album ever produced. Love chasin you!

I’d buy this album 100 times over! His voice is real and it’s refreshing to hear some real, quality country amidst the pop-type that’s so common.

Ft footy - Up down is the best

I love the song

Not a fan of the snap tracks and beats, but man, every song here still gets a big thumbs up from me! Love to see this guy in concert!

First heard Whiskey Glasses and Up Down on the radio and decided to give this Morgan Wallen fella a deeper look and boy, that was a good decision. This album is an easy listen the whole way through. I guarantee multiple songs will get stuck in your head. For what it's worth, just saw him live in Bloomington, IN, and he was phenomenal. Just as good live as he is on album.

Saw him in concert and fell in love with every song. But the album ❤️

Every song is awesome. This young man has a bright future ahead of him!

This whole album is awesome!

Every song is great. Love the whole album.

Oh I adore a genuine real artist. The man has soul. SOUL is all over every track. Good job, Wallen. Top notch Album. Two thumbs way up, high AF. Now I’m going to support said artist and BUY THE ALBUM FROM THE ARTIST. Lol

This is my favorite song by you right now, and my favorite over all song right now. My dad recently took me to the Jake Owen concert and you sang there. I only knew your song Up Down the. I heard a bunch of your other songs you walked right past our seats and I just happened to get a picture with you one of the best moments of my life...

This album is so good... every.single.song! Love Morgan’s version of, You Make It Easy, too!

My favorite song is whisky glass

Every song is perfect. Everyone should listen to this all the way through.

snowbunny1982 - Every song is good

No filler songs on this album. They’re all solid.

Upbeat and country feel at the same time!

Club Porch will be serving whiskey cider out of Disney glasses until that fucking mouse shows up & kills us. It's $…

Singing karaoke to Whiskey Glasses after chugging a few, makes me feel as close to Tiger King as I will ever be ..…

@angefataIe — imagine—” ⠀⠀But then Hannes, who was now holding two glasses of whiskey, would come forward, holding…

@tlemco: what i like about quarantine is i can take a 3 hour nap, then drink two glasses of whiskey in the bath, then work out, and its…

what i like about quarantine is i can take a 3 hour nap, then drink two glasses of whiskey in the bath, then work out, and its all normal. 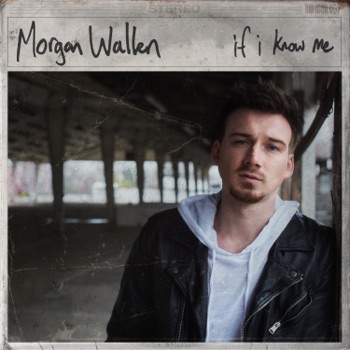