"Roar" is the first single off Katy Perry's third LP, Prism. Its official release date is Monday, August 12, 2013, although the final version of the song leaked on August 10 and was played on the same day by a number of radio stations across the US. It reached #1 on the US Billboard Hot 100 chart on September 5 and stayed at the top for a total of two weeks, becoming Perry's eighth #1 on the Hot 100. The music video for "Roar" was also released on September 5, 2013, which was directed by Grady Hall and Mark Kudsi. "Roar" also holds, as of 11/21/2010, the record for most spins on US Pop Radio, having a total of 17,176 spins on a single week across North-American radio stations. It topped music charts on nine countries, becoming one of Katy Perry's biggest hits. The song is a bouncy statement by Perry of moving forward into the next stage of her life after the tumultuous end of her marriage to Russell Brand. Talking to BBC Radio 1 DJ Scott Mills, she revealed: "It's a bit of a self-empowering type of song. I wrote it because I was sick of keeping all these feelings inside and not speaking up for myself, which caused a lot of resentment. Obviously I've been through a lot of therapy since my last record and that's what this is about." Four words that Sylvester Stallone came up with in the early '80s permeated pop culture through the decades, landing (in very derivative fashion) in this song. When Perry sings about having the "eye of the tiger," it's a mantra of courage and determination that Stallone's character, Rocky Balboa, used in the 1982 movie Rocky III to defeat Mr. T's character Clubber Lang. Stallone saw the youth appeal in the phrase, and asked the band Survivor to write a song around the title. The first two Rocky movies were aimed at adults, but this third one, with a fresh, contemporary theme song, gained a whole new audience primed by MTV. Perry's use of the phrase goes with the big-cat theme of her song, and falls under fair use; the "Eye Of The Tiger" songwriters did not get writer's credits on "Roar." This isn't the first time Perry has appropriated a distinctive hook line from a hit song - in 2010 she released "California Gurls." So what did Perry's boyfriend, John Mayer, think of the song? Mayer told Billboard magazine that he knew it would be a success. "In a way you get swallowed up by it, it's so big," said the singer-songwriter, adding: "Because it's such an incredibly big song that it doesn't need you to tell anybody, while you're eating lunch, [that] millions of people are going to be dancing on tables to that." The song was criticized by some for sounding similar to Sara Bareilles' hit tune "Brave." Bonnie McKee told Melony Torres on 102 JAMZ that any similarities were purely coincidental: "A friend told me and I had never actually heard the song," she said. "People also forget that we didn't write it yesterday. You know, the song was written months ago, before 'Brave' ever came out. There are only so many notes in an octave to work with, it's gonna happen… things are going to sound similar. But it was definitely just a coincidence." The song's music video sees Perry in a tropical forest, much like Sheena, Queen of the Jungle. The clip was shot over three days by Grady Hall and Mark Kudsi and filmed at the Los Angeles County Arboretum and Botanic Garden. It co-stars actor and model Brian Nagel as her boyfriend, who meets an unfortunate end. Perry got to work with exotic animals while filming, but there was one clear favorite. "Suzy the elephant cause she wouldn't stop eating everything!" she tweeted. Perry was criticized by officials at People for the Ethical Treatment of Animals (PETA), for featuring exotic animals in the video. Merrilee Burke, a spokeswoman for PETA, claimed to the Daily Star that by simply having the animals on set, the singer and crew were exposing them to unnecessary stress. "Animals used for entertainment endure horrific cruelty and suffer from extreme confinement and violent training methods," she said. "They often become stressed and anxious when hauled around and forced into unfamiliar or frightening situations." A lyric video was released depicting Perry texting the lyrics of the song to her friends, while also substituting some words for emoji icons. Producer Dillon Francis accused the Californian singer of copying on her clip. Writing on Twitter, Francis said that the singer's visual ripped off the ideas used in the promo for his track "Message," which also showed the lyrics being unveiled via text. However, Perry's clip also shows her doing mundane activities such as going to the bathroom and playing with her cat. Perry released a 30-second video teaser called "Burning Baby Blue" for Prism showing the singer lighting her famous blue wig on fire. The visual also revealed the August 12, 2013 release date for the song. This won both Favorite Song and Favorite Music Video at the 2014 People's Choice Awards. This is one of several one-word-titled songs co-penned by Bonnie McKee. (Others include Taio Cruz's "Dynamite", Kesha's "C'Mon" and her own single "Sleepwalker"). She told Billboard magazine that a single word is, "clean, simple and bold -- especially if you find a really splashy one." "I have a book of titles that I've compiled over the years, and I do find that one-word titles are special, probably because it means a simple hook and an even simpler concept," McKee continued. "I know that when I do stumble upon a one-worder that pops, I'm psyched. If one word can sum it up, then the bones of the song are sturdy." Download Katy Perry - Roar MP3 song file at 320kbps audio quality. Roar MP3 file uploaded on August 10th, 2013. 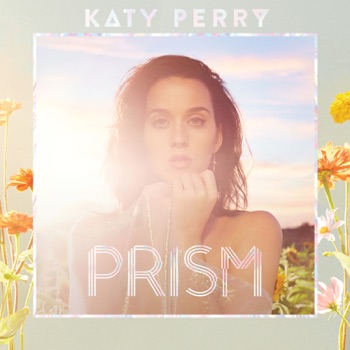