Yesterday by The Beatles MP3 Info

"Yesterday" is a pop song originally recorded by The Beatles for their 1965 album Help!. According to the Guinness Book of Records, "Yesterday" has the most cover versions of any song ever written. The song remains popular today with more than 3,000 recorded cover versions, the first hitting the United Kingdom top 10 three months after the release of Help!. Broadcast Music Incorporated (BMI) asserts that it was performed over seven million times in the 20th century alone. Despite never being a UK number one single, "Yesterday" was voted the best song of the 20th century in a 1999 BBC Radio 2 poll of music experts and listeners. "Yesterday" takes the form of a melancholic acoustic ballad about a break-up. It was the first official recording by The Beatles that relied upon a performance by a single member of the band -- Paul McCartney was accompanied solely by a string quartet. Producer George Martin once stated "Paul wanted this to be a rock song, but I told him it's impossible, I offered him a string quartet instead". The final recording differed so greatly from other works by The Beatles that the other three members of the band vetoed the release of the song as a single in the United Kingdom. Although credited to Lennon/McCartney, the song was written solely by McCartney. In 2002, McCartney asked Yoko Ono if she would consider reversing the songwriting credits on the song to read "McCartney/Lennon". Ono refused "Yesterday" has been recognised as the most recorded song in the history of popular music; its entry in the Guinness Book of Records suggests over 1600 different cover versions to date, by an eclectic mix of artists including The Mamas and the Papas and Barry McGuire, The Seekers, Joan Baez, Michael Bolton, Bob Dylan, Liberace, Frank Sinatra, Elvis Presley, Ray Charles, Marvin Gaye, Daffy Duck, Jan & Dean, Wet Wet Wet, Plácido Domingo, The Head Shop, Billy Dean, En Vogue, Muslim Magomayev and Boyz II Men. In 1976, David Essex did a cover version of the song for the ephemeral musical documentary All This and World War II. After Muzak switched in the 1990s to programs based on commercial recordings, Muzak's inventory grew to include about 500 "Yesterday" covers. At the 2006 Grammy Awards, McCartney performed the song live as a mash-up with Linkin Park and Jay-Z's Numb/Encore. It is Vladimir Putin's favourite Beatles song. "Yesterday" won the Ivor Novello Award for 'Outstanding Song of 1965', and came second for 'Most Performed Work of the Year', losing out to another McCartney composition, "Michelle". The song has received its fair share of acclaim in recent times as well, ranking 13th on Rolling Stone's 2004 list The 500 Greatest Songs of All Time.[28] In 1999, Broadcast Music Incorporated (BMI) placed "Yesterday" third on their list of songs of the 20th century most performed on American radio and television, with approximately seven million performances. "Yesterday" was surpassed only by The Association's "Never My Love" and the Righteous Brothers' "You've Lost That Loving Feeling". "Yesterday," however, has also been criticised for being mundane and mawkish; Bob Dylan had a marked dislike for the song, stating that "If you go into the Library of Congress, you can find a lot better than that. There are millions of songs like 'Michelle' and 'Yesterday' written in Tin Pan Alley". Ironically, Dylan ultimately recorded his own version of "Yesterday" four years later, but it was never released. Shortly before his death in 1980, Lennon explained that he thought the lyrics didn't "resolve into any sense... They're good—but if you read the whole song, it doesn't say anything; you don't know what happened. She left and he wishes it were yesterday—that much you get—but it doesn't really resolve. ... Beautiful—and I never wished I'd written it." "Yesterday" was voted Best Song of the 20th Century in a 1999 BBC Radio poll Download The Beatles - Yesterday MP3 song file at 320kbps audio quality. Yesterday MP3 file uploaded on September 13th, 1965.

It doesn't have Two Of Us, A Day In The Life, or With A Little Help From My Friends.

All of their hits in one place, and remastered. Love the Beatles

I love these classic songs

Love all these classic songs!

Please release the music videos from the Beatles 1. It was on iTunes and now it’s gone.

I love every song on this album

If I had to pick one music disc (studio, compilation, remix or live albums included)..... this would be it!

Geoff newman - There was and there never will be anyone like them!

My title says it all!

@JChameleone: My brother Clever J, you did an evident contribution and joyed many souls most especially with your hit “Manzi Wa Nani” wh…

@VinnieRpd: Saw this on my walk yesterday. Made me smile 🙂 #StayAtHomeAndStaySafe

@ProdigyDDK: well we lost $10,000 yesterday buuuuuuuuuut Havnt done a giveaway in awhile so! ✅Free money ✅Retweet Will be giving away…

@nctdaoying: Taeyong: When I talk to Doyoungie about Baekhyun hyung, he gets jealous and goes, “oh, I see, that’s great~” Yesterday too…

@JennEngineer_: Due to Corona, we officially have three days of the week 1. Yesterday 2. Today 3. Tomorrow

@DeanObeidallah: Yesterday was one month anniversary of Trump saying the US only had 15 known coronavirus cases and then bragged that "t…

I admit I had to go out yesterday and I felt shameful knowing I was with a group of people, we got many stares and…

@domenicadelia22: Yesterday, a CV survivor Jim Santulli, blasted Gov. Whitmer after he was saved from the virus by hydrorychloroquine tr…

@JennEngineer_: Due to Corona, we officially have three days of the week 1. Yesterday 2. Today 3. Tomorrow

@JoDunlap12: Spoke with family in KY yesterday, Repubs, very positive about how @AndyBeshearKY is handling the current crisis & very cri…

About Yesterday [The Beatles] MP3

You can find here mp3 music file from artist The Beatles, album 1 (2015 Version), song Yesterday, released date 13 September 1965. Listening and fast downloading online to Yesterday - The Beatles mp3 preview is free and does not require registration. 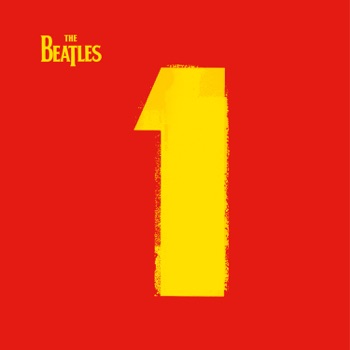