Best he has ever put out

Greer15 - This is a good album

This is my 3rd fav album, right behind Beerbongs and Bentleys and Death Race for Love so for me that’s saying a lot

This is surprisingly my favorite album

xdeezx2 - This album is perfect

all the songs are great from 2-10, 12-13. Perfect features for the album. Perfect beats for those features. None of those songs sound bad in anyway. Metro is on 🔥🔥🔥🔥

I like a good mix. Not anymore. I like metro boomin more. Forget the mix crap. -Mr. Peanut Reviews

Don’t let these reviews fool you. In terms of music released in 2018 this albums on the top! Travis and 21 brought heat🔥 not bad not bad at all

Yo how much more of this mediocre are we gonna be subjected too...goodness lol

metro u the best!

In my opinion the album was fire! But I want a clean version for the other kids out there who listens to this music. And no cap that’s petty to have a clean version on pandora but don’t got one on spotify or Apple Music come on now think if you are going to make a clean version make it for every platform

Garbage, I mean there is so much I could open up a waste management company.

Not worth your time.

In my opinion, Metro Boomin improved a lot after his temporary hiatus. His beats are much different from his previous work in a good way while creating that same dark murky vibe. In addition, the features in this album were at their best. Swae Lee sang beautiful melodies in his two features, 21 Savage’s flow is exceptional and he surprisingly does not do bad lyrically compared to his previous stuff. Kodak Black does way better on his feature than Zeze, and Travis Scott brings back Rodeo throwbacks for the better. Overall, all of these tracks work relatively well as an album. I feel like Metro Boomin, while staying on his dark side, seems to lighten up a little with his beats. His production no longer seems as generic as his previous work in this album and is much more diverse, from a Latino sound in the Offset song to a relaxing sound in the Swae Lee song to nothing in one of the 21 Savage songs (I forgot the titles lol). The transitions between the tracks are also very solid and make the album seem like a whole work rather than 13 singles mashed together. The only thing I don’t like about this album are how some of the samples are only used in the intro of some tracks and then gets interrupted by the main beat, which in my opinion, is a little worse than the sampled beat. Not a great album, but a solid album nonetheless. Favorite Songs: No More, No Complaints, Don’t Come Out of the House, Only 1 (Interlude) Least Favorite Song: Save the World / 10 AM

It’s so creative and a great return to the game.

The quality in the beats was real nice and I loved the selection of artists he used. Masterpiece 🎨!

Highbornn - Straight gas was not expecting this

10 freaky girls best song of the year on god

cjrowlette - we missed you metro 🖤

back and better than ever 🔥🔥

Seriously!? Who likes this!? Eminem put out the dopest and most meaningful rap album of the year w/ Kamikaze.

Many tavis Scott fans will be pleased that he is make incoherent noises that relies on auto tune to sound good in like three of this albums songs. I have went through the major snippets of every song and each song is 💩 for your ears. Usually metro boomin has great features and great beats but this album was terrible. And over hyped. As seen by the amount of 5 star reviews it has gotten. But all in all terrible project no thank you.

If you a Keef fan it’s for you if you don’t like Keef give a listen anyway maybe you’ll like maybe you’ll hate it.

The features and the tracks are amazing 🙏🏼

Great album for Metro as a debut Album

I thought metro boomin fell off until this album came out.

This is lit AF! Every songs a banger.

Some real good bangers but some not so good either!!

So many songs with replay ability

Every song in this album is great, Swae Lee for sure

littysid - This whole album is fire

This should be called 21 and Travis Scott and metro..:

Honestly love this album, totally worth it

A lot of dope songs....Metro is one of the best

Sounds like all the other new crappy so called “rap”

What a great album from currently one of the best music producers. I have to say I'm really impressed. You will definitely get your moneys worth. Nice job Metro! 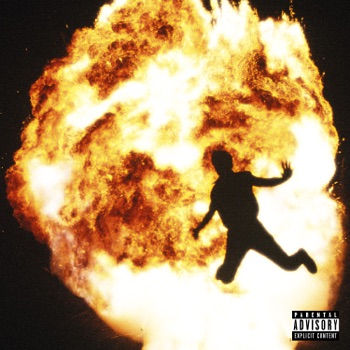