I love his songs. You had rlly good beats to them and some of his songs I can relate to❤️

I love these songs I always come back to this album

Love this album, only song I skip is the nav feature

One day just looked up A Boogie and didn’t even realize his new album came out, found Swervin and now I’m hooked on the whole album even got my friends listening to it 💋

I see you a boogie 😏

BROOKCOUNTRY55 - Omg this is good album

Best hip pop / rap album in a while for at least

This is an amazing album fye🔥

a boogie is so amazing❤️🥵

Elijah1307 - Great should blow up even more

Look back at it

Really enjoyed it, loved his last album too 😁❤️

A Boogie is a beast! Keep it up

It’s so fire my eyebrows burned off

What’s worse than trash... this album.

I love ur song many

Apple, please stop trying to force feed this trash album to us as “New Music.” His voice is annoying, hes embarrassing my city. Its cancerous. One of the least albums ever sold for a reason. Stop telling this man his music is good, the truth is constructive sometimes.

The cover great, music not so much

yo this album fire asffff

reviewjix - look back at it

That song is 🔥 so is the rest of the album

Boogie smacked this, happy to see him on top

I love all of his music, this album is so good! Love you boogie

Can’t stop listening to this album🔥

Anyone giving this 5 stars should get their ears checked, only better than lil pump

It's amazing love it bro keep up the good work

Look back at it is fye. Happy birthday bro have a good one 🔥💯

I’m always listening to these on whatever i can. I recommend Hoodie SZN to everyone.

Not one bad tune on here🔥🔥

Crazyyyyyyyyyy he went so hard

Just Like Me (feat. Young Thug) by A Boogie wit da Hoodie

About Just Like Me (feat. Young Thug) [A Boogie wit da Hoodie] MP3 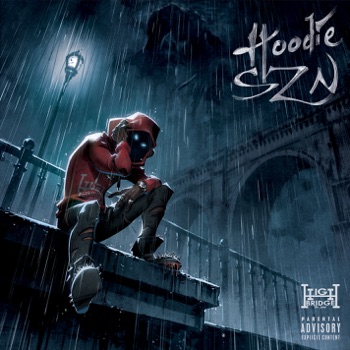