I by Lil Skies MP3 Info

Lil Skies aka Kimetrius Foose is from my state, PA, and it’s crazy to think how close he was to my tiny city. This album is played almost daily. I feel his music on so many levels. Great beats and lyricism. Not to mention, he’s SO handsome. I’m a sucker for tattoos and his eyes too. When he looks up at the camera, I melt. I’m so excited to see and hear more music come from him!

Lil skies just the goat of this Generation

DinosaurAlpha - Lil Skies is the realest

At first, I only liked "Blue Strips" & "No Rainy Days" but eventually I became a fan of all of them, including his other songs. Skies is now my favorite artist as of now.

First off, I gave him 4 stars only because he still has more potential and I know this won’t be his best work. A couple songs have the same story but overall, great beats and good lyrics! Breathe and Stop the Madness are really good pieces though, personally.

Been a fan since 2017, and he never disappoints. Crazy to think some people think he’s terrible. 3rd best “lil” rapper behind uzi and Wayne.

Only rapper with “lil” with talent

I haven’t been a fan of recent rap artists but Lil Skies is amazing. Stop the madness 🤙🏼🤙🏼

I had never heard of Lil Skies and I kinda just assumed he was trash. Then I heard i and started looking at Shelby cuz it was fire. THE WHOLE ALBUM IS 🔥. Keep it up.

Lyrics are like 10/10 the beats are fire nice features like gunna, Gucci, and Landon. Love this album totally 10/10

This man never disappoints me :v

D_oggo - Best Album I have ever heard

This is hands down a masterpiece✨

Definitely worth the wait for this

Best album ever from him 🦋🖤🦋

One of the greatest albums ever. Keep it up Skies this is amazing your a G.O.A.T

straight fire my fav song is highs and lows fs‼️‼️

Best or second best to Quadecas album. Full of powerful songs like highs and lows, and ok 4 now. i is a little overrated but still a great song. I would give the album as a whole a 9.3/10!

Great album, every song on it is good. Keep putting out stuff like this!

lil skies never disappoints, stop sleeping on this, he is the best rapper in the game right now and he is going places, but stop the sleeping. this man is a legend and will always be even after the day he dies.

No different from any other. Auto tuned and trap tracks

Lil skies put a lot of work in this album and it’s great. This album needs more attention than other trash albums.

buzz lightyea - Shelby Is a Improvement

didnt know it was explicit - awful

Every song flows 🔥 i is a straight banger

Steezy Gaming - skies is the goat!—🦋

Hitler is more likely to get accepted into art school than this man being a good rapper. Less Gucci mane ft would have definitely made it better.

This is an amazing album. Each song is super catchy and the audio is awesome. 2019 is gonna be a great year for this guy

It’s stuck in my head

x0tourllif3 - No one will stop Lil Skies this year

really blown away with skies on this one, amzing songs on the album

Honestly, I love lil skies but I felt this album was missing something.. and I hate saying it. ITS AN AWESOME ALBUM. It’s just “Life of a Dark Rose” what such a phenomenal album it’s hard to top..

EmBack - better than the rest

better than 90% of these clowns out here, pleasantly surprised

The best album I’ve herd yet 👍

BEST ALBUM OF THE YEAR

Long live myself - Not a bad song

There isn’t a bad song on this album, worth the wait now watch him blow up

This guy is like a dragon spittin straight fire🔥 My insta is @olihart._

Absolutely love this album, every song has such a vibe. Breathe is my favourite!—🦋

Been waiting forever, and the wait was so worth it !-🦋

new sound, deserves a no1 spot

Leonnr8 add me up - Album

Nice and simple, the albums fire🔥🦋

Really good album trust me, connects with me a lot and other ppl

Skies is the goat and this album is perfect

@helpmeimskek: I have a friend from china.Asked her about the rumors that's been going on in our country about coronavirus. I'm shocke…

i’m pretty trusting for someone who has been back stabbed so many times tbh. i’m naive a lot of the time and it hurts me. damn.

@tailerrene I don’t have an attitude with you ☺️

@daniellrhmi_: I explained my hurt and still got hurt.. so I learned to stop talking.

@BenafshaSoona: Today is the day I connect myself with my bigg boss roots. But guess what, I need JANTA for this one. Let’s start with a…

@MileyCyrus: & we wonder why I’m not invited to award shows anymore ....

@S1mba__: Kobe Dead, World War 3 prolly otw, A virus that nobody know anything about spreading fast asf, I really think this it, we migh…

MY STOMACH HUS SO BAD I WANT TO DIE

@_TaraHolley When I was a young father, I told my kids what or how, hey should be or do......lots of noisy stuff.…

@andydosty the guy is good ooo. But I want u to ask him why most Nigerians are always selfish and sometimes treat t…

You can find here mp3 music file from artist Lil Skies, album Shelby, song I, released date 07 February 2019. Listening and fast downloading online to I - Lil Skies mp3 preview is free and does not require registration. 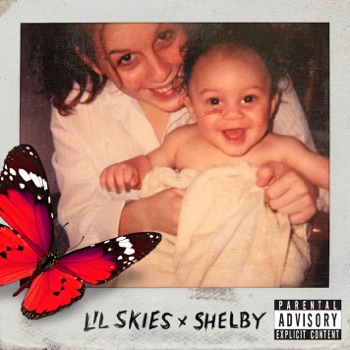