Khalid is the first artist who made me realize I need to listen to more music with great singers like him. He mellows me out and for that I’m grateful 🙏🏻☺️

AMAZING! THIS MUSIC IS TRUE ART! i swear that this khalid album will go down in history as my favorite album ever. it tells and incredible story about his journey into adulthood. his breathtaking vocals in each song leave you thinking, “WOW.” there are upbeat, happy boos like Right Back and Better. there are also sad, beautiful ballads like Alive and Heaven. this album is true art. my personal favorite is Self, an emotional yet upbeat song that deserves more recognition. so, how much do i love this album you ask? i made a journal about it, i have merch, a poster, a bunch of stuff!! so i swear, you will not be disappointed if you listen to this music. also, i notice that most of his popular songs are more pop than r&b, but most of his songs are a mix of both. i promise that the next album by khalid will leave me unconscious. so khalid, if your reading this, i’m your biggest fan.

Every one of Khalid’s songs are awesome. I love every single one of them.

Good vibes, can’t believe this album got so many 1 star reviews. Good one to just chill alone or with the partner.

wolfloverxx - Love ALL the songs!

I wanted to buy only a couple songs but I decided to buy the entire album because it was less expensive than buying most of the songs and I love ALL the songs on the album! I cannot stop listening! Totally recommend this purchase

Ok I love the song hundred by Khalid. I thought the f word so I went back to replay it and looked at the lyrics online. And I does have a f word in the song. I was a bit upset about it not having a explicit sign next to the song. If Apple Music can do that that would be awesome. And why not make a clean version of the album. Because I tend to not like to listen to explicit music especially around children. But over all it’s an amazing album.

This whole album is nothing but good VIBES!!🤙🏽

Talk is good but dat the only one I like

This album is great🔥🔥🔥🔥, I love the way that he introduced us with American teen but now he killed it with this one

I love him (A1/D1) Great voice, and he knows how to use it. Song Better I just can’t get enough of. Can’t wait to attend a concert one day ♥️

I don’t usually like new r&b, rap, or any kind of that newer stuff. Im more of an older rock kind of guy. But gotta say, my friend introduced me to some of his stuff, and I’m kind of impressed. I really like Talk.

I’ll start with this. The album is beautifully done and each song is unique to the project. Some of the standout tracks include “Bad Luck”, “My Bad”, & the beautifully honest track “Self”. I will say in a way, I still love the first album first because of how the album came out of nowhere and gave us the first taste of his unique voice that we would ever get. Still, wonderfully done Khalid. Can’t wait for more & cant wait to see you on Tour!!

His album is sick yo

I LOVE outta my head and talk the most tho

Thought “ talk “ was a chain smokers song. Everybody tryna sing with that same lazy, half spoken word tone 🤦🏽‍♂️🤣

The song makes me hum.

khalid truly doesn’t disappoint !! he is one of my favorite artists, is so unique! before he came out with this album, he could have disappointed me because his album, “american teen” was so great !! i’m fortunately going to his concert in less than a week and cannot wait to see him there !! I LOVE KHALID

I love these song very catchy and Khalid can sing

fell in love with this song🤧💕

his music is all same and he mumbles too much

Should of marked explicit for several songs, so wasn't expecting that since it wasn't marked correctly. Only liked a handful of songs even though he has a great voice.

hiba😘 - CAN WE JUST TALK KNJ

knj cAn wE JuSt TaLk

one of the best albums i’ve ever heard. i’m not kidding. it’s absolutely amazing. buy it and you won’t be sorry

Awesome. Lit. Insanely Fantastic. What other words are there to describe him?

yo dudedudedude - I LOVE talk

Me and my dad love this song

HayleyVegan - He can never write a bad song

Can’t wait to go to his concert ! Amazing lyrics

Love the album pic it’s perfect my favorite is talk

i know this is kinda late but i just gotta day that talk is one of my favorite songs (still). finally got to the write-a-review stage in itunes!🥳🥳🥳

My favorite song was Talk and Better!

This album fails to experiment new sounds and vocals, and its basically the same song the entire album. However, the album still manages to keep me entertained throughout

I love Khalid and normally I think he’s talented and smooth, and has such a beautiful voice that helps create a peaceful mindset without becoming droll and monotonous. However this album was just that. I tried very hard to listen to this album but about 30 seconds into every song my mind just started to wander because of how boring each song was. His voice usually carries, but in each song it sounded like a pretty background chorus. I normally don’t write reviews, but I have a lot of respect for his music and hope that he or his team receives this as constructive criticism for whatever he makes in the future. I’m still a fan, but I had much higher expectations.

I love this chilled out album, especially the song Bluffin’.

This album makes me so happy and it’s a good vibe album. i have been listening to it non stop, i just live it soooooo much

I absolutely love this album it’s so chill and relaxing and there’s so much meaning to how he wrote it. These people be saying it’s bad, ummm no. It’s one of his best albums so far

Can’t understand a word of this generic radio fodder.

Wat happened u used to be GOOOOOD BUT NOW NOOOO

absolutely love this album, so chill and relaxing can’t wait for your concert!

please stop making music. it’s so generic and you’re such an industry plant it’s hilarious you’ll be back to a COMPLETE nobody soon

just wanna just sit outside with someone and talk all night

@debo_j334: I naturally talk aggressive.. either talk that shit back or get yo soft ass on 😂

@LeslieMac: If churches are essential businesses - that means they admit they are businesses and should be taxed accordingly. Thank you…

@andieverytime: ARE Y’ALL BLOCKED BY THIS PERSON TOO???????

Someone talk me out of getting another dog

@andieverytime: ARE Y’ALL BLOCKED BY THIS PERSON TOO???????

@LeslieMac: If churches are essential businesses - that means they admit they are businesses and should be taxed accordingly. Thank you…

@emmachamberlain: the only things i know how to talk about rn 1. tik tok 2. tik tok drama 3. the weather

I miss her little southern talk and her lil pjs

Real talk, ain’t no way you care about me and you putting me in that situation. You’ll get cut off as soon as that…

hi a lil reminder that if y'all are sad or having a bad days im always here, you can talk to me. love your existenc… 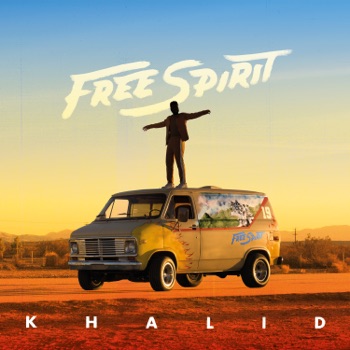