Xanax Damage is deep, and St Lucia’s pretty good, Govt Official is aight, so the album is decent

Komodogsr - Future shows another side of his music

At first I had mixed feelings about purchasing the album but after hearing the songs a few times it actually is an great album. 😎

This album is EVERYTHING! People have no idea what they are talking about. Future did his thing on this one and it’s on repeat constantly. Big ups!

Want the old future back this is HORRIBLE

Garbage. That’s really all that could be said.

I miss the quality of records like DS2 and Evol. If this what he is gonna put out on his own now. then he should just stick with collab albums.

Russel Wilson is laughing at you right now lmaooo

🔥🔥🔥this album is fire

AnAllStar - Exactly what I expected

Let me start by saying this, this is not soulful or deep. It’s Future, the guy who sounds like he just woke up in his own vomit. Now, I would criticize the lyrics, if I could understand a word he was saying. All I hear is a drunk guy who thought it would be a good idea to try singing karaoke. So all in all, this was exactly what I expected from a Future record, drunken mumbling and nothing interesting.

Queen_Etirah - Future’s new album (Save Me )

Not really feeling this side of future he probably should have channeled this side of him thru something else cause the 98% of the album sounds like he very depressed and super high off lean!

Xanax damage only good song and I love future

Just releases the same song over and over again

Futures non singing and mumble rapping combined with allllll that auto tune should be exiled. Save your money - this is a nasty excuse for music PSA: We, the black people, of sound mind, do not approve

Why are y’all surprised?? Future has never had an ounce of skill whatsoever 🗑🗑🗑🗑🗑🗑

Don’t waste your time on this album

AnhMinhNguyenNgoc - The lyrics are dirty

All of y’all are giving 1 star ratings without even listening to the album or paying attention to what he is saying. This might possibly be Future’s best project, and that’s a bold statement about the man that dropped DS2 and Monster in 2015. On Save Me, he shows the emotional side of himself that we usually don’t get to see, and it’s beautiful. Every song is either good or great. The highlights might not be as high as before, but overall in terms of consistency, this is the best group of songs he’s dropped in a very long time.

If you have to still use auto-tune as a main component in your music you are trash. Weak minded music for remedial people. Don't buy this.

This isn’t 2008 this stuff sounds so boring and normal.

Ok guys can we all chill out with the “TRASH” if you haven’t evened listen to it. The problem is everyone is listening to this album like it’s rap, but it’s not. It’s a very soulful album that Future made for himself, and you have to listen to the songs with that in mind. The way Future uses auto tune to convey his emotions is very complex. Listening to “Love Thy Enemies” almost made me cry the first time I listened to it, and tracks like “Shotgun” and “Extra” are really colorful too. I hope Future continues on this soulful path because the way he uses his auto tune to scream out his emotions is really great.

24HRS HELPED HIM WRITE THIS

This is what the new generation listens to these days.. smh

Why did you change your music style? This is trash

This is the most musically intelligent, emotional, and down to earth record I’ve ever heard from Future. Proud to be alive in the time that this came out. Never stop doing this kind of stuff Future don’t let people with minimal knowledge towards the craft sway anything you do. You’re an amazing artist ma dude keep doing what you do.

How the heck is this dude famous? Sounds like pure crap. My car struggling to go up a steep hill sounds better than this choad.

A bit repetitive intro was great!

Nope! If you want to call yourself a rapper, then rap 🛑 using auto tune. Rappers don’t sing. Complete 🗑! Take some time off. Go find your creative genius. STOP SINGING you don’t have the voice for it!

Does he know how to spit without 50 vocal effects? This is awful

There was only 1 good song out of the 7. And you probably know what it is. Smh the rest had that double echo effect going on. Sounded like reverb-trash

Future played out now. All this extra auto tune. He not gonna last long in the industry

About as original as autotune itself.

Crappy lyrics, auto tune and generic beats. The trifecta of garbage. Why is this guy famous again?

You had your run. It’s over.

About to listen to Xanax Damage for two hours straight

@Tterdoo2 @myunclepat @HipHopNumbers I just wish it were longer... XanaX Damage was so powerful, i wanted like 7 songs of that

@mralexcusemy: Future hella creative for the melody on the hook of Xanax Damage

Xanax done damage make it nice so I can handle it 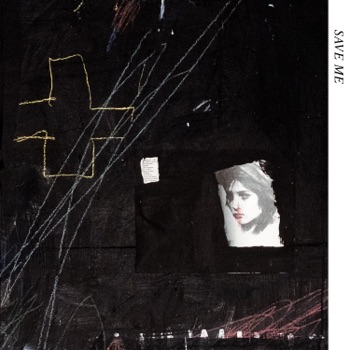