Droceankiddd - Surprised by this one

I’m an old school fan who loves the Kid A/Amnesiac sessions. Thom really lets loose with his vocals on this one, it’s catchy, boundary pushing, the first four tracks play out a lot like Kid A. After having spent all this time listening to it, I for me it’s his best work since In Rainbows. The album ends a bit suddenly, but if you tack Daily Battles on the end, it’s perfect front to back. For fans of his solo stuff, and Kid A, this one’s for you.

what sold me was actually seeing Thom perform a few of these songs and others from different albums in concert. the music, the vocals, the visuals, the collaboration of the three transcended me to an appreciation, listening to this alone doesn't give it justice. i'd recommend catching him in concert if able.

Beautifully arranged, wonderful songs line up to dazzle the listener. It has a way of enveloping me like no other Thom Solo Album quite has.

When this first released I wasn’t sure about picking it up, based on the previews. They really don’t do it justice. What finally convinced me to get it was the short film on Netflix. Listening to this album is really overwhelming. With some headphones on it made me breathless—it’s very uncommon music makes me feel like I’m suffocating. And that’s not an insult. It just weighs heavy

Thom Yorke is an an amazing artist and this just might be his best work yet. I absolutely love it. I have listened to it over and over again and it hasn’t lost its hold over me at all. “Twist” and “The Axe” are my personal favs! Amazing!

This is the best Thom can do? Thom, your beyond talented, please end the silly music and start putting out actual music. This is not music its a kid in a garage making noise. HARD PASS

These days Yorke by himself or in collaborations like Atoms for Peace is better than Radiohead. This album redeems that burn the witch half attempt. Amazing music.

Sigur Rós is much bettter at creating atmospeheric , otherworldy music. This is gratuitous, silly electronic noise that most creative people, given studio time, could have done much better than Thom Yorke. Banal, weak, boring tripe.

Ancient Jetties - Must be the histamines...

...cuz I gots tears in mah eyes. A beloved mad scientist is back with variable velocities and thousand-layer vibes. It moves beautifully, sequentially as a complete album. Aside from the usual genius accolades (Grammy material / nuff said), do I hear TY spontaneously and deliberately nodding to Boards of Canada, Aphex Twin and others in this album? Just for starters, then promptly carrying the torch forward. Quite myrthful at that, and devoted himself to compressing all lessons of Radiohead + solo albums into light-absorbing, futuristic fairy dust. I am atomized by the sound.

Ahead of it’s time, again.

Seeing through someone elses eyelids for a period of time can be extremely insightful. 5 stars for a true masterpiece. Another Radiohead album in the near future I pray. Great Job, Thom.

Wrath of the Overlords - Soaring grooves

Anybody who’s been following Tom on his recent shows has heard early incarnations if these songs and knows that this album was going to be something special. It does not disappoint. He puts the boops, beeps, beats and notes in the right place for maximum aural escape velocity.

I like the minimal electronic sound of this, it's very relaxing, therapeautic music.

Jenny Shine - League of his own

Uncompromising. By the second listen, I got it!! WOW!

The Eraser was infinitely better than this repetitive nonsense. Better luck next time Thom.

His best solo album. Dawn Chorus may be his best work ever. Radiohead included. Love twist and impossible knots as well.

Really great new effort from Thom Yorke. Must listen for any fan Radiohead, or Thom’s other more experimental work!

obamathecommie - The more I listen..

The more I listen to this album, the more I love it. My wife and I drove from Detroit to Montreal and listened to it over and over. Nonstop. I can’t really understand any negative reviews on this. The songs are nowhere near pedestrian. Each song is masterfully crafted with meticulous detail. The lyrics are meaningful and create a wonderful listening experience. “Twist” is my personal favorite. But then again, every song on this album is my favorite.. It appears that Yorke is becoming increasingly creative with each passing album. I loved “Suspiria,” but I think I like this one even better.

Thom is dialed yet again with his vulnerability and the sounds of subtle emotions eloquent to your soul to rejoice.

LapsedFlowers - Beautiful, introspective, lush electronic album by one of The Greats

Thom Yorke has blown me away with this album. From the clever pre-release buzz, usually reserved for Radiohead, and then add the “ANIMA” short directed by Paul Thomas Anderson on Netflix, I am completely in awe and in love.

... and this album is one of those that i will have on a nearly endless loop for the next month. All other music step aside...

This album takes you to another dimension. Definitely Thom Yorkes best album.

Ono had more inspired music than this boring nonsense.

I have always loved the output from Thom York but this is something beyond anything I could imagine. I have never walked away from a listening of something with such anxiety and angst. If there is an afterlife this is the soundtrack that will play behind you.. very complicated and personal. Great moments but darkness is all over it...

This dude literally mumbles some nonsense and because he’s responsible for the incredible music that Radiohead used to make, its considered genius when he does so over pedestrian synth squiggles and lazy percussion. Congrats Thom, you’ve managed to fool most everyone. I’ve grown to understand that the word ‘sparse’ and ‘minimal’ really mean ‘dull’ and ‘boring’. I gave it two stars because he still has a fantastic voice. Even if he’s burying it in effects and loops. I saw Radiohead this past year during their brief US tour and it was fantastic! But this I just can’t get behind.

What an awesome album! Has such a great atmosphere and really shows his worry of being in the computer age, and what it means for the world. A lot of great songs here, like The Axe, Not the News, Dawn Chorus, Traffic, Impossible Knots... AHHH they’re all great! I’d highly recommend for any Radiohead and Thom Yorke fan, as well as anyone who likes atmospheric electronic music.

I LOVED Tomorrow’s Modern Boxes and this album is even better! Amazing! Absolutely beautiful music. Thank you Thom!

Thom has once again provided the listener with enough substantive, as well as thought-provoking, material to project onto and has done so with elegance culminating in the nuanced sound that is ANIMA

Lots of interesting sounds on this. Very Amnesiac-like vibes.

Honestly I can't review how I personally feel about it because, because its personal. So you will have to find out for yourself and hear what it means to you.

The Exile 88 - Without Form

Yorke's latest album crosses the line of self-indulgence as he and Nigel Godrich present a random collection of electronic noodling with hopeless lyrical ramblings about climate change on top, all somewhat without distinct form and only faintly appealing due to the glimpses of Yorke's genius buried underneath the electronic sea.

In a word - dreadful. Don't waste your time!

Yet another amazing album by Thom Yorke. I find that there are several stand out songs in my opinion (e.g. Twist, which has an amazing instrumental rhythm section in the 2:12 mark, and The Axe, the song that had me hyped for this album in the first place).

Another superb work of art from Thom Yorke.

@wildforestfolk: Like the planet’s visual gems, people are beginning to understand that sounds also matter, that the experience of natur…

Declaration of Animal Rights. SINCE THE DAWN OF HUMANITY, there remains a group so persistently abused and margina…

Woke up in time for the dawn chorus.

@thebristolmag: 🎶 A musical dawn chorus is planned take place in Bristol this month, delivered from the sky directly to our homes via a…

@kaiteoreilly: Peader Kirk realised there was no dawn chorus where he lived in central London, so he made a chorus for his community sun…

@xraytext: Why wake to an ugly alarm when you could be rising to birdsongs? #App: “Dawn Chorus” by @CarnegieMNH via @audubonsociety htt… 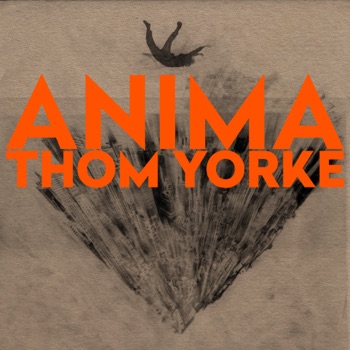