You are cheapening your self-worth by objectifying yourself. You are better than this.

I Love Normani Kordei😘 She’s Been My Favorite Ever Since I First Heard A Song By Her in Group Fifth Harmony, “Work From Home”😘❤️❤️❤️

Norma I dropped this song in august and it’s February now and I am only listening to this for the first time!! I have missed out 😢 I love this song have it on repeat💚🧡💛

This song motivates me

Normani has come such a long way and deserves the best!

Not even Ariana’s clout save you from being a FLOP! How does it feels having a flop single? RAT

John Freeman over here - No originality and nothing unique. Just another dime a dozen nobody

If this is your best normani then you need to throw this turkey back into the oven with the rest of the unfinished garbage that you’ve given us because I’m not impressed with this music. You had potential with love lies and dancing with a stranger (mainly because two better singers carried your monotoned overgrown rear end hp the charts) but when you try to strike out in your own without a better singer to work off of we get this kidz bop garbage that’s to be frank not even worthy of being played on radio Disney. And I know that you paid off a bunch of celebs trying to get clout for this straight to karaoke flop tune but no matter how many celebs you pay off or how much payola you use Garbage is still garbage and this is exactly what it is. Hit auto tuned garbage supported by a fanbase that is clearly tone deaf. I think the biggest tell that this song was just a disaster waiting to happen was when I was trying to trudge through this terrible song and my mom asked why I was listening to an animal being tortured to death. I think she was close to calling peta as well because our next door neighbor was suffering from your ear bleeding nonsense as well.

Love normani so much😍 & motivation

Reminds me of early 2000s style

The beat that goes on it isn’t that bad, lyrics are not as good.

You Dms - she served and that’s that

people hate for no reason...like they could do better. HA

stream liar by Camila Cabello instead

Kkdivareed - LOVE IT. Buts it’s kinda a let down

I do love it but at the same time it’s kinda generic but that’s what happens when Ariana grande writes a song. Like it’s a good solo start for normi and it’s catchy but it’s just... ehhhh nothing fresh or new really.

Normani killed this song and the video

It’s a shame when u gotta slut urself out to the music industry. if Camila didn’t leave they wouldn’t all be tryin to sing about sex just to sell an climb up the charts. Britney Spears was much better to watch an listen to. It’s like watching an listening to a puppet auto tune Dollar general beyonce 🤦🏽‍♀️ # trash 🗑

Normani is next up she got the total package!

Ok I love alll the girls of fifth harmony but this song/video is everything omg. This girl is killin now and me like 🤣

Normani you have another fan. Whatever you are serving I am eating it up. Do you it's only up from here, hunni. You are OFFICIAL! 🔥🔥🔥🔥

I'm obsessed with this video. Still don't understand why radio is not supporting this. This is a hit!

She should stick to dancing cause her singing aint it

Song is kinda alright, is just a song made by a dancer so she can showcase her dance moves nothing else. Ok...

I mean what is this honestly. Heard it once and that’s suffice

the music video was insane but the song itself is just missing something. kinda tragic to see all that hype go to waste

wondering when her beyonce 101 class is gonna be over

This ain’t it. We bored

She is on fire with this new summer BOP 😍🙌🏼

This is bound to be the song of the Winter!

So proud of this amazing woman’s vocals and choreography. You were the star of 5th Harmony and your shine is showing now.

Makes me want to dance

Real Fan/Nation - The best of the best

Normani is such a superstar. She is the all in one package. She can sing, dance and she has the body all the celebrities pay to have . Please don’t sleep on her cause she has more to offer to this world . Plus her VMA performance was the best of the 2019 VMA. You’re a Legend Normani❤️ 🌠❤️ You’re a Queen 👑 You’re a Winner 🏆

I expected more than this! As a former 5th Harmony fan im disappointed with this song It is safe for me to say that Camila is always the stand out

fycsgjnkoknfrsx - Very good song but y it gotta have a price😒🎶🤑🙂

Very good song but y it gotta have a price😒🎶🤑🙂

So tired of these new female artist being the sad moody aura / attempt at being Rihanna. Motivation feels like the first genuinely happy/feel good song in a while, I love it and so excited for Normani’s future.

Can’t wait to see what direction she chooses next.

Awogirl - She is so great.

Finally getting the respect she needs. Yaaaas, queen.

duddiscarchi - The person who said yuck is yuck

They are probably a triggered camilizer

This song has been on REPEAT for the last few days! She truly deserves all the success in the world😍👏🏼

Christian from Canada - Love it

So happy that your getting bigger and bigger in your career. Finally your talent is being recognized

I cannot believe this girl was once in fifth harmony, that group was holding her BACK. The talent, the excellence she has is out of this world pls support Normani she deserves everything and more! A legend in the making 🖤🖤🖤

The song is an obvious Ariana Grande “Sweetener” reject. And the music video just plagiarises “...Baby One More Time”. She needs to find her own identity as an artist

Granted I’m the wrong side of 30 and perhaps this track is too young for the likes of me but as generic as it may well be for the radio plays/streams Normani is one to watch for the future. It makes a change from Ed Sheeran, Aitch, Billie Eillish etc!

did you send the number - this song made me pregnant

i’ve heard a million songs that sound just like this

CJ loves tattoos - WAY BETTER than Dancing With A Stranger

Rizzi246 - SHE IS COMING TO SAVE THE MUSIC INDUSTRY

Normani is the freshest thing that has blessed the music industry IN A LONG TIME. She has the whole package. No young artist at the moment does it like her and that is why we need her. I’m sick of guys in white t shirts holding a guitar and girls with messy hair in ripped jeans. That’s boring. I want the looks, I want the glam, I want a performance, I want it all, I want a true POP PRINCESS. Y’all better watch out. This is only the beginning for her

Work from home smashed, so will this😁so many love it.

Loved dancing with a stranger and love this too! Well done Normani and keep streaming people!

Simisimsima09876 - Perfect R&b pop track for this up and coming superstar!

This track is delicious, sexy pop and rnb candy. She is brand new and making so many moves in this music busy musically it exciting to watch.

RealDamo! - Hyped for the album

I like her voice, hopefully she shows her vocals skills on the album cuz she didn’t really do it on this song. But she didn’t need to cuz it’s not that type of song

Not my cuppa tea. Sounds like generic overhyped music, when there are artists like Alessia Cara who are overlooked.

Агмаиа - Camila is so much Better!

This is under average generic pop rubbish and it carries no meaning whatsoever. Camila is the more successful out of the two of them and her music is catchy and meaningful. Normani has done better.

you b*tches betta buy this and stream!!! old school music with hard working black women for the win

Her vocals are goals and she’s going away from the expectation of black artist to just Rnb. She took a risk . Good hit!!

She can do much better.

People have been hyping her up for months for her to release a generic song. She’s clearly chasing radio plays...

Absolutely love it. Its such a fun and catchy song. Going to be one of them ones that’s stuck in my head 😆

Love this song and the visuals that go with it. A true representation of an artist that works hard and deserves it! Well Done Normarni xoxo 😘

This song is so catchy and the video is CRAZY! Normani is stepping her game up.

she is that girl you know she is

That about sums it up. It’s just a cheaper and weaker version of Beyoncé’s ‘Check on It’. Not going to work in 2019.

Bennyrhys - NORMANI IS THAT BIT**

Normani, you have done it again. Constantly raising the bar for us all, and doing it flawlessly. I’d say I’m surprised but I know who you are. I’ve seen it up close and personal. Girl you make me so proud and I love you!

This is some REAL talent ⭐️

i love it my most favourite song right now

Song is a bop

Can’t get enough of this song!

This is amazing! The film clip is next level. Make this bop a smash please!

Normani’s song and video absolute winner! She is def talented and the song is soooo catchy!!! Love it! Def recommend it.

this is so good, praise the queen

sounds like an sweetener reject but it’s still great 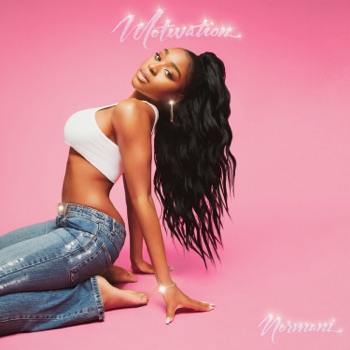